NOTE: I wrote this commentary a few days before my recent blog post, Can Jesus Inherit Lineage from his Adoptive Father Joseph?.

I’ve heard it said that there are two kinds of people in the world: those who define themselves by what they’re for, and those who define themselves by what they’re against. I know it’s really more complicated than that, but if you’ve spent any amount of time in the blogosphere, it might seem just that simple. I sometimes get the feeling that the Internet was created to assist the latter sort of person to quickly, easily, and sometimes anonymously express their opinions about who and what they oppose.

I try to define myself by what I am for and generally post blogs on whatever happens to be rolling around inside my skull at any given point in time. I also have participated in debates about the relative merits of Christianity, Judaism, Messianic Judaism, and Hebrew Roots (I’m using these terms in the most general way possible). I want to talk about some of the differences between certain groups, primarily Messianic Judaism and Hebrew Roots but first, I’d like to provide some links that quickly define Christianity and Judaism just to be able to set them to one side.

The next set of definitions are based on well over a decade of experience in the Hebrew Roots movement. Not everyone is going to agree with me, but as I’ve suggested, that’s the nature of the blogosphere and probably human nature as well.

Nearly a year ago, I wrote a blog post called What is Messianic Judaism, so you can refer back to that for additional details, but as far as a thumbnail sketch goes, the following should serve fairly well.

Messianic Judaism, in its ideal form, is a stream of Judaism that operates alongside the other branches of Judaism such as Orthodox, Conservative, Reform, and so on. It’s principle difference is the belief by the Jewish adherents within that stream that Yeshua (Jesus) of Nazareth, as we see him in the Apostolic Scriptures, is the prophesied Messiah, who came once to redeem humanity from sin, and who will come again to liberate Israel, restore the captives to their Land, and usher in an era of worldwide peace.

In its current form (again, I’m speaking generally), the majority of members of Messianic Jewish congregations are non-Jews who have chosen to come alongside the Jewish believers while maintaining the distinction between Jews and Gentiles worshiping within a Jewish context. Messianic Jewish groups are led by the Jewish membership, and established by and for Jews in Messiah. Additionally, like other Jewish streams, many traditional and cultural practices are upheld, such as common halachah observed by many religious Jews. Both Torah and Talmud are studied, the traditional festivals are observed, observance of a Saturday Shabbat is practiced, and worship services are what would be found in any synagogue setting.

Hebrew Roots is a general umbrella term defining groups of primarily non-Jewish believers in Yeshua (Jesus) who adopt some Jewish/Hebraic religious practices and traditions to varying degrees. There are a number of sub-sets within Hebrew Roots, the two primary groups being:

I want to make clear that my definitions are extremely general and within those two groups, there are multiple (probably hundreds) variations of belief and practice. Also, “Hebrew Roots” can include any congregation of Christians (though most won’t claim that particular label), that incorporate some “Jewishness” in their religious lives. This could include church services that use certain Hebrew words, keeping a “kosher-style” diet based on Leviticus 11, wearing kippot and tallitot during services, but not necessarily believing that the full yoke of Torah is incumbent upon them, let alone any significant number of traditions. The one element that unifies all Hebrew Roots groups is the belief that something went wrong in traditional Christianity, usually its historic rejection of the Jewish/Hebrew identity of Jesus and his teachings. The label “Hebrew Roots” is used to separate this group of non-Jewish believers from what they see as the flawed theological, doctrinal, and cultural identity typically associated with the “Christianity” label.
Just to give you an idea of how some Hebrew Roots groups define themselves, I culled the following comments from a One Law blogspot:

As for Seventh-Day Adventists…don’t know much about them except they are Christian and, therefore, anti-Judaic.

In short, the Christian message to Jews is anti-Judaic: “Stop practicing Judaism!”

Yeshua kept the Law, but not any form of Judaism.

Are these convictions worth dividing over?

I believe so. We can’t build Messianic communities in the same way that Christians build their communities.

Admittedly, these comments were taken out of context (I added the emphasis because it was apparently missed before), but as you can see, they communicate a less than complementary attitude toward any form of Christianity and sometimes Judaism (although arguably, each and every one of the non-Jewish followers in this movement are Christian by definition).

To be fair, I should mention that at times, there is a positive and supportive connection between Hebrew Roots and the Christian church.

Now that I’ve got all that out of the way, what good can I say about Hebrew Roots? It’s not a matter of whether or not I agree with their basic doctrines. What we all share is faith in Jesus Christ. In that sense, Christianity, Messianic Judaism, and Hebrew Roots have a common Messiah and thus a common bond. Where we differ is how we conceptualize the meaning of the Messiah in our lives and what we believe our response should be to him and to the human beings around us. Probably thousands if not tens of thousands (or more) books, blogs, and websites have been created and dedicated to waging the “war” between Messianic Judaism vs. Hebrew Roots, or Hebrew Roots vs. Christianity, or Christianity vs. Messianic Judaism. I don’t want this to be another blog post carrying on the battle.

I’m not saying I won’t complain again, but I want to take this opportunity to say that in spite of our different outlooks, we must admit that we have things in common as well…all of us who claim the name of Christ, though others call him Messiah.

We believe in the God of the Bible. We believe that all of the Bible is “inspired by God and profitable for teaching, for reproof, for correction, for training in righteousness” (2 Timothy 3:16). We believe that Jesus (Yeshua) is the Messiah spoken of in the Jewish prophesies, that it was necessary for him to come once to redeem us from sin, and that he’ll come a second time to establish the Messianic Kingdom and bring world-wide peace. We believe that Jesus taught from the Torah and the Prophets, and that we all have a responsibility to follow teachings such as feeding the hungry, clothing the unclothed, visiting the sick, comforting the grieving, and performing many other acts of kindness as “the weightier matters of the Torah.”

Hebrew Roots folks also uphold the “Jewishness” of Jesus and his Apostles, the continued authority of Torah, the continued Jewish practice of Paul, of Paul not teaching against Torah, the continued vital importance of the Jewish people and Israel in God’s plan. Traditional Christianity isn’t as good at recognizing this and although some of the details between Messianic Judaism and Hebrew Roots differ, we all should recognize what we hold as common beliefs. 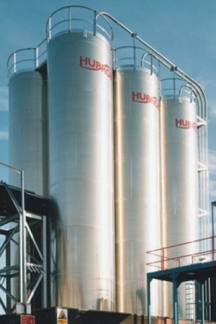 But as long as we continue to define ourselves by who we oppose, we will always be stuck inside our little silos and the only people we will ever talk to is ourselves. One of the reasons I chose to return to a church worship setting is that I didn’t want to get stuck in a silo. I wanted to talk to people who didn’t always think like me, in order to build bridges, share information, and contribute to mutual learning “across the aisle.”

Given my regular meetings with my Pastor and some other relationships I’m nurturing within the church I attend, I think I’m headed in the right direction. Nothing is perfect, and sometimes I become frustrated and discouraged, but overall, I’ve been able to express a number of my opinions and beliefs and not only have I not been given the boot yet, but some people seem authentically interested in continuing our dialog.

That wouldn’t be possible if I took the attitude that anyone who isn’t like me or who doesn’t think or believe as I do must be “bad.”

I once heard President and Founder of First Fruits of Zion (FFOZ) Boaz Michael say (this isn’t an exact quote) that hitting someone over the head with a Torah scroll won’t give them a different insight into the Torah. We can’t just beat people up with our beliefs. Plenty of atheists complain that Christians are hitting them with their Bibles in their evangelical efforts and guess what? Hostile or aggressive behavior doesn’t change people. You can’t yell at someone as an effective method of convincing them your position has merit. You certainly can’t inspire someone to listen to you if you call them names and denigrate their faith and their worship context.

But we all do that all the time.

While I agree there are some lines in the sand I am not willing to cross, I also must admit that it is important to acknowledge good in someone when you see it, even if you don’t agree with that person on other occasions. In the blogosphere, we all get caught up too much in being theology police. Building the road to accepting each other as members of the body of Messiah requires a willingness to talk to people who are different than you, and to listen to them as well. You may never come to a place where you will always agree on everything, but you may build a place where two people who both love Messiah can get together and share who they are with each other. Once you do that, who knows what you could end up learning and building upon the foundation you’ve started?

Every person you meet has a wellspring deep inside.

If you can’t find it, your own wellspring needs clearing.
Remove the rust from your shovel, sharpen its blade, and dig harder and deeper.

Addendum: August 8, 1:15 p.m. Mountain Time: Peter, the person who commented below, chose to take our conversation back to his blog. To be fair, I thought it was important to display the continued results of our dialog which can be found in the comments section. I see we have a long way to go.

8 thoughts on “What Good is There in the Hebrew Roots Movement?”