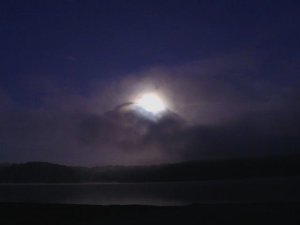 The Gemara extrapolates from the verse – “from night until morning” – that there is no other service that is performed specifically at night other than the Menorah. Ben Yehoyada suggests that the reason the service of the Menorah is specifically at night is that the Menorah alludes to Torah and the primary time to study Torah is at night when a person’s mind is clear and he is free of his daily responsibilities. This follows Chazal’s statement in Eruvin (65a) that the night was created for Torah study. This concept is also recorded in Shulchan Aruch where he writes that one must be more careful with the learning that he does at night than the learning that he does during the day. Mishnah Berurah further elaborates on the importance and value of studying Torah at night and writes that when Torah scholars study Torah at night it is considered as though they are performing the service of the Bais Hamikdash. Furthermore, the Divine Presence stands opposite those who study Torah at night.

Night time sharpens, heightens each sensation
Darkness stirs and wakes imagination
Silently the senses abandon their defenses
Slowly, gently night unfurls its splendor
Grasp it, sense it, tremulous and tender
Turn your face away from the garish light of day
Turn you thoughts away from cold unfeeling light
And listen to the music of the night

If you consider “night” to be any time the sun isn’t shining in the sky, then this teaching certainly fits onto the foundation upon which I laid this blog and what Rabbi Tzvi Freeman at Chabad.org presents here:

When you get up in the morning, let the world wait. Defy it a little. First learn something to inspire you. Take a few moments to meditate upon it. And then you may plunge ahead into the darkness, full of light with which to illuminate it.

A continuation of the commentary of Menachos 89 seems to support this idea, which works well for me as an early riser.

Mishnah Berurah writes that according to Kabbalists the primary time for Torah study is from chatzos until the onset of the morning. Shulchan Aruch HaRav writes that at the very least one should arise before morning to learn for some period of time at the end of the night.

Other Poskim support the opposite viewpoint, advocating for Torah study in the evening and then reciting the Tikun Chatzos before retiring. From an outsider’s perspective, it might be the difference between being a morning person and a night person.

For me, it’s helpful to start the day pondering God. Each day in an ordinary work week has its fair share of challenges and disappointments and, like a house, how or if it will stand depends on the solidity of the foundation. To build on “the Rock”, so to speak, means your “house” has a better chance of weathering storms. I suppose that’s why I created “Morning Meditations” rather than “Evening Meditations”. 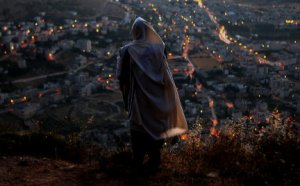 At sundown this evening, the festival of Shavuot begins (at the end of the Omer count), which commemorates the giving of the Torah to the Children of Israel at Sinai. It is one of two times of year (the other is Simchat Torah) where God’s gift of the Torah to the Jewish people is specifically recognized and celebrated.

Just a few days ago, I wrote a blog post regarding my small understanding of the Torah. To continue from that beginning, the Torah is the illustrative force in the life of the Jewish people and it defines them as who they are, why they exist, and their specialness in the eyes of God. Since the days of Moses, “the Torah was to go forth from Zion and the Word of God from Jerusalem” (paraphrasing Micah 4:2) and even traditional Jewish sages admit that Christianity has been one vehicle by which the principles and teachings of God have reached an unbelieving world. Perhaps it’s no coincidence that Shavuot and Pentecost, the observance of the giving of the Holy Spirit to Christ’s disciples in Jerusalem, happen on the same day.

This should be a night of joyous celebration as we let ourselves fully realize how God has abundantly reached out to humanity with His love, His wisdom, and His mercy. Both Jew and Christian can consider themselves greatly blessed by all that God has done for them; what God has done for us all.

But my greatest joy is not in singing or eating or in partaking of any other outward celebration with people, but in arising early each morning, before the sun begins to lighten the eastern sky, and alone in the silence, opening the pages of the Bible, delaying the start of day for a tiny march of minutes, while I pray, thank God, and then meditate upon His Word, letting it illuminate the darkness of the night.

At Mount Sinai, tradition tells, there was no echo. Torah penetrates and is absorbed by all things, because it is their essence. There is no place where it does not apply, no darkness it does not illuminate, nothing it cannot bring alive. Nothing will bounce it back and say, “Torah is too holy to belong here.”

One thought on “Torah of the Night”