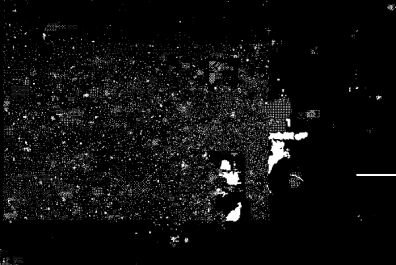 At the conclusion of Mishpatim – after almost an entire Torah portion that addresses matters not directly related to Mattan Torah, the giving of the Torah – Moshe is told: “Go up to G-d.” (Shmos 24:1) Rashi explains (Commentary of Rashi ibid.) that this took place on the fourth of Sivan, prior to Mattan Torah.

The Lord said to Moses, “Come up to Me on the mountain and wait there, and I will give you the stone tablets with the teachings and commandments which I have inscribed to instruct them.” So Moses and his attendant Joshua arose, and Moses ascended the mountain of God. To the elders he had said, “Wait here for us until we return to you. You have Aaron and Hur with you; let anyone who has a legal matter approach them.”

Regardless of the differences between the world’s wide spectrum of religious disciplines, they share one, basic, common goal: to understand God. How we conceive of God and the mechanics and meaning behind the process of finding Him (or her, depending on your tradition) varies tremendously across different cultures and across the panorama of history, but in the end, we want and even need to connect to something that is larger than us, and to find out why we are here and where our place is in a universe.

In Judaism, this process has two parts: God descending to man and man ascending to God. Both of these parts happen at the end of Mishpatim, and the climactic moment of this week’s parashah, in some sense, mirrors the desires of every person of faith. This is why we study the actions of the Creator: to learn the nature of God. It is also why we study people who have had personal encounters with the Creator…because those people have learned something of the nature of God. I like how Rabbi Tzvi Freeman expresses the thoughts of the Rebbe in this matter:

Science is the study of those things G-d thinks about,
by one of His thoughts.

Torah is the study of G-d thinking.

We do not have the privilege of ascending Sinai as God has descended upon it, and the ability to encounter God within the smoke and the flames, but like my previous description of how Moses encountered God, we also have two parts to our own process of approaching an understanding of Him: we can study the universe and we can study the Torah. As Rabbi Freeman points out, the first is studying what God thinks about and the second is studying God as He thinks.

I’m not discounting prayer at all and prayer is a vital component in establishing and developing our relationship with the Creator, but we are not only called to experience God in a spiritual and emotional sense, we are also called to experience Him in thinking. We need to understand, at least to the limits God built into the human mind.

This is why the Torah has manifested as a document or series of documents that is tangible and lends itself to study and multiple layers of interpretation. It’s why humanity has spent countless centuries pouring over every tiny bit of text and arguing with ourselves and each other over meanings both obvious and arcane. This is why the Bible can be read in your native language, pointing the way to the Kingdom of Heaven, and still allow God to be a complete mystery in every single aspect.

God seeks to dwell among mankind, but our ability to “know God” is something we struggle with all our lives. As human beings, we often make the mistake of thinking that God is knowable in the same way his creations are knowable. We mistake how we can learn what God’s thinking about by studying His universe (which we don’t understand all that well, either) with understanding the process of God thinking by studying the Bible. And even in studying God’s “thought process,” our ability to truly comprehend more than a tiny fraction of anything at all regarding God, is extremely limited. The world is filled with commentaries (including this one), in bookstores, in libraries, in seminaries, and particularly on the Internet, with a stream of endless text purporting to explain the nature and character of God, including that which is secret and that which may only be known to a favored few “prophets”.

But what do we know?

One who is unqualified can never assume that he understands the depths of halachah like a genuine posek. It is astounding how even the most apparently obvious halachos can sometimes be much more complex than they appear on the surface.

A certain man was assumed to be a kohen for many years and redeemed many bechoros. One day he was confronted with an unexpected visitor to town who claimed upon his arrival that this kohen was really no kohen at all! To the surprise of everyone in the town, the man who had been assumed to be a kohen for so many years admitted that he was not a kohen. People wondered what the halachah was in such a case. Was this man still considered a kohen? Did all the many bechoros that he had redeemed need a new pidyon? Although they figured he was now like a yisrael in every regard since presumably he had nothing to gain by accepting this man’s testimony — and this is the halachah whenever
someone believes one witness—they decided to consult with a competent posek. 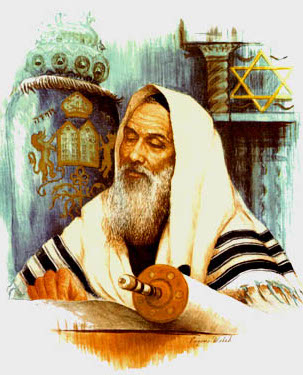 Here we see two things. We see that not everyone is qualified to interpret the Bible and, even more so, to plum the depths of halacha related to Jewish understanding and ritual observance, and we also learn that one may successfully misrepresent himself as a person who has a special religious or teaching authority when in fact, he does not. Beyond the fact that there are false prophets, charlatans, and religious hucksters in the world who have some sort of religious ax to grind, there are also people who are seemingly well-meaning and sincere, but who are also naive or just plain ignorant about how complicated it is to study the text and arrive at meaningful conclusions. There are people who feel they have a special calling to arrive at these “meaningful conclusions” and to teach them to others, perhaps because of some emotional need, when that special calling is only an illusion. Anyone can create a web site or a blog (even me).

I’m not trying to discourage anyone from honest study and exploration on the path that leads to holiness, (which is, after all, what I’m trying to do) but there’s a difference between being one pilgrim on the road who asks questions and reaches for the Heavens, and someone who is a true posek and tzaddik who has spent all of his or her life and resources in acquiring the knowledge to fulfill a position that only God can assign.

I am the former and not the latter, but I still need to ask the questions, record my observations and, if necessary, accept (hopefully) gentle rebukes from those who are authentically learned (as opposed to the scores of folks out there who only think they are) as to where I’ve made my mistakes.

And I’ve made mistakes.

And I will no doubt continue to make mistakes as I attempt to learn, throughout the rest of my life.

But it’s worth it if, in the end, I am allowed to even approach the tiniest thread trailing from the hem of the garment of God.

But, as I said, there are limits.

The above allows for an extended interpretation of a famous statement of our Rabbis: (Bechinos Olam, sec. 8, ch. 2; Ikarim, Discourse II, ch. 30; Shaloh 191b.) “The ultimate of knowledge is not to know You.” The simple meaning of this statement is that a person should realize the limits of his intellect, and therefore understand that knowing G-d is impossible, for He transcends all limits. There is, however, an allusion to the concept that when a person has fully developed his mind, he appreciates that even the concepts which he knows possess an inner dimension which transcends intellect. And going further, one can infer dimensions of G-d that are infinite, internalizing this knowledge to the point that it shapes our personalities.

As I’ve already mentioned, our limits are built in, but that doesn’t mean there isn’t a great deal we can learn, as long as we are mindful that we do have limits and know where those limits are set. Some men are great scholars, while others will only rise to the level of a humble and seeking student. Some women have been appointed by God to be learned sages, while others may only reach the most elementary levels of Torah comprehension. This does not make one of us better than another in God’s eyes, or make the learned more loved and cherished by the Creator than the struggling disciple. It only means that we have our roles and our boundaries which have been set for us as God has set the limits to the sea and the sky. 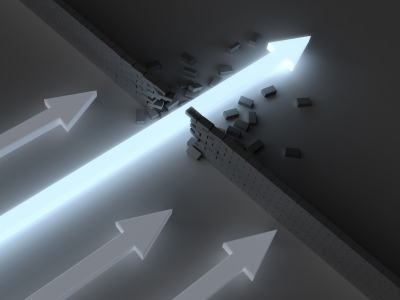 Of course, we must make certain that the limits we acknowledge are those set by God and not by us. Just as an overly ambitious or arrogant person can elevate himself to a station higher than God intended (and eventually fall an equally great distance into a spectacular abyss of defeat), so can a person fail to rise to the level God has apportioned for them, not recognizing that they can seek and learn and understand more than they have imagined (or more than someone else told them they were allowed). Seek the level that God has set; learn to see when you still have miles to go on the trail and when you have reached the point where God has said, “no further”.

But even when you have reached that limit, realize that it’s not truly the end.

Knowledge of G-d in this manner anticipates and precipitates the coming of the Redemption, the era when “A man will no longer teach his friend…, for all will know Me, from the small to the great.” (Jeremiah 31:33)

“Knowing, and Not Knowing”
-Rabbi Touger

“When we try to pick out anything by itself, we find it hitched to everything else in the Universe.”

3 thoughts on “Mishpatim: The Boundaries of Knowing God”