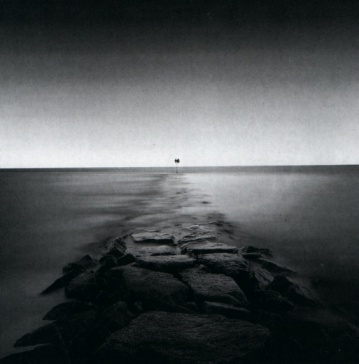 Once in a while, He seems to be peeking through the latticework of our world, filling the day with light.

But then there are times He hides His face behind a thick wall, and we are confused.

We cry out to Him, loudly, for He must be far away.

He is not far away. For the latticework is His holy hand, and the walls themselves are sustained by His word.

-Rabbi Tzvi Freeman
“Hiding Behind His Hand”
Based on letters and talks of the Rebbe
Rabbi M. M. Schneerson
Chabad.org

In Torah-study the person is devoted to the subject that he wishes to understand and comes to understand. In davening the devotion is directed to what surpasses understanding. In learning Torah the Jew feels like a pupil with his master; in davening – like a child with his father.

I have to keep reminding myself that there is something bigger than humanity. If I ever stop, my faith in just about everything would completely collapse, especially in human beings. It seems like every time I turn about (virtually), someone else is saying that all religious people everywhere are fanatics. I have to keep reminding myself that, for some people, all they know about a life of faith is from those people and groups who only pretend to honor the God of the Bible. I have to remind myself that the only “Christians” some folks are aware of are those who use their religion as an excuse to spew out their vile, personal hate.

No wonder other religious people as well as agnostics and atheists hate Christians.

But it makes me wonder.

If all Christians everywhere are judged by the behaviors of a few, fringe fanatics, doesn’t that make the people doing the judging prejudiced and bigoted?

I know that even the best among the body of faith take heat for evangelizing to the “unsaved”. From the Christian’s point of view, he or she is fulfilling the mandate from Christ (Matthew 28:18-20) and sincerely trying to keep another living human being from “eternal damnation” (I put these terms in quotes because they are very “Christian-centric” and not easily understood outside the church).

I know that although we are not of the world, we are supposed to be in it (John 15:19, Romans 12:2), if only to live the lives we are created for, to do our part in repairing the world, and to prepare our environment for the Master’s return (“and even though he may delay, nevertheless every day I anticipate that he will come”…from the Rambam’s Thirteen Principles of Faith).

But most of the rest of the world still thinks I’m a schmuck.

Trying to convince them that not all people of faith are “the enemy” seems hopeless. The secular “haters” outnumber me by quite a bit, and as I’ve said before, I guess I should have expected this. I guess it’s especially difficult to take when people who I like and otherwise get along with continually bombard me with “religion is evil” messages day in and day out.

Judaism’s answer, according to Rabbi Freeman’s interpretation of the Rebbe is:

The first thing needed to fix this world is that Jews should love each other and be united.

And this can begin even without a planning committee and without funding.

It can begin with you.

That can work for the church too, but this strategy often involves defining yourself by who or what you oppose. How can you oppose the world and not expect it (and them) to oppose you? Doesn’t that make it difficult to have conversations? Does that mean the church becomes a self-contained box and only talks inside of itself? How do you spread the Gospel of Christ that way, or do you only “spread” it inside the church?

All that said, maybe the only way to survive with faith intact is to withdraw periodically. I think that’s what prayer is like sometimes. It’s what Shabbat would be like for Christians if Shabbat were permitted to the non-Jew.

It’s almost a shame that my primary template for understanding Christianity is traditional Judaism, because the vast majority of Jews are completely opposed to everything I stand for. Somehow, I manage to fit a square peg into a round hole, but perhaps only in my own imagination. 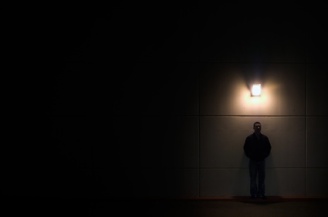 I’ve always thought that Christian hymns like just you and me, Jesus were terribly self-centered and driven by the desire to contain the King of the World within a single, human relationship, but I also see the appeal. It’s easy, when you don’t feel as if human beings are friendly, approachable, or even trustworthy, to want to withdraw from humanity all and only trust the Divine.

Of course, that strategy presupposes you have the ability to trust God, but then, that’s one of the interesting things about people who oppose religion. Sometimes people like them and people like me have a thing or two in common.

But I learned long ago that you have to trust someone. If God can’t be trusted, then life is hopeless.

Do kindness beyond reason.

I could spread light throughout the world from today until the day I die and most people would continually refactor and redefine the light as darkness, just in order to keep fitting me into how they define religion. In the end, I have to hide some tiny spark of His infinite light  deep inside of me and somehow manage keep it kindled. The horrible alternative is to surrender to terror and a perpetual descent into the abyss, watching both people and God dwindle in the increasing distance between us.

As opposed to people, God is supposed to be the ultimate inclusionist. I certainly hope so.