Do you want to enhance your life? Keep repeating throughout the day, “I love you, Hashem, my strength.” As you repeat this a number of times each day, you will feel yourself being strengthened spiritually and emotionally. You will be able to remember that Hashem is your Rock, your Fortress, and your Rescuer (Psalms 18:2,3). Hashem is the source of your strength. Recognizing this, gives you an inner strength that will sustain you on a high level each and every day.

As I write this, it is the morning of the last day of Rosh Hashanah as it is traditionally celebrated. Yom Kippur is yet to come but it is fast approaching. Many Jews around the world are rapt in solemn awe of God and praying, repenting and seeking forgiveness and redemption for themselves, their loved ones, the state of world Jewry, and the state of the world.

I said not too long ago that it’s important to take care of yourself. Letting yourself get beaten up too much, even for the sake of Heaven, could inhibit you from performing those tasks that God set before you for the sake of Heaven. While it is important and sometimes even vital to “fight the good fight,” it is also said that you should “choose your battles.” Remember, especially in the blogosphere, there are many, many people who argue for the sake of arguing, though they will always tell you that they have a more noble point to make. I suppose it should be easy to pick out the toxic people who blog or worse, who are part of your face-to-face life, and then avoid them, but engaging such people and trying to “debate” them is like staring at the aftermath of a terrible auto accident. It’s horrible to watch, but you can’t turn away.

But that’s not the point of life nor is it the reason God caused each of us to come into existence.

As young boys, Abaye and Rava were sitting in front of Rabbah, when Rabbah asked them, “To whom do we speak when we are saying a brachah?”

Abaye and Rava both said that it is to ‫ – רחמנא‬the Merciful One— that we daven. When Rabbah asked them where ‫ רחמנא‬is found, Rava pointed toward the beams of the roof, and Abaye walked outside and pointed to the sky. Rabbah declared, “You are both destined to be great Rabbis! This is what is meant when people say that large squash plants can be detected from when they are already just blossoming.”

We often find Hashem referred to as “‫ – רחמנא‬The Merciful One”. This is rooted in our belief that everything Hashem does is only for our benefit. Hashem is infinitely compassionate, and He is merciful and kind in all His ways. When we recite blessings before we eat, it is an expression of our belief in Hashem’s precise supervision and specific care of all aspects of the world. Our proclaiming a brachah inspires an influence of holiness upon the world, and all spiritual entities associated with this food and the process involved in its preparation are activated.

That’s closer to the point. “This is rooted in our belief that everything Hashem does is only for our benefit. Hashem is infinitely compassionate, and He is merciful and kind in all His ways.”

For some people, the solemn, august ceremony of Yom Kippur may not particularly emphasize God’s compassion and mercy. Particularly for non-Jews or Jews who were not raised in a religious home, encountering Yom Kippur “abruptly” in the middle of your life may seem not just humbling, but humiliating. You have sinned. You have failed everyone who depends on you, and you have failed God. How is it possible to approach the Throne and beg for another chance, another year, another life? After all, you’ve failed so often and so severely. People don’t change. People can’t change (or can we?).

Last year at this time, I wrote a blog post called Dancing with God on Yom Kippur. Seems like a rather odd image, but actually, it’s more appropriate than you might imagine. God is all about second chances. God, of course, knows how frail and error-prone we human beings are, and how easily we are lead astray, most often by our own delusions and desires. We think God wants us to talk incessantly when He really wants us to be quiet. We think God wants us to be a warrior, battling everyone who has a different theological bent than we do, but He really just wants us to be lovers of peace.

All things being equal, human beings would mess up a free lunch. We are the only elements in all of God’s Creation who don’t understand how to fit in and live our lives purposefully. 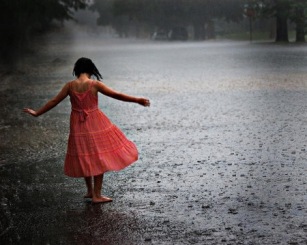 It takes great strength to face the worst aspects of who you are. It takes enormous courage to say, “I’m wrong” and “Will you forgive me?” not just to God, but to other people you or I or anyone has hurt. Most people don’t have that kind of strength and courage without humbling themselves before God. Most people defend themselves by becoming defensive and never imagine that they have made mistakes. Well, perhaps in their heart of hearts they do, but they fear the sense of self-humiliation that they think will accompany apologizing and making amends. They think it will trap them in a downward spiral of depression but in fact, it is ultimately liberating.

Remember what Rabbi Pliskin advised: “Keep repeating throughout the day, ‘I love you, Hashem, my strength.’ As you repeat this a number of times each day, you will feel yourself being strengthened spiritually and emotionally.”

It may seem like a strange paradox, but in order to gain the strength we need to serve God in the coming year, we must become the least of all people, humbling ourselves even though we are terrified of feeling humiliation. We must become the least of all creatures, smaller and more helpless than even an infant. In humility, as children of God, we have the right to ask for His mercy. It is in our weakness that we are strong.

For the sake of Christ, then, I am content with weaknesses, insults, hardships, persecutions, and calamities. For when I am weak, then I am strong. –2 Corinthians 12:10 (ESV)

I love you, Hashem, my strength.