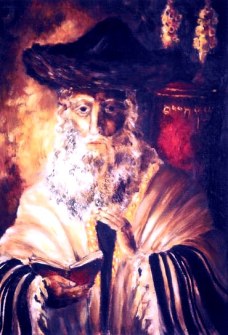 “So do not worry about tomorrow, for tomorrow will bring worries of its own. Today’s trouble is enough for today.”

Where do I begin? As I write this it’s Sunday afternoon. I’ve been back home for a few hours having returned from the First Fruits of Zion (FFOZ) annual Shavuot conference. This year’s theme was Gifts of the Spirit and the event, which was held in Hudson, Wisconsin from last Tuesday through last Saturday, was emotionally, spiritually, and educationally dense with content and meaning.

I’ve got enough material in my notes to blog for the next week or two, but not having gotten a lot of sleep last night, where do I begin so there’s a “morning mediation” for Monday? How about beginning at the end?

The very last presentation on Saturday, which was given by Boaz Michael, included a summary of the entire conference including an extensive question and answer series. We were all rather tired by that point, and I think it helped to generate some recall of the main points that were presented by all of the esteemed speakers. Here are just a few of the things that I recall at the moment. My notes are kind of “scribbly” and my thoughts are rather “fuzzy” right now, so I can’t promise that my quotes are exactly word for word.

One who focuses on and romanticizes Judaism is focusing on the hammer and not the house it is intended to build.

I’ll revisit Troy’s “midrash” in subsequent blog posts because there are so many applications for this piece of wisdom that could be useful. This connects to something Boaz presented about our faith in general, whether we call it Christianity, Messianic Judaism, Hebrew Roots or anything else. Most believing communities tend to focus primarily on one of three things, usually at the cost of the other two:

I know that many churches emphasize the Gospel of Jesus Christ, which isn’t such a bad thing, but they usually miss what the Gospel really means (I’ll get to that in a later blog post). I know that my own church tends to be Bible-based, which again, isn’t such a bad thing, but then we tend to not rely so much on the movement of the Spirit of God. Also, both Messianic Judaism and Hebrew Roots have focused heavily on the Torah, sometimes all but ignoring the Messiah and certainly the Gospel message of the Kingdom and the Holy Spirit. Charismatic/Pentecostal churches (which were discussed at length, and often in a complimentary fashion…I’ll get to that too in another blog post) have a main emphasis on “gifts of the Spirit,” often at the expense of the Bible and much of what Jesus actually taught.

Now imagine these three elements are each a leg on a three-legged stool and they are all that is holding up your faith and your congregation. If you have only one or at best two legs, you’re not going to be “on the level,” so to speak. If you try to rest your faith (or your tuchas) on it, you’ll fall to the floor.

My good friend Tom once told me, “Don’t seek Christianity and don’t seek Judaism, but seek an encounter with God.” He probably got the point of the conference long before the conference was ever held. We can all have our pet emphasis within the faith and be so involved in what we think is so important that we miss what God thinks is so important.

I want to tell a really long story. I’m doing this from memory and I don’t know the original source. This wasn’t even part of the “official” conference. It’s a story told by a guy named Yoshi one evening after one of the meals.

There was once a very simple but honorable and devout Jew who lived in a small town in central Europe. He desired to pray sincerely and fervently to God but did not know how to use his siddur. During prayers at his synagogue, he only knew how to pray starting at the front of the siddur and working his way, page by page, all the way to the back.

As you might imagine, this took a great deal of time.

He appealed to other Jews in his community but either they knew little more about the matter than he did or they didn’t seem to have the time to help him.

Then one day, the Baal Shem Tov visited his community. The man thought to himself:

Surely the Baal Shem Tov can teach me to pray.

The man appealed to the Baal Shem Tov to help him understand how to pray using his siddur. Having pity on the man and seeing how sincere his desire to honor God was, the Baal Shem Tov placed many notes and bookmarks in the siddur, designed to guide the man on how to perform the different daily prayers as well as festival prayers and prayers for other occasions.

A few months passed by and the simple and devout Jew was so happy that he was honoring God by properly praying from his siddur in a manner correct for each of the daily prayers and prayers for special occasions.

During one prayer service, the man accidentally dropped his siddur and all of the loose bookmarks and notes fell out.

The poor man was devastated. He had no idea how to arrange the notes and bookmarks back into their proper order. Sad but determined, the man did the only thing he knew how to do…start praying from the beginning of his siddur, and work his way, page by page, to the end of the siddur.

The man got to the river and was frantic. He just had to find the Baal Shem Tov. Then he remembered that he too had a handkerchief. Taking it from his pocket he thought:

If it worked for the Baal Shem Tov, it should work for me.

As the man was catching up to him, in the distance, he saw that the Baal Shem Tov had come to the edge of a large canyon. There was no bridge across the canyon at that spot, so the man thought he could surely catch up to the Baal Shem Tov this time.

But this was not to be. Once again, the Baal Shem Tov took his handkerchief, spread it out across the canyon, and walked across.

By the time the man got to the edge of the canyon, the Baal Shem Tov was gone again. Remembering his own handkerchief and his experience at the river, the man thought:

If it worked for the Baal Shem Tov, it should work for me.

But the Baal Shem Tov was puzzled:

When you were following me, did you not see me at the river?

Then how did you cross the river to follow me?

I did what you did, placing my handkerchief over the river so I could walk across.

The Baal Shem Tov pondered for a moment and then asked:

Did you not see me at the edge of the canyon?

The man replied in the affirmative, and the Baal Shem Tov asked how he managed to cross the canyon.

I did what you did, placing my handkerchief over the canyon so I could walk across.

The man again pleaded with the Baal Shem Tov to teach him how to pray by replacing all of the notes and bookmarks he had originally created.

The Baal Shem Tov placed his hand on the young man’s shoulder and replied:

You do not need me to teach you how to pray. Just keep doing what you’re doing. You’ll be fine.

I know that was a very lengthy tale, but it speaks to what you read earlier, both from Matthew 6 and from Troy’s “midrash.”

It matters less how you pray or what sort of rituals you use than the state of your heart when you are seeking God. Even the simplest of men can do great miracles and draw close to God if he seeks first to build the Kingdom of God by the Spirit rather than just focusing on and romanticizing the hammer.

I’ll present a more organized series of reports about the FFOZ Shavuot conference after a good night’s sleep and further reflection.

6 thoughts on “Gifts of the Spirit: Don’t Change a Thing”