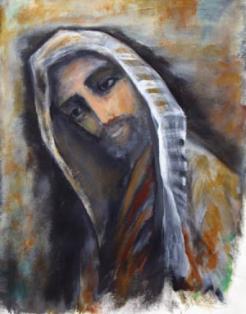 Then he returned to the man of God, he and all his company, and he came and stood before him. And he said, “Behold, I know that there is no God in all the earth but in Israel.”

From that time Jesus began to preach, saying, “Repent, for the kingdom of heaven is at hand.”

And he said to them, “Go into all the world and proclaim the gospel to the whole creation. Whoever believes and is baptized will be saved, but whoever does not believe will be condemned. And these signs will accompany those who believe: in my name they will cast out demons; they will speak in new tongues; they will pick up serpents with their hands; and if they drink any deadly poison, it will not hurt them; they will lay their hands on the sick, and they will recover.”

Curious combination of scriptures. What could they possibly have to do with one another? Oh sure. The quotes from Jesus seem to mesh, linking the Gospel message with the Kingdom of Heaven. But do they link in the way we think they do? Perhaps not.

Last Friday morning, Aaron Eby spoke at the First Fruits of Zion (FFOZ) annual Shavuot conference on a topic called Turn of the Age. The message focused on what we see the Master saying in Matthew 4. It wasn’t the last time Yeshua would speak those words and those words also resonated throughout many different teachings at the conference.

The Kingdom of God is near. What does that mean?

Here’s a hint: it’s not Heaven.

That’s not Heaven either. We see the prophet telling us of the events that will herald the coming Messianic Age, when the Messiah King will rule over all the earth from his throne in Holy Jerusalem.

But if this is what Jesus meant by the Kingdom of Heaven is near, how could it be near? Almost 2,000 years have passed since he spoke those words, and the Messianic Age is no more upon us now than it was when the Master taught his disciples in the Temple courts. What is “near?”

From that time Jesus began to preach, saying, “Repent, for the kingdom of heaven is at hand.”

What does repentance have to do with bringing the Messianic Age? For that matter, what is the “good news” of the Messiah?

According to Eby, it has nothing to do with personal salvation. But let me back up a second.

Yes, of course, personal salvation is important and even vital to us as individual believers. We cannot even know God to the slightest degree unless we repent of our sins, confess Christ as Lord, and accept the gift of salvation. I know that.

But that’s not the entire message or even the primary message of the Gospel.

In America and many other western nations, Christianity is taught as a religion of individuals. Oh sure, we have the expression “body of Christ,” but we don’t act much like a body. Judaism, by contrast, is much more community focused. The idea and lived expression of “Israel” has never been about the individual Jewish person, but about all Jews everywhere, inextricably tied together with all other Jews, regardless of where they live, what language they speak, their local customs, or anything else. Yes, it is true that not all of the different groups of Jewish people get along all the time and there can be much friction, but at the end of the day, so to speak, a Jew is a Jew. Just take a look at Shoah and you’ll understand. When they come for one Jew, they come for all Jews.

The Good News is not just the message of personal redemption but of national redemption for all of Israel; it’s the good news that the Messiah King has come and that Israel has been restored and brought back to God as a Holy People and as the head of the nations.

So when they had come together, they asked him, “Lord, will you at this time restore the kingdom to Israel?”

Clearly the apostles understood the message of the Good News of the Kingdom, not of going up to Heaven but of Heaven coming to earth, so to speak; of the restoration of Israel and the return of the King to the Throne of David. The question wasn’t inappropriate, it just came too soon.

Lest you be wise in your own sight, I do not want you to be unaware of this mystery, brothers: a partial hardening has come upon Israel, until the fullness of the Gentiles has come in. And in this way all Israel will be saved, as it is written,

“The Deliverer will come from Zion, he will banish ungodliness from Jacob”; “and this will be my covenant with them when I take away their sins.”

As regards the gospel, they are enemies for your sake. But as regards election, they are beloved for the sake of their forefathers. For the gifts and the calling of God are irrevocable.

Christianity has been beating the Jews viciously with the “Gospel message” for many centuries, demanding that Jews stop being Jewish in order to be saved by the “Goyishe Jesus.” But we’ve terribly misunderstood what Moshiach has taught us. We’ve put the cart before the horse. We substituted the nations for Israel.

It is we in the church who must repent for the Kingdom of Messiah is at hand, and we don’t want him to discover us unprepared.

“Then the kingdom of heaven will be like ten virgins who took their lamps and went to meet the bridegroom. Five of them were foolish, and five were wise. For when the foolish took their lamps, they took no oil with them, but the wise took flasks of oil with their lamps. As the bridegroom was delayed, they all became drowsy and slept. But at midnight there was a cry, ‘Here is the bridegroom! Come out to meet him.’ Then all those virgins rose and trimmed their lamps. And the foolish said to the wise, ‘Give us some of your oil, for our lamps are going out.’ But the wise answered, saying, ‘Since there will not be enough for us and for you, go rather to the dealers and buy for yourselves.’ And while they were going to buy, the bridegroom came, and those who were ready went in with him to the marriage feast, and the door was shut. Afterward the other virgins came also, saying, ‘Lord, lord, open to us.’ But he answered, ‘Truly, I say to you, I do not know you.’ Watch therefore, for you know neither the day nor the hour.

Aaron didn’t quote all these scriptures, but in reviewing my notes of his teaching, these words are fairly dripping off the tips of my fingers and onto the keyboard. Imagine then, that the foolish virgins were those who did not know the King for they did not know Israel, but the wise virgins knew the King and the King knew them, for they waited for the rising of the Jewish nation and the return of Israel’s firstborn son from Heaven. 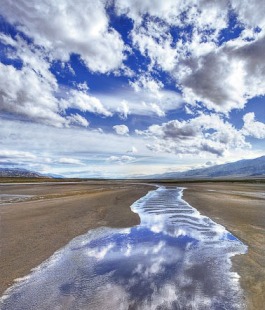 The Good News is that we should repent, particularly of our sins against Israel, in order to bring the Kingdom of God. When we repent, we bring the Messianic Age one step closer to fruition. In Judaism, it is believed that human beings have some sort of control of the “timing” of the Master’s return. I don’t know if that’s really true or not (and certainly it’s not a belief in the church) but it does summon the idea that we are partners in creation with God. When we are saved, we are to live a spirit-filled life, one of patience, kindness, and love, a life that rejoices in truth, that bears all things, believes all things, hopes all things, and endures all things.

The gifts of the Spirit are in an intricate dance with the Gospel of Christ and the Word of God, and we must be part of that dance as well, lest we be left out in the cold and the dark when the bridegroom comes. We can dance at the wedding of the King or march to a funeral dirge. Our choice.

This is only part of what Aaron had to say, but to say more would make this “meditation” far too long, at least for today. I haven’t even told you why Jesus did miracles. It’s not for the reason that you think, although Naaman the commander of the army of the king of Syria knew.

I’ll leave you with a question (which I’ll answer tomorrow).

Eight days later, his disciples were inside again, and Thomas was with them. Although the doors were locked, Jesus came and stood among them and said, “Peace be with you.” Then he said to Thomas, “Put your finger here, and see my hands; and put out your hand, and place it in my side. Do not disbelieve, but believe.” Thomas answered him, “My Lord and my God!” Jesus said to him, “Have you believed because you have seen me? Blessed are those who have not seen and yet have believed.”

Why was Jesus resurrected from the dead but his wounds were not healed?