Do the prophesies of Jesus Christ about the final tribulation really mean what we think they mean?

By the time the Jewish revolt against Rome began, only a few of the Master’s original twelve disciples remained alive. Most had already fallen asleep in various places throughout the world. Thomas continued his work in India; tradition says he died in 70 CE. Simon the Zealot followed up on the work of Thaddeus in Armenia and Parthia, but according to “The Golden Legend,” he did not escape martyrdom, and he may have already been dead by the outbreak of the war with Rome. John continued his labors in Asia Minor where he kept a low profile through the years of the Jewish revolt. James the Less appears to have been still alive in Galilee near the end of the Jewish revolt.

This is how Lancaster begins the study of the “Acts of the Apostles” for the week of Torah Portion Balak. This part of Volume 6 of the Torah Club covers the time of the Jewish revolt against Rome, which leads up to the siege of Jerusalem and culminates in the destruction of the Holy Temple and the dispersion of most of the Jewish inhabitants of Israel into the diaspora.

I thought it was appropriate, since we are currently in the three weeks of mourning between 17 Tammuz and Tish’a B’Av, that I cover a little bit of that “territory” in the history of the Jewish people.

Actually, what captured my interest in the Torah Club study, were the prophesies of the Master regarding this period in Israel’s history. Within this particular lesson, Lancaster recounts several prophesies of the Messiah that not only provide a direct revelation regarding this tragic time for the Jewish people, but which, in my opinion, tells us something new about the words of Christ. For the sake of length, I’m only going to comment on three of the prophesies.

“Therefore, behold, I am sending you prophets and wise men and scribes; some of them you will kill and crucify, and some of them you will scourge in your synagogues, and persecute from city to city, so that upon you may fall the guilt of all the righteous blood shed on earth, from the blood of righteous Abel to the blood of Zechariah, the son of Berechiah, whom you murdered between the temple and the altar. Truly I say to you, all these things will come upon this generation.”

The Zealous implemented a state of martial law in the city. They positioned guards at all the exits and allowed no one to leave as they rounded up men culpable in the uprising against them.

Lancaster recounts the general circumstances in Jerusalem during the Shevet-Tevet, 68 CE time period as recorded by Josephus in Jewish War. In describing the events associated with the above-quoted prophesy of the Master, he relates how the original Sanhedrin was executed by the Zealots and an illegal court was created in its place. But at the “trial” of Zecharyah ben Baruch, a wealthy citizen in Jerusalem who was thought to be a Roman collaborator, Zecharyah’s defense was so convincing, that the Zealot’s puppet court found him innocent of the charges.

But the Zealots were not out for justice and their response fulfilled the Master’s prophetic words:

The Zealous rose up in fury. Two of the Zealot leaders unsheathed their swords and ran the plaintiff through. They said, “You also have our verdict. We acquit you too.” Then they dragged his body into Solomon’s Colonnade and threw it from that height into the valley below. The other Zealots struck the seventy legislators with the flats of their swords and drove them from the Temple. That was the last trial a Sanhedrin conducted in the city of Jerusalem.

The incident fulfills a word spoken by Yeshua in reference to the murder of Zecharhiah the son of Jehoiada in the Temple.

The second of the prophesies of Jesus I’m citing here is even more illuminating and perhaps controversial. 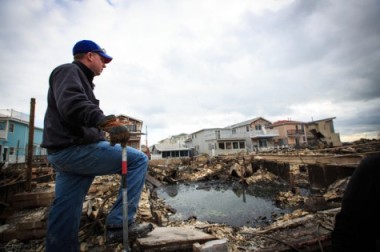 Most Christians believe they have a complete understanding of the meaning of these verses, and it provides a great deal of theological comfort to them. But notice that the section in brackets is not contained in the oldest manuscripts, which may hint at something about the meaning of what Luke is trying to communicate.

The Zealots kept the city under their martial law. They punished all crimes with death, regardless of how serious the offense. They refused to allow anyone to leave lest he defect to the Romans. They struck down those they discovered escaping and left them unburied. Corpses lay along the roadways into the city. They refused to allow burial for any man they put to death.

To the people of Jerusalem, it seemed as if the Zealots had declared war against Rome and God both. They left the dead bodies to putrefy in the sun. They put to death anyone who dared to bury one of their victims. Josephus says, “He that granted the favor of the grave to another soon stood in need of a grave himself.” In those days, the words of the Master were fulfilled.

This is a very different interpretation of the Master’s prophesy I quoted above than what we are used to hearing. There is no relation to “the rapture” at all (and I know I’ll probably “get in trouble” for even quoting Lancaster’s interpretation). One is taken by the Zealots for various crimes, real or imagined, and the other, who is not a suspect, is left behind. And where the dead bodies are left in the street, there the vultures gather.

You may have heard stories of Hitler’s Gestapo kidnapping political enemies in the middle of the night from their homes and from their beds. Similar stories have been told of the KGB in the Soviet Union. Under any despotic rule, citizens can be taken away without due process, imprisoned, or killed. There is no justice and no mercy. Why then could this not be the fate of many in Jerusalem during the Roman siege against the city as the Zealots ruled inside the city’s walls with brutality and force?

For then there will be a great tribulation, such as has not occurred since the beginning of the world until now, nor ever will. Unless those days had been cut short, no life would have been saved; but for the sake of the elect those days will be cut short.

This is another prophesy that is attributed, in Christian tradition, to “the rapture,” stating that “the elect” will be whisked into Heaven before things get too bad on earth in the last days before the Messiah’s return.

However, according to Lancaster’s commentary, this prophesy may well have been fulfilled during the Fall of Perea in the month of Adar, 68 CE. Again, Lancaster’s source is Josephus’ Jewish War.

As the springtime drew near, Vespasian commenced his campaign. The rebels in Perea held the city of Gadara (or Gedora), which Josephus called “the capital of Perea and a city of some strength.” The leading men of Gadara had sent ambassadors to Vespasian urging him to come and liberate their city from the rebels. Vespasian took the tenth legion from Scythopolis (Beth-shan) and marched them to Gadara. On the fourth day of Adar, the legion came within sight of the city. At the sight of the approaching legion, the rebels abandoned the city and fled. Gadara surrendered immediately.

Vespasian left his tribute Placidus and five hundred cavalry and three thousand footmen to pursue the fleeing rebels. He returned to Caesarea.

Placidus pursued and harassed the rebels, killing them as they ran and eliminating the populations of any hapless villages the rebels happened to take refuge in. Finally the rebel forces were trapped, hemmed in between the rain-swollen Jordan river and Placidus and his men.

By the time it was all over, more than fifteen thousand corpses floated down the Jordan and washed into the Dead Sea. Placidus continued his assault all the way to the Dead Sea, taking all the villages and towns of Perea except the fortress Macherus.

This slaughter happened just south of Pella where the Jewish believers had taken refuge inside the walls of that city. From their perspective in the city, it seemed as if the Master’s words had come to pass.

They prayed ardently for the coming of the Son of Man to cut the days of tribulation short. They looked for a sign of the Son of Man in the sky, and they listened for the sound of His shofar, but He did not come. 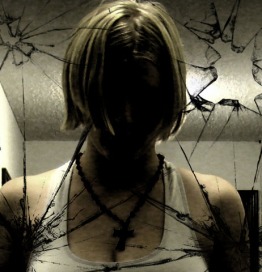 Lancaster presents more prophesies of Jesus as applied to the says that preceded the fall of Jerusalem, verses that most Protestant churches attribute to a final tribulation in which the faithful will be taken up and those who are not chosen are “left behind.”

Can I say what these prophesies mean? No, of course not. I present this interpretation from the Torah Club for two reasons. The first I’ve already mentioned, to recount and commemorate these three weeks of mourning in solidarity with the Jewish people. The second is to illustrate that prophesy is one thing and theology and doctrine based on long-held Christian tradition is something else entirely.

However, when the Son of Man comes, will He find faith on the earth?”

If there is no rapture, if terrible times arrive and we are not rescued, if like the believing Jews who sought refuge in Pella, we look to the sky and pray, if like those devout ones, we gaze up to in the air and the Master does not come in the clouds when we expect him to, what happens to us? What will become of our faith if we fail to hear the sound of his shofar? Then, when Messiah does come at the time appointed by the Father, will he find that we still have faith…or will it have fled along with our courage as our theological expectations and the traditions of the church turn to dust?

4 thoughts on “Prophesies of the Master”