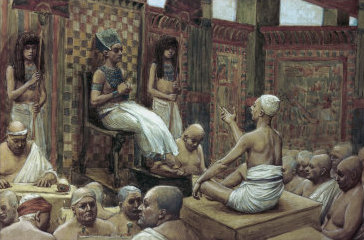 “Now when the news was heard in Pharaoh’s house that Joseph’s brothers had come, it pleased Pharaoh and his servants.”

Pharaoh was delighted when he heard that Joseph’s brothers had come to Egypt. He immediately made provision to bring the entire family to Egypt so they could survive the famine in safety and comfort. He provided wagons for the move. He promised them the best of the land of Egypt.

This commentary from FFOZ comes with the following “Thought for the Week:”

It’s very human that when we feel we’ve been wronged by someone, to want to get even in some way. Usually, we get even by doing the same to them as we believe they’ve done to us (whether the damage the other person has done to us is real of just perceived makes no difference apparently).

I write periodically on something called Lashon Hara or the Jewish concept of wronging someone in speech (which can be spoken, written, or any other form of communication). I’ve even based the Comments Policy for this blog on that principle.

As the FFOZ commentator writes, what we say and how it is perceived can have hurtful and even dire consequences:

Joseph loved his brothers and his family so much that he could not bear the thought of having them defamed. He did not want Egyptians saying to one another, “Did you hear about the nasty thing that Joseph’s lowlife brothers did to him?” Joseph kept the entire episode to himself. The only thing he ever said about his past was the vague explanation, “I was in fact kidnapped from the land of the Hebrews” (Genesis 40:15). His love for his brothers compelled him to protect their reputation.

Instead of emulating Joseph, who was concerned about protecting the dignity of his loved ones, it seems we do just the opposite. A husband and wife are eating out at a restaurant when the husband drops his cup, spilling his beverage on the table. Embarrassed, the wife rolls her eyes and says to the stranger sitting at the next table, “He is such a klutz.” A man is out with his friends when they begin discussing the foils of marriage. All in good fun, the man complains to the guys about his wife’s bad habits. Everyone laughs. Why would we sell out the people we love like this? The wife shows more concern for the opinion of a stranger in a restaurant than she does for the dignity of her husband. The husband has higher regard for a few laughs from his buddies than he does for the reputation of his wife.

It’s one thing to read about a “Bible principle” and another thing entirely to behave out of that principle with unerring consistency. Reading about Joseph and his brothers makes a nice story, but most of the time, we don’t think to apply what we’ve learned to our day-to-day living. Reading the story of the wife casually defaming her husband in public brings the principle home. If anyone you’ve loved has embarrassed you in front of your friends, family, or strangers, even if what they said is true about you, then you know what I mean.

“The Torah ideal is to greet each and every person with a pleasant facial expression.” (Tomar Devorah, ch.2) When you greet someone in a friendly way, you never know what a positive effect you will have. A certain individual who greeted everyone with a smile and kind words was approached by someone and told, “You saved my life.” The person went on to tell how he’d suffered a number of serious setbacks and was contemplating suicide. He felt totally alone and depressed and felt that no one cared about him. Then this fellow greeted him with a sincere smile and a cheerful voice. This immediately lifted up his spirits and he was resolved to continue living. 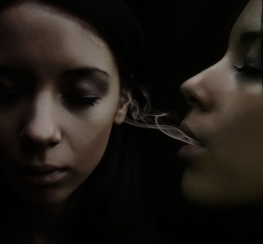 I don’t know what Joseph felt about his brothers or why he didn’t “spill the beans” about their attempt to kill him to Pharaoh, King of Egypt, or anyone else in his sphere of Egyptian companions. Maybe he really did continue to have love for them in his heart, in spite of how they felt about him. Perhaps he just didn’t want the Egyptians to harbor any more disdain for the Hebrews than they already did. Regardless of the reason, even though Joseph would have been telling the truth if he revealed the terrible acts of his brothers to Pharaoh, he chose not to do it, keeping the matter to himself, and even forgiving his brothers, though they hardly deserved it.

When a spouse says something to revealing about his or her “other half,” depending on what it is, the person being spoken of can at least feel embarrassed if not ashamed or humiliated. As we see from Rabbi Pliskin’s example, how we treat another person, even if it’s simply greeting a stranger with a smile, can make a tremendous impact.

There are more than enough “moral police officers” on the web and particularly in the blogosphere who choose to point accusing fingers at others rather than greeting them (virtually speaking) with a “smile.” Especially since we cannot actually face the people we address on the Internet, we have no idea what good or evil we are doing to them and how they will respond. Most of the time, all we know is that they remain silent or they “bark back” at us if we have insulted or embarrassed them in some way.

But like the man in Rabbi Pliskin’s commentary, we don’t know how far we can push someone, especially if they are already on an emotional brink. We can knock someone over or we can pull them back, just by how we speak to them or about them.

James, the brother of the Master, said (James 3:8) that the tongue is “a restless evil and full of deadly poison'” We have been given the gift of speech (and writing, and other forms of communication) to bless and not to curse. Paul said (1 Thessalonians 5:11) that believers should “encourage one another and build up one another”, and New Testament scholar and author Mark Nanos, in his book The Mystery of Romans said Paul expressed his heartfelt desire that believing Gentiles should support and encourage even the non-believing Jews in the synagogue, rather than denigrate them for being “weak” and “stumbling” in faith.

If it is true that we have a duty to support even unbelievers so that they should come to faith, then what we say and what we do becomes incredibly important. We can not only save someone’s life in this world by how we greet them, we can be an instrument to bless or curse their souls.

The FFOZ commentary for this week’s Torah portion ends this way:

A woman was having a hard time at the Messianic synagogue she attended in the southern United States. She was involved in a heated conflict with some other members. This went on for some time. Frustrated with her congregation, she told her unbelieving friend about the problems she was having. Eventually the leadership arbitrated the situation. She made peace with the people. Some time later, she invited her unbelieving friend to attend a service. Her friend said, “Are you crazy? After the way you talked about those people and that place, I wouldn’t set foot in there.”

Joseph never told the Egyptians about the incident with his brothers because it was none of their business. By maintaining discretion, he was protecting the name and reputation of God in Egypt. Had he told his sad story to everyone, the Egyptians would have had cause to say, “If that’s how the followers of your God behave, I want nothing to do with Him or your religion.” 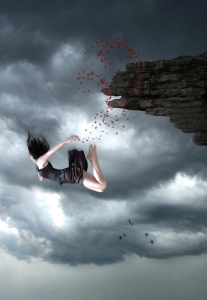 I’ve heard it said that “you can’t unring a bell.” Once you have said or done something harsh or hurtful to another human being, you can never take it back. Just imagine all of the regret buried within you for all of the things you’ve said and done to sin against other people and against God over the years.

Fortunately, God is in the business of forgiving, but it’s not certain that all of the people you and I have hurt in our lifetimes will be willing or able to forgive us. But while we can’t change the past, we can make a new future starting right now. Have a care what you say and what you do. Greet others with a smile. Withhold a harsh criticism, even if what you could say is factual. Consider that God loves even the sinner and the apostate.

You may never know whose life you may save by either speaking a good word or withholding one that is evil. One day we will all have to give an accounting for how we’ve lived our lives and every action we have committed. What will you say to the King when it’s your turn? Will you attempt to justify hurting others, or be blessed by him for your kindness and compassion?