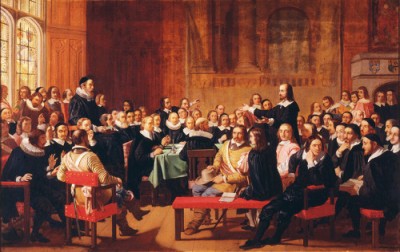 The final session on day two of the Strange Fire conference was led by Steven Lawson who spoke on “The Puritan Commitment to Sola Scriptura.” This was another historical message meant to demonstrate how our forebears were committed to the doctrine of Scripture alone.

Tonight the focus of our study will be another historical theology overview of a critical issue that ties in wonderfully with this entire conference.

I have a strange relationship with Sola Scriptura (scripture alone) having written about it on a few occasions. My general understanding is when a Christian says “sola scriptura,” they mean “only scripture” in the sense that any contextual cues that the original audience may have had available to them that would have modified their understanding of scripture beyond the plain meaning of the text are never allowed for us in the 21st century. It would interfere with too much of our Protestant tradition if we had to read the various sections of the Bible in a manner consistent with the original authors and readers, that is to say, with a Jewish perspective.

So you can imagine as I approached this next “strange” and “fiery” presentation, I was a little hesitant. Nevertheless, I said I would see this project through to its end and so I shall.

Rome said “We accept Scripture, but also Church tradition, ecclesiastical hierarchies, etc.” But the Reformers said “No, it’s sola scriptura. If anything else is added to the foundation of the church, the foundation will be split and unable to hold the rest of the doctrines of the gospel of Jesus Christ.

If I’d been in the room when Lawson made that statement, I’d have had a terrifically difficult time keeping a straight face. Is Lawson actually suggesting that the Catholics view scripture through the lens of Church tradition but the Protestant Church in the modern age (inheritors of the “Reformers”) does not?

Upon the foundation of sola scripture are three massive pillars which frame and uphold the gospel in its most basic formulation—by grace alone, through faith alone, and in Christ alone. And when this foundation and these pillars are in place, the crown can be erected across which is written soli Deo gloria.

And you don’t call that artificial structure a “tradition?” Where does it say such a thing in the Bible directly and how much inference and interpretation through the lens of tradition does it take to create this structure of pillars?

What are the distinguishing marks out of the Bible itself regarding sola scriptura?

Lawson then goes through a list of the “distinguishing marks” of sola scriptura as defined by the Westminster Divines, which according to Wikipedia, are “a synod composed of theologians (or “divines”) and members of Parliament appointed to restructure the Church of England…The Assembly met for ten years (1643–53), and in the process produced a new Form of Government, a Confession of Faith, two catechisms (Shorter and Larger), and a liturgical manual for the Churches of England and Scotland.” 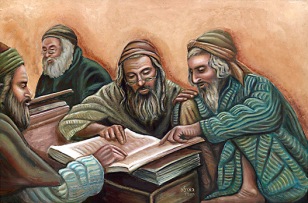 I don’t suppose they consulted a more ancient Hebraic lens in looking at scripture before making such decisions. Probably not.

In that case, I have to believe they missed a step or two (or three or four).

You can read the Challies blog post to get the full list of “distinguishing marks,” but I think Lawson must have been building up to point number nine:

Ninth, and finally, sola scriptura implies the finality of Scripture. That there is no new revelation to be given to man after the close of the canon of Scripture, the faith once and for all delivered to the saints (Jude 3).

There is no adding to the Bible once canon is closed. I think most people can believe in that. We don’t see radically different versions of the Bible circling around different streams of Christianity and Judaism (keeping in mind Christianity has a whole section of the Bible that Judaism discounts).

Whenever God opens the heavens to bless his people, the devil opens his mouth to blast them. At the exact same time as the Westminster Divines were writing the Confession, the Quakers were forming. They claimed to be receiving new revelations and prophecies. They were lead by a man named George Fox. At the heart of their theology was this message, that one can be saved apart from the Scripture, that there is an inner light in all man, and this inner revelation makes salvation for all humanity possible. They called this light within the “indwelling spirit” which they claimed was even in unbelievers.

As they gathered together, the Quakers claimed that they had the Holy Spirit within them. Their worship services had no ordained pastors. They would all sit in a building like we’re sitting here and would be encouraged to meditate, and as you would feel prompted, you were encouraged to stand up and speak your thoughts to others. This commitment to be open and uncautious led them into all kinds of bizarre behaviors and beliefs, including going naked as a sign of judgment to others.

I’m telling you, if you take one step off of sola scriptura you have put your foot on a theological banana peel that will send you down till you hit bottom.

OK, I see where Lawson is going with this. The Puritans were giants for establishing sola scriptura but the Quakers undermined that principle by claiming direct (and new) revelation from the Holy Spirit detaching themselves from scripture entirely, thus Lawson draws a comparison between Christian Evangelicals (MacArthur, et al) and Pentecostals/Charismatics.

I like the banana peel analogy. I think it’s cute.

But let’s take a look at what else the “Divines” believed in:

While the issue of biblical inerrancy, the belief that there are no errors in the Bible, did not arise until the eighteenth century, the divines clearly did not believe the Bible to contain any errors. Many of the divines held a rather mechanical view of biblical inspiration, believing that not only the words but the letters and vowel points of the Hebrew text were inspired by God, while often acknowledging that the text was at the same time written by humans in their own styles. They did not make any distinction between essential and incidental matters with respect to biblical inspiration.

This doesn’t torpedo the “Divines” as a valid information source for Lawson’s presentation, but it does add an interesting bit of color to this assembly, or at least some of their members, since according to Jewish Virtual Library:

Because of this system of assigning numerical values to letters, every word has a numerical value. There is an entire discipline of Jewish mysticism known as Gematria that is devoted to finding hidden meanings in the numerical values of words. For example, the number 18 is very significant, because it is the numerical value of the word Chai, meaning life. Donations to Jewish charities are routinely made in denominations of 18 for that reason. 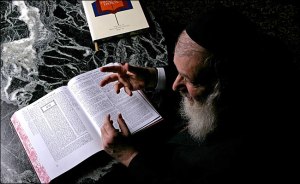 The point I’m trying to make is that you can’t hand-pick the little bits and pieces of history that support an argument without dragging along the rest of the historical, cultural, and theological context to which those bits are attached. I seriously doubt that Lawson would take on board a belief that each letter and vowel point, or for that matter, the numerical value of each Hebrew letter, were particularly significant let alone inspired by God.

One “slippery slope” I think Lawson failed to take into account in his presentation was how difficult it would be to apply a “good guys” and “bad guys” paradigm to the current Evangelicalism vs. Pentecostalism debate using a historical precedence. While I certainly don’t support the historical Quaker’s method of worship and how they conceptualized theology (from what little I know about it), I can’t say that it directly speaks to the current debate, anymore than “the Divines” (and their views on the significance of the letters and vowel points of the Hebrew in the Bible) could be considered directly applicable to Lawson’s and MacArthur’s side of the conversation.

My conclusion is that, while Lawson’s presentation may have carried with it some interesting historical information, it contributed little if anything to the overall presentation of “Strange Fire” and their case against the Pentecostals/Charismatics. I know where he was going with this, but Church history has many strange and even cruel (and even murderous) aspects. One must take great care in summoning history into the present as if they are indistinguishable. They’re not, as I’m sure the apostle Paul could attest.

26 thoughts on “The Challies Chronicles: The Puritan Commitment to Sola Scriptura”