The Torah teaches us that it is never too late to change.

Changing for the better is called doing teshuva. The Hebrew word teshuva, which is often translated as repentance, actually means to “return.” Return to God. Return to our pure self.

People have faults. The faults they have cause them to suffer in some way or another. This suffering limits an individual’s freedom and is often painful. Hence, people want to change… to improve. To be free once again.

There are four steps of teshuva.

This is the second step in making teshuva (we covered the first step, regret last week).

Imagine a drug addict who arrives at a rehab center for detox treatment. His parents leave him at the entrance and wish him luck after a tearful but hopeful goodbye. Little do they know that their addict son’s suitcase is lined with enough cocaine to send a hippo to heaven.

It’s not that our addict does not want to change. He really does! He just has not “let go” of the very things that have brought him to the negative state he is now in.

Did you ever learn bad habits from a particular roommate and decide that you want to stop being like that? Did you ever try doing it without changing roommates? It’s nearly impossible.

That’s not really what I expected. I expected what he wrote as a much shorter definition on the Aish.com page:

Leaving the negativity behind. To stop dwelling on the transgression in thought and action.

To me, leaving negativity behind means to stop beating yourself up over your sins and struggles with temptation. It’s pretty easy to keep clobbering yourself, especially when trying to break a long-term cycle of sin. It’s probably an all too familiar pattern to “throw the book at yourself,” so to speak, to say how no good you are, how hopeless the situation is, and if you’ve gone this far down in sinning, you might as well go the whole way.

Following that line of thought only leads to self-destruction and totally abandoning any relationship with God.

In reading the longer explanation, it seems to me that the Rabbi is saying to make a complete break with anything that connects back to the sin or sins in question. It’s like you are a smoker and so is your spouse. You decide to stop smoking but (s)he continues with the habit. How long do you think you’ll be able to keep your resolve as long as your spouse continues to smoke? 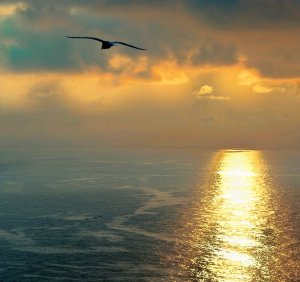 But the one person you can’t get away from is yourself and your own thoughts and feelings. If you keep telling yourself that you are a person who does this sin, then you’ll identify with that definition. That’s who you are. In this case, you are what you think. Even if you soar away, leaving all other negative people and circumstances behind you, you always have to take yourself on the journey.

Unfortunately, many people are not yet committed to the idea of refraining from negative speech. If you are in the presence of someone as they malign or slander someone, come to the rescue. Have the courage to speak up in defense of the person being spoken against.

This isn’t always easy. Build up the strength of character and courage to stop negative speech.

Rabbi Pliskin is referring to a person who is witnessing another individual verbally insult someone. The recommendation from the Rabbi is for you to come to the victim’s rescue by stopping the offending party from making further negative comments. But what if the person making the negative comments is you and what if you are making them about yourself?

To leave negativity behind, you have to repeatedly rescue yourself from your own negative speech. Rescuing yourself, and finding a new way to talk to and identify yourself has to be the new habit that replaces the old habit of sinning and then slamming yourself (metaphorically) against a brick wall because of the sin.

But what about God? 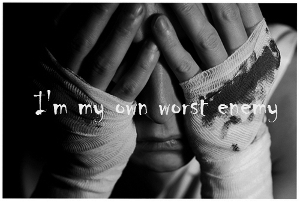 It’s not just what we tell ourselves about our sin and our character defects, it’s what we believe God thinks of us, too. The Bible is full of God hating sin, smiting sinners, exiling whole populations, exterminating whole populations, all because of their sin. God isn’t soft on sinners and we have to believe that He punishes sin, if not in this world, then in the next one.

Who can stand before His indignation? Who can endure the burning of His anger? His wrath is poured out like fire And the rocks are broken up by Him.

But the LORD is the true God; He is the living God and the everlasting King. At His wrath the earth quakes, And the nations cannot endure His indignation.

So if you tell yourself that you are a hopeless, low life, scum ball sinner and that God hates your guts and can’t wait to send you to hell without and electric fan and pitcher of ice water, then that takes away any hope of repentance, atonement, forgiveness, and reconciliation. If God hates you, you might as well hate yourself.

But while the Westboro Baptist Church may think God is a “hater,” there are other opinions:

To the prophets, sin is not an ultimate, irreducible or independent condition, but rather a disturbance in the relationship between God and man; it is an adverb not a noun, a condition that can be surmounted by man’s return and God’s forgiveness.

The divine pathos is like a bridge over the abyss that separates man from God.

–Abraham Joshua Heschel
“The Theology of Pathos” (The Prophets II), pg 9
The Prophets

Man in covenant with God is in relationship with God. Heschel believed that what we do affects God and that God deeply, personally cares not only about humanity in general, but about each and every individual human being. For Rabbi Heschel, being Jewish and observing the mitzvot wasn’t being part of a “religion of dead works,” but rather, participating in a loving and intimate interaction between himself and His Creator, as a wife might dance with her husband. 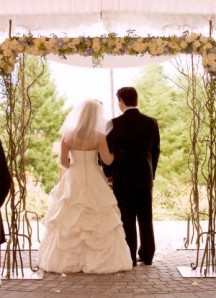 Christianity calls itself “a relationship, not a religion,” but when God embraced Israel under the Sinai covenant, they entered that intimate relationship together just as a Jewish man and women enter marriage under the Chuppah. I say all this to illustrate that even if you denigrate yourself in every conceivable manner, God does not and will not.

“For a brief moment I forsook you, but with great compassion I will gather you. In an outburst of anger I hid My face from you for a moment, but with everlasting lovingkindness I will have compassion on you.”

Of course this is God addressing Israel through the prophet Isaiah, so I have to be careful in taking a statement out of one context and pasting it in another, but I’m confident that God not only turns away from Israel for just the briefest of moments, but He also is just as brief when (it seems) He turns away from us as well.

The Lord is not slow about His promise, as some count slowness, but is patient toward you, not wishing for any to perish but for all to come to repentance.

This is good and acceptable in the sight of God our Savior, who desires all men to be saved and to come to the knowledge of the truth.

I believe that even when we “fall off the wagon,” so to speak, and we lead a life that takes us away from God, He is still there waiting “anxiously” for us to repent and turn back to Him. Luke 15:11-32 chronicles the parable of the Prodigal Son which is a wonderful example of how sin takes us away from our Father but when we’re ready and return in repentance, the Father does not shun us or shame us for our mistakes and willful sins, but joyously welcomes us back home, in great celebration.

So the only one “badmouthing” you is you.

Well, that’s not quite true. If others are aware of your sins, especially family, it’s very possible that the pain of enduring your sins is affecting them and their response could be anger.

Hopefully that doesn’t describe your situation, but if it does, you’re not alone. 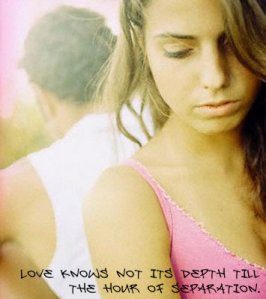 As unpleasant as it is to endure, it’s a consequence of your sinful behavior and how it has hurt others. That kind of negativity is difficult to escape and in the case of a marriage, something like couples counseling might be necessary to support you in leaving negativity behind and to make teshuva, and by helping both you and your spouse to find alternatives to “negative talk.”

I know I mentioned this last time, but as you can see, making teshuva is incredibly involved. Even a single step in the process may require weeks or months. Even if you are convinced that God loves you and wants a closer relationship, and even if you can remake your negative comments and thoughts about yourself into positives, you may never be able to contain literally every single environmental factor (especially other people) in your life.

In that case, when you encounter someone or something you can’t avoid and that threatens to drag your soul into the darkness again, returning to God through the Bible and prayer may help balance the scales. If you know for certain that God loves you and you can read that in the Bible and meditate on those words, making them your new habit to replace negativity can be your shield against what you otherwise must endure.

This isn’t an easy choice, but it is a choice that you can and must make.

12 thoughts on “Repentance and Negativity”