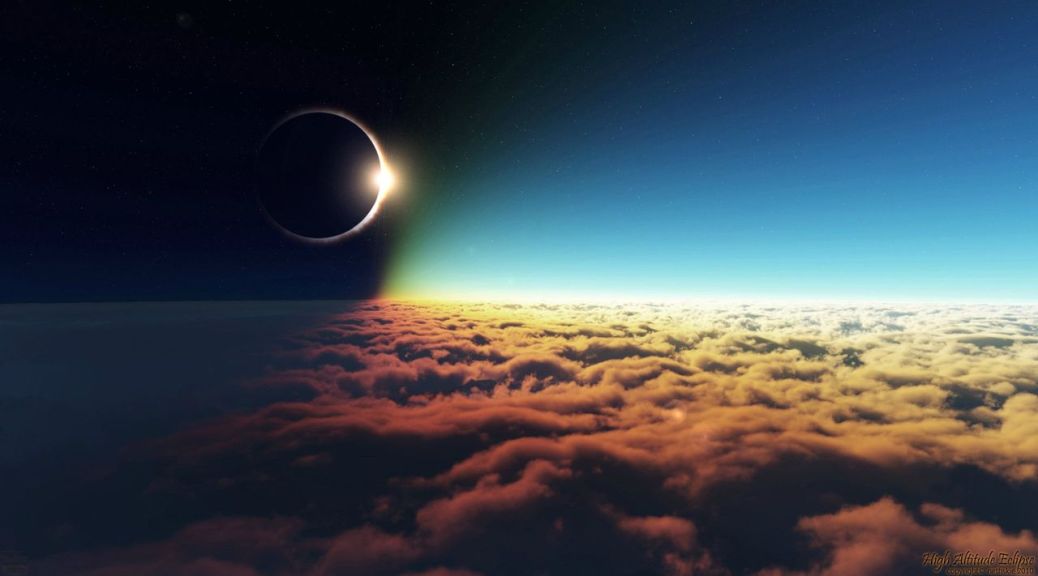 I am writing this article to a specific segment of this generation of Jews: those who follow Messiah Yeshua, whether we are in Messianic congregations, synagogues, churches, groups of various kinds that meet in homes, or not actively part of a group. I call us all “Messianic Jews,” but the name is not important; what counts is our connection with Messiah.

We are members of both the body of Messiah and what Michael Wyschogrod calls “the body of Israel.” It is essential that we fulfill our calling and destiny in both communities.

To be frank, many Messianic Jews, myself included, have avoided speaking openly and in depth about the meaning and significance of Jewish existence because we do not want to inadvertently offend others. For now I want to say that the “tasks begun by the patriarchs” that are now entrusted to this generation of Jews have positive and profound implications for the nations. Therefore, if you are not Jewish, I invite you to pull up a chair and listen in. You are welcome here.

At two separate seminars I attended in 2009, two speakers presented a different interpretation of Ephesians 2:15; they both claimed that the unity of the “one new man” does not imply, let alone require, a flattening of its Jewish and Gentile members into homogeneity. Instead, the unity spoken of in Ephesians 2:14-16 strengthens the case that Jewish identity of Jews who believe in Jesus is fundamental.

Regarding the fourth and most common Christian interpretation, Svartvik said something profound: how would that view fit with “peace to those near” in Ephesians 2? In other words, Yeshua came to bring peace to those near (Jewish people) and far (Gentiles). If he came to nullify God’s covenant with Israel, how is this peace with Israel?

Thus, Svartvik offers a fifth and new suggestion: the dividing wall is not physical or tangible, but is exactly what the text says it is, the mistrust and enmity between Jews and Gentiles in the Greco-Roman world in which the apostles founded a movement of faith.

He offers a comparison with another first century text in which a wall is used as a metaphor for something abstract. In 2 Baruch 54:3-5 the image of a wall refers to a block in understanding or perception: “You pull down the enclosure for those who have no experience and enlighten the darkness.”

You may notice that the common thread running through all three of the above-quoted paragraphs (besides Messianic Judaism in general) is the special status and mission of the Jewish people, particularly those who are disciples of Messiah Yeshua, as distinct and separate from the body of believing Gentiles, whether they are affiliated with Christianity, Hebrew/Jewish Roots, or the Messianic Jewish movement.

Each article provides an excellent springboard by which to launch ourselves into further investigation of the relationship between Jews and Gentiles who are attached to Yeshua, and to define the unique roles and purposes of each population as we exist within the Ekklesia of Messiah.

When I first started reading Kinbar’s article and saw that he had specifically written it to a Jewish audience, I felt as if I’d opened and was reading someone else’s letter, at least until he invited non-Jews to “pull up a chair” and become part of the audience. For it is in the definition of the special tasks that the current generation of Jews, both in Messiah and otherwise, have inherited from the patriarchs, that we find a contrasting role for “Messianic Gentiles”.

Both Woods and Leman tackle this topic through the lens of Ephesians 2, with Woods addressing the so-called “One New Man” (Ephesians 2:15) made out of two peoples, Jews and Gentiles, and Leman focusing on the breaking down of the “barrier of the dividing wall” (Ephesians 2:14 NASB) that previously separated those two groups but, “by the blood of Christ” (v.13) have been made one.

They both, as you might imagine, disagree with the traditional Christian interpretation of what “one new man” is supposed to mean, or what the result of tearing down the “dividing wall” was supposed to bring about. Christianity believes that annihilating that wall and creating one new man eliminated distinctions between Jews and Gentiles by obliterating Jewish and Gentile identity. The “one new man” was “neither Jew nor Greek” (Galatians 3:28) but an entirely new creation in Jesus Christ.

Except that’s not how these gentlemen interpret these scriptures.

I should also say it is a shame that Paul’s letters can only be read in their Jewish context via a “radical” and “new” perspective. That is, of course, how they should have been read all along. But a few issues have understandably blocked Christian readers from seeing the Jewishness of Pauline letters and Ephesians in particular. To make a complex issue simple let me just list a few things. Paul’s letters do not address Jewish believers and their concerns, but rather his burgeoning Gentile mission of the earliest Yeshua-movement. Paul does not give us a theology of Jewish identity in relation to Messiah Yeshua because that identity was already well-known and assumed in the background. Jewish identity in Messiah remained rooted in the covenants with Abraham and at Sinai and through David, but the coming of Yeshua marked a new stage in God’s revealing his plan to Israel. It was only later, when the church interpreted Paul as saying there was a break away from Sinai and God’s covenant with Israel, that Jews must now become Christians, that the idea occurred that it would become “radical” and “new” to read Paul as a Jewish writer who had not abandoned his prior beliefs and practices.

It is difficult to distill an analysis of all three articles into a blog post or two, so I’ll just hit the highlights, so to speak. Also, since both Kinbar and Woods are writing multi-part missives, and the latter submissions are not yet publicly available, the picture you are going to receive here will be, by necessity, incomplete. I encourage you to read Leman’s blog post and acquire copies of Messiah Journal, issue 119 and the subsequent two issues, to read their complete messages.

In order to “flesh out” the role of the “Messianic Gentile” related to Messianic Judaism and the Jewish people (in and out of the movement), it is necessary to understand to some degree, the role and mission of Jewish people as a covenant people within Judaism and as devoted disciples to Messiah.

Our loyalty to Messiah must be so powerfully integrated into our lives that we are simply unable to conceive of life without him. He must be part and parcel of our lives.

At the same time, being Jewish is a fact of our existence: whether we were born Jewish or converted, it is not even possible to “un-Jew” ourselves. To minimize, ignore, or deny this fact is to minimize, ignore, or deny the meaning and significance of our existence. That said, the fullness of our Jewish identity needs to be internalized just as our loyalty to Yeshua does. Our identity as Jews must be part and parcel of our lives.

Our identity as Jews and our loyalty to Messiah must be internalized and brought into harmony.

That harmony is not easy to achieve, and I know of at least three Jewish people, one of whom I am very close to, who fully integrated and internalized their Jewish identities by way of entirely dispensing with their devotion to Yeshua.

What Kinbar said reminds me of an article Stuart Dauermann wrote for issue 114 of Messiah Journal called “The Jewish People are Us – Not Them,” which I reviewed nearly eighteen months ago.

In their separate articles, both Kinbar and Dauermann emphasize the vital importance in Messianic Jewish loyalty and affiliation to the Jewish people and national Israel, but while Kinbar makes his points very well regarding Jewish covenant responsibilities to the Torah mitzvot, to their fellow Jews, and to Hashem, what does this say about we Gentiles?

It all seems to come down to Abraham:

Shaul of Tarsus explains how we receive the blessings in Romans 4, where he writes that when Abraham believed God’s promise that he would have a son, God counted his faith as righteousness. Since this took place before Abraham was circumcised, the blessing is not reserved for the circumcised — that is, for Jews. It is available to anyone who follows in Abraham’s footsteps by relying on God, “who raised Yeshua our Lord form the dead, he who was delivered up for our trespasses and was raised for our justification.” Thus, God’s promise statement that he has made Abraham “the father to many nations” is being fulfilled in the body of Messiah…

Kinbar made what I thought was a very interesting point on the same page:

And again he says:

Were it not for the Apostolic Writings and the body of Messiah, “the families of the earth” would not have known that they may be blessed in Abraham.

But blessed with what? The evidence is in scripture itself as previously quoted above:

“who raised Yeshua our Lord form the dead, he who was delivered up for our trespasses and was raised for our justification.”

Our faith and the faithfulness of Messiah results in we Gentiles receiving the promise of the resurrection, the forgiveness of sins, and justification before the Almighty. But remember, these promises are universal because they were given to Abraham before the circumcision. There are responsibilities incumbent only upon the Jewish people based on what was promised to Abraham after circumcision and subsequently promised to Isaac and Jacob:

Everyone who is devoted to Messiah should fear God, but Jews and Jewish communities are uniquely entrusted with the tasks begun by the fathers so that we can confirm the promises that God made to them. Engaging in these tasks is part and parcel of the meaning of Jewish existence: to be a source of blessing to the rest of humanity.

So how are we to understand Woods, Leman, and Ephesians 2 in terms of what I’ve written above? For the sake of keeping this “morning meditation” reasonably short and thus of readable length, I’ll save the answer to that question for Part 2.

7 thoughts on “Abraham, Ephesians 2, and the Unique Jewish Mission, Part 1”