Failure is not an option.

I really wasn’t going to mention Derek’s latest blog post. What I had to say, I said there in my comments. But then something happened.

I am very encouraged by the overwhelming amount of support people are expressing toward Derek, with just a few, minor detractors chiming in.

We all have our problems, our failures, and our sins. They become much more public and more powerful when you happen to be a teacher and an organizational leader, especially in a movement as “intimate” as Messianic Judaism, where most folks involved have at least heard of each other if not personally know one another.

I suppose it’s one of the reasons why many of us should not be teachers (James 3:1).  Who wants that kind of pressure, especially if we should sin (and who doesn’t sin)?

I was reading the latest installment at the lyfta på jobbet blog this morning when I came across a link to the article Failure Is Always An Option.

That certainly flies in the face of American particularism, independence, and a “get-er-done” attitude, and it probably wouldn’t have sat very well with the above-quoted Gene Kranz as he dedicated his efforts to rescuing the crew of the ill-fated Apollo 13.

But let’s face it, we’re all human. Failure is one of our defining qualities. Not that we should revel in failure, but it’s arrogant to presume that you or I will never sin.

Even with confession, repentance, and undeserved forgiveness, the guilt can still be crushing.

In the Future Buzz article I cited above, author Adam Singer wrote:

Failure is a beautiful thing, and if you organize your business around it you can gain a serious advantage over competitors who think they’re infallible and spend inordinate amounts of time trying to be perfect versus trying lots of things, failing like crazy, and seeing what sticks. The truth is we all fail, every one of us, and when you really stop and remove the societal stigmas associated with it, you realize it’s not actually a negative.

Granted, this particular message is directed toward a business and marketing environment, and yet it has applications on the social, personal, and religious levels of our existence. If we allow our sin to crush us, to prevent us from repenting, to inhibit the idea that there can be a road back, not only to God, but to our family and friends, then we truly have been defeated.

Failure is not falling down, it is not getting up again.

There’s a plethora of similar quotes available on the web. I just picked the first one that came up in a Google search.

No one, no sports hero, champion, competitor in any human endeavor, or any human being at all has failed until they allow their failure to result in giving up.

I can do all things through Him who strengthens me.

Easier said than done as I imagine the Apostle Paul can attest.

And yet, it’s not the depth of sin we have fallen into that defines us but how we recover afterward.

Failure is always an option. It happens to us every day. Sometimes it happens with brutal intensity and swiftness, and when our failure is revealed for all to see, it’s easy to wonder how we’re going to survive the shame and humiliation. It’s easy to imagine the bridges have been burned and that our only option is, like Icarus, to fall out of the light and into the darkness.

Failure is always an option, but failure does not have to be permanent.

I can only imagine that it took a tremendous amount of courage for Derek to publicly confess his transgressions on his blog. He could have gone silent and stayed silent, containing the impact to those people directly involved.

No one likes to air their dirty laundry.

I wouldn’t recommend this method, but sometimes it may be possible to lead by starting at the bottom. If you have fallen and fallen far, and can pick yourself back up, by Hashem’s strength and grace, and start the long ascent, the rest of us who witness this, can come to realize there’s hope for us too, as we sit at the bottom of our wells and our caves, buried by the darkness and dreaming of the light.

The Talmud says: “In a place where a ba’al teshuva (spiritual returnee) stands, even a full tzaddik cannot stand” (Brachot 34b). The idea is that by having sunk to the lowest depths, and then genuinely turning one’s life around, the distance traveled in a positive direction is so great that it even exceeds those who have always been on the plus-side. 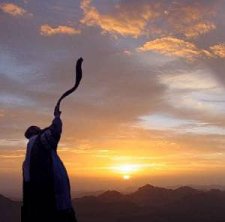 (Of course, one would not want to deliberately get into a negative situation, because there is no guarantee of coming out. Further, it often leaves residual stains.)

-from the Ask the Rabbi column

That’s only part of the Aish Rabbi’s reply, but it’s the most relevant part. If a life of righteousness comes (relatively) easy to you, what have you really accomplished? However, if acts of righteousness, charity, and piety are difficult, if they go against your nature, if you have to struggle everyday to do good or to recover from some monumental failure, how much greater will your success be than your failure?

12 thoughts on “Failure Is Always An Option”