There are 1,050 commands in the New Testament for Christians to obey. Due to repetitions we can classify them under 69 headings. They cover every phase of man’s life in his relationship to God and his fellowmen, now and hereafter. If obeyed, they will bring rich rewards here and forever; if disobeyed, they will bring condemnation and eternal punishment.

Really, is this a thing? I first saw a reference to “1050 New Testament Laws” on Facebook (someone had shared this meme in my timeline) and I was really surprised. So naturally, I “Googled” it so see what else I could find.

Besides the two above-quoted websites, a number of other dodgy online “resources” showed up including discussion groups at City-Data.com, ChristianForums.com, and RedHotPawn.com. I didn’t examine any of these sites in-depth and I haven’t read each and every one of the 1050 “commandments” (if they are commandments), but at first blush, I suspect that the list consists of a combination of teachings found in the Torah (and as such, they aren’t unique to the Apostolic Scriptures) and individual exhortations of Paul’s offered to specific populations concerning unique situations (as opposed of 1050 eternal, universal commandments that are either added on to the Torah mitzvot or that are supposed to replace them).

I did, more or less, accidentally find one flaw at Christian Assemblies International. Under the category “Seven Things to Avoid,” item three says “False Science” and references 1 Timothy 6:20, which they quote as saying:

Oh Timothy, keep that which is committed to thy trust, avoiding profane and vain babblings, and oppositions of science falsely so called.

“…oppositions of science?” I don’t remember that.

O Timothy, guard what has been entrusted to you, avoiding worldly and empty chatter and the opposing arguments of what is falsely called “knowledge” …

Sorry. “knowledge” and “science” aren’t the same thing, so no sale KJV. In fact, the vast majority of other versions of the Bible translate the word referred to by the KJV as “science” as “knowledge”.

I suspect these so-called “New Testament Laws” are all equally bent, twisted, and mutilated to say what the Bible doesn’t really say.

But why? Why go through all the trouble? Isn’t it enough for mainstream Christianity to say that grace replaced the Law and all you have to do is believe in Jesus and you’ll go to Heaven? 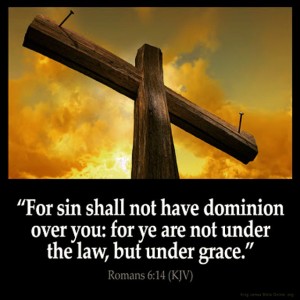 A quick Google search couldn’t tell me who originally compiled this list and why, so I don’t have a definitive answer at my fingertips.

But even a quick scan of some of the other “commandments” tells me they suffer woefully from lack of context issues. For instance, under “Alcohol” on the Bible Research Reports page:

1Thessalonians 5:8 But let us, who are of the day, be sober, putting on the breastplate of faith and love; and for an helmet [sic], the hope of salvation. (emph. mine)

Most Bible translations do say “sober,” but some translate the same word as “clearheaded” or “serious” so it doesn’t automatically have to be sober as opposed to intoxicated. This does reflect a typical Christian bias against the use of alcohol in almost any degree, which again, makes me question the validity of the so-called “New Testament Laws”.

On the same website, under “Church Service,” I loved this one:

John 2:16 And said unto them that sold doves, Take these things hence; make not my Father’s house a house of merchandise.

The Holy Temple in Jerusalem is not “church,” so I don’t find something Yeshua (Jesus) said about a very specific situation he encountered in the Temple to have a universal application to all non-Jewish Jesus worshipers (i.e. Christians) everywhere.

There was a section called “Commands — Old Testament” which listed exactly seven different passages, three from the Gospels and the rest from the Epistles. There’s no explanation accompanying this list, but I have to assume the writer/compiler intends that these are the only commandments from the Torah that survived Jesus “fulfilling the Law”.

Ironically, the list includes Matthew 5:17-19 which is the strongest evidence that Yeshua did not come to abolish (fulfill = abolish) the mitzvot but rather to illustrate living them (as a Jew) to their fullest. However, both Galatians 5:1 and James 2:12, taken out of context, seem to declare that the Torah is extinct post-crucifixion and resurrection, so they fit the traditional Christian doctrinal narrative.

There’s a category for “Communion,” which, when the Gospels and Epistles were being composed, didn’t exist, not to mention one about “Denominational Differences”. I love this:

Mark 9:38-39 And John answered him, saying, Master, we saw one casting out devils in thy name, and he followeth not us: and we forbade him, because he followeth not us. (39) But Jesus said, Forbid him not: for there is no man which shall do a miracle in my name, that can lightly speak evil of me.

Denominations, as Christianity understands the term, did not exist when the above-mentioned fellow was casting out demons in the name of our Rav, so this certainly illustrates a creative application of these verses.

As one commenter at discussion group quipped, “It is impossible to keep 1,050 commands let alone 613 O.T. ones that you can’t do!”

Of course, he’s wrong that you can’t perform any of the 613 mitzvot. There are a subset of some 200 odd mitzvot that observant Jews perform today. However, I’d tend to agree, if the general Christian position is that God gave the Torah commandments to the Jewish people just to prove no one can be righteous by the performance of good deeds because there are just too many of them (and this is a complete distortion of the focus and purpose of the Torah), then expecting “saved by grace” Christians to perform 1050 commandments is just insane. 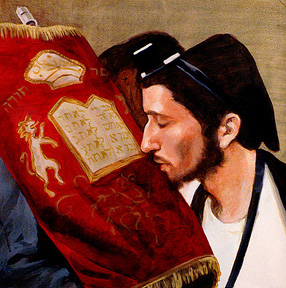 I am truly at loss as to why any corner of the Church would make this stuff up, but if any one out there is frustrated that non-Jewish Yeshua disciples don’t have commandments of their/our own, it looks like you have enough, according to the sources I’ve cited, to stuff a proverbial Christmas goose.

Personally, I’ll stick with the simplicity of a life of holiness. It provides quite enough to keep my hands full, and I’m convinced I’ll never do it very well.

22 thoughts on “Do Christians Really Have 1050 New Testament Commandments?”