Actually Questor made the suggestion for a proper term by which to call Judaicly-aware non-Jewish disciples of Rav Yeshua in coining the phrase תָלְמִדִם שׁל יֵשׁוּע – Talmidim shel Yeshua – Disciples of Yeshua, however ProclaimLiberty suggested:

Nice label suggestion, “Q”, but the phrase requires the possessive contraction as: “תָלְמִדִי יֵשׁוּע” (Talmidei Yeshua) rather than as merely a descriptive or explanatory phrase.

Of course, referring to people like me as “Talmidei Yeshua” is going to draw a lot of blank stares from Christians or just about anyone else.

Just the other day, I got a knock on my door, and when I answered, the fellow asked if I was a Christian. I said “yes,” but pointing at the mezuzah on the door frame, I said my wife was Jewish. If I had told him something “I’m Talmidei Yeshua,” he might have given me a much less predictable response.

For as many years as I’ve been involved in the Hebrew Roots and Messianic Jewish movements, there’s been a struggle as to what to call ourselves. OK, Jewish disciples of Messiah can call themselves Messianic Jews, but even early on, there was some resistance to applying the word “Messianic” to non-Jews, the idea being that “Messianic” belonged to the Jewish people. 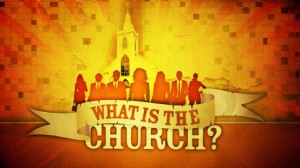 A lot of Gentiles in Messiah don’t like being referred to or like calling themselves “Christians” because of the implications of replacement theology, denial of the applicability of the Torah as a requirement of God’s for Jews in general and Messianic Jews in particular, and the whole church on Sunday, Christmas, Easter, eating ham at the drop of a hat deal that seems so anti-Jewish and thereby anti-Messiah.

Some folks hedge their bets and say they’re “believers” which is acceptable as an alternate “Christian-ese” word that still doesn’t peg the non-Jewish Messianic as “Christian” specifically.

However, in spite of all this, Messianic Gentiles as a proper term, has risen to the top of the list in being the most accurate representation of who we rather odd non-Jewish disciples of the Jewish Messiah King are in our theology, doctrine, and praxis.

That said, Q and PL may have a point in addressing us as “Talmidei Yeshua” since “Yeshua’s disciples” is both accurate and generic. I even mentioned to PL that we could refer to both Jews and Gentiles in Messiah by that title and still be correct.

Except that he reminded me of something:

Yes, it could refer to both, though Jewish disciples might prefer ‘Hasidei Yeshua. Or, as someone in my local ‘havurah suggested last week, Jewish disciples might do well to forego any distinctive label altogether, being satisfied to be simply Jews without any such label that could suggest separatist factionalism or “minut”. Just as Rav Shaul was content to identify himself simply as a Pharisee or a Binyamini (tribal designator), without any other qualifier specifically associated with Rav Yeshua, so could modern Jewish disciples do in modern terms. Distinctive terms such as “Nazarene” did not appear until later, and were used primarily to distinguish Jewish messianists as individuals to be avoided or forced out of the Jewish community. That sort of social dis-interaction needs to be countered as Jewish messianists re-integrate within the wider Jewish community, bringing what they’ve learned from Rav Yeshua with them.

For gentile disciples, on the other hand, a label could have a positive function to emphasize that such individuals have “drawn close” to the Jewish community and embraced the principles and values of the Torah covenant.

And that Reminded me of Rabbi Stuart Dauermann’s article “The Jewish People are Us — not Them,” published in Messiah Journal, which I reviewed a couple of years back.

Historically, converting to Christianity has been seen as drawing the convert out of his or her former life and associations and into the Church. This has been true whether the convert were a Jew or anyone else. Sometimes, the convert’s Jewish family and friends don’t even acknowledge this person as Jewish anymore.

However, as Dauermann correctly pointed out and as I interpret him, being Messianic is a very Jewish thing to do. All religious Jews eagerly await the coming of Messiah. The only difference between a Messianic Jew and any other religious Jew, is that the Messianic acknowledges the specific revelation of Messiah as Rav Yeshua (I’m sure there are Jews who would strongly debate this point).

Accepting the revelation of our Rav as Moshiach, if anything, should increase and enhance the observance of a Jew and ideally, draw the Jew nearer to his/her fellows and to Jewish devotion and praxis.

That’s why there probably isn’t any real need to call a Messianic Jew anything other than a Jew. PL rightly points out that Paul didn’t create a special designation for himself after the events of Acts 9. So why should any other Jewish disciple of the Rav do so?

However, it always seems to come back to “what do we do with the Gentiles?” If being “Messianic” is such a Jewish thing to do, then it must be a pretty strange thing for a non-Jew to do. Who are we? What do we call ourselves? How do we define our praxis? Once we enter this world, as distinguished from the more traditional Church, we find ourselves in an indistinct, foggy, no-man’s-land, being neither fish nor fowl, still Gentile but located, even tangentially, in Jewish space because we have declared ourselves as disciples of the Jewish Rav. 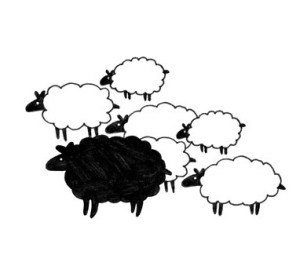 Calling ourselves Talmidei Yeshua may not change a great deal, but it does give us some small sense of identity, or at least what to call ourselves, that shouldn’t be objectionable in Jewish religious and social space. Of course, it’ll rather put off most Christians who consider the title “Christian” to be more than sufficient, but then again, anyone who’s been reading this blog for a while knows that people like me don’t think, speak, teach, write, or believe in precisely the same things you’ll find preached in the average Evangelical Church on Sunday morning.

Of course, those other pesky questions remain unanswered for the most part. Yet I think each person has created his or her own answers out of necessity. Some let themselves be defined by the standards of accepted praxis for Gentiles in their congregations. Some, like me who have no congregation or group, self-define. However, there remains no single standard to which the Talmidei Yeshua can consult and emulate.

This is probably why so many of the non-Jewish Talmidei Yeshua look to their Jewish counterparts with envy since Jewish halachah is well-defined.

My Jewish wife would be perplexed by all this. From her point of view, and from the point of view of the Jews attending the two synagogues in my community, I’m considered a Christian and that’s that. All the little spins and twists that I derive from Jewish literature in understanding my faith are moot to them.

This isn’t a problem really if we don’t factor community into the equation. Besides my name, I have no idea how God refers to me, how He categorizes me (besides “human” or “Goy”), how He thinks of me, if He has to have categories at all. None of this probably matters to Him. He doesn’t see titles or labels, He sees the heart and the relationship.

In the end, that’s all there is. Maybe we live in community or at least family, but we die alone and only God receives us. He calls us by whatever name He wills.