This world is known as the “World of Rectification” (The Works of Kabbalah).

I wonder what the ancient Kabbalists would say about the modern world. Our everyday life certainly does not appear to be a “world of rectification.”

To rectify means to repair or correct an existing defect. This practice has become almost extinct. Years ago, things that went wrong were repaired; today, they are simply replaced. Replacing an item is cheaper than going to the trouble of having it repaired. When we add the vast numbers of disposable items that have become commonplace, we have a life-style where “rectifying,” at least of objects that we use are concerned, is a rather infrequent phenomenon.

Unfortunately, this attitude of replacing items rather than trying to repair them has extended itself from object relationships to people relationships. The most dramatic evidence is the unprecedented number of divorces. In the past, a couple that developed problems would try to repair the relationship. Most often, the attempt succeeded. Today, people do not want to waste time and effort; rather, they simply terminate the relationship and replace it with a new one. Human beings, much like styrofoam cups and contact lenses, have become “disposable.”

We would do well to make at least our interpersonal relationships comply with the Kabbalistic concept of “World of Rectification.”

try to appreciate the unique character of an interpersonal relationship and make every effort to preserve it.

Be that as it may (and setting aside any objections to Jewish mysticism for the moment), I think there’s an important lesson in the message above. Our modern western culture is one that values objects that are disposable rather than renewable or repairable.

We have disposable diapers, disposable cameras, disposable batteries, and so on. Consumer products are made with something called, “planned obsolescence,” that is, instead of making a car or a refrigerator that will last as long as possible and be repairable when broken, products are made to wear out within a certain span of months or years, and then the consumer has to buy a new one.

Heck, this has even approached the planetary level if you believe Stephen Hawking when he says the human race must colonize space to survive.

There are all kinds of people and groups, from Mars One (which some folks think is a fraud) to Elon Musk that are actively planning manned missions to the Red Planet with colonization as the ultimate goal.

I guess that means we get to burn out and use up the planet we currently live on. Just throw it away. Planets are disposable as long as we have other planets to colonize.

I seriously doubt we’ll get that far at least in my lifetime.

Depends on who you ask. If you bring the abortion debate into the conversation, then pro-abortion folks believe that unborn children are disposable.

What about those of us who have already been born?

Rabbi Twerski, who I quoted above, mentioned that marriages are becoming more disposable all the time.

Yes, in some cases, I can see the need for a couple to divorce, in cases of infidelity or abuse, but I suspect, just like abortions, people become disposable simply because they become inconvenient. Problems are a nuisance to be avoided, not challenges to be overcome.

Again, I realize not all difficulties have a simple solution that preserves relationships, but too many people never even try.

There’s a concept in Judaism called Tikkun Olam which more or less translates as “Repair the World”.

The idea is that our world and everything (and everyone) in it are ultimately “fixable” rather than disposable.

Tikkun Olam can be applied to just about everything from environmentalism to marriage counseling. If something is valuable (and certainly our world is valuable), then we must become good stewards of what we have, taking care of it, maintaining it, protecting it, and when broken or damaged, repairing it.

How about with you?

I don’t mean “you” as a particular person such as “you have a problem,” but I mean “you” as in all of us, each individual. No one is perfect, and certainly some people are more “broken” than others. In order to be able to repair a broken world and the damaged people in it, we must first do that for ourselves?

What stops us from doing that?

Are you happy with who you are? Wish you could change, but don’t know how? Wondering how does one make real changes?

The formula is straightforward:

What holds us back? We think we can’t change. Rabbi Noah Weinberg, of blessed memory, the founder of Aish HaTorah, would ask his students, “If God would help you, could you do it?” The answer is obviously “Yes.” Then he’d ask, “Do you think the Almighty wants you to change, to improve?” The answer again is obviously “Yes”. So, why is it so difficult to change? It’s too painful. One doesn’t want to take the pain of change. Only through taking the pain and realizing that time is limited will we change.

But how can you be “disposable” to yourself?

Gee, that’s a tough one.

On another one of my blogs, I wrote about Everyone’s Hard Battle, which in this case means, the battle of depression and suicidal ideation. Interestingly enough, I also quoted from Rabbi Twerski in that wee essay. 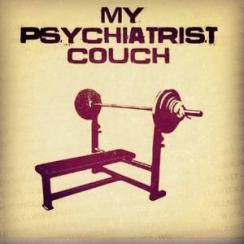 That other blogspot is dedicated to promoting exercise for the older person, and at least for me, sometimes lifting weights is better than seeing a shrink.

Maybe that’s the answer. No, exercise as a means of stress release and discipline isn’t the answer for everyone, but finding something you’re passionate about is. Find something that drives you, something that’s hard but also irresistible. You might have to choose something you’re only lukewarm about and over time, make it a habit. That’s sort of how my workouts at the gym evolved.

For many religious Jews, it’s studying Torah. For some Christians, it’s studying the Bible. It’s examining the Word of the Almighty, not just by reading your Bible periodically, but by consulting knowledgable resources, praying, and actively meditating over what you are learning, integrating that process into your life and every possible manner.

Of course, there are plenty of other ways to repair yourself and thus begin to repair the world. No one can tell you your passion, you have to find it (or make it) for yourself.

It is said in Judaism that each act of Tikkun Olam performed brings the coming of Messiah one step closer. That means we are active participants in not only bringing our Rav and our King back to our world, but active participants in our own “repair work”. We are partners with the Almighty in the most awesome and ambitious construction (or re-construction) project ever conceived. 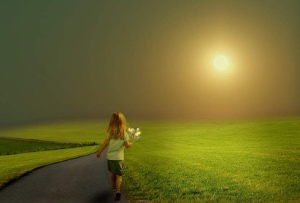 We don’t have to do it alone. The all-powerful, all-seeing, all-knowing unfailing, creative, One God is our partner. So let’s get to work.

4 thoughts on “Repairing the Non-Disposable World”