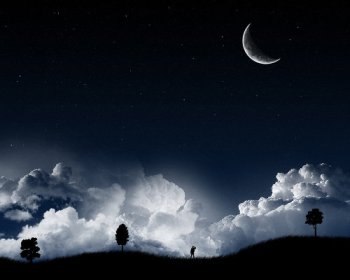 “You mean, Mr. Zacks, that there is this vast structure G-d has created of plants, animals, food chains, stars, and planets. And, that the only creature in all of creation that doesn’t understand how to fit in and live their life purposefully is the human?”

In reading Mr. Zacks’ article about his encounters with the Rebbe, I was captured by the statement I quoted above because I couldn’t agree more. Out of everything in God’s creation, only man has no idea where he fits into that creation. Even those of us who are “religious” struggle, and argue and, as we’ve seen in recent events, occasionally conduct world-wide riots, all for the sake of who we think God is and our belief about what He wants.

I recently had an email conversation with a gentleman about, among other things, the differences between Christianity and Judaism. One key difference we noticed is the need, or lack thereof depending on your religious tradition, for absolute certainty. In Christianity, all questions must be answered, all puzzles must be solved. Everything is either black or white. Doubt and uncertainty are not to be tolerated. A bad answer (or God forbid, a wrong answer) is better than no answer at all. When a Christian asks you to describe the details of Heaven and you answer, “I don’t know for sure,” it tends to frustrate the Christian.

By comparison, the name “Israel” is the very heart of struggling with God over every question, every puzzle, every elusive detail, with no guarantee at all that there even is an answer, or at least not one that we could understand. It’s not only tolerable to live at a particular level of uncertainly, it’s practically required in Judaism. Every question has a dozen potential answers, every person has an opinion, ideas and concepts critical to faith in God are bandied about, but no one truly get’s upset, dismayed, or hurt over agreements, disagreements, (although, I have written recently about how such debates typically go wrong in the “Hebrew Roots” arena) and the “I don’t know” statement of another human being.

When the Rebbe was addressing Mr. Zacks, (and I encourage you to read the entire article) it seemed as if the Rebbe knew where man fit and lived purposefully in God’s creation. Further, he expected others, including Mr. Zacks, to know as well. Such late night meetings with the Rebbe typically lasted between 30 seconds and one minute. In his initial meeting with the Rebbe, Mr. Zacks had a conversation with him for about an hour and a half. In that time, one of the things the Rebbe said was this:

He quoted Kazantzakis’ book Zorba the Greek to me during our conversation. “Do you remember the young man talking with Zorba on the beach, when Zorba asks what the purpose of life is? The young fellow admits he doesn’t know. And Zorba comments, ‘Well, all those damned books you read–what good are they? Why do you read them?’ Zorba’s friend says he doesn’t know. Zorba can see his friend doesn’t have an answer to the most fundamental question. That’s the trouble with you. ‘A man’s head is like a grocer,’ Zorba says, ‘it keeps accounts…. The head’s a careful little shopkeeper; it never risks all it has, always keeps something in reserve. It never breaks the string.’ Wise men and grocers weigh everything. They can never cut the cord and be free. Your problem, Mr. Zacks, is that you are trying to find G-d’s map through your head. You are unlikely to find it that way. You have to experience before you can truly feel and then be free to learn. Let me send a teacher to live with you for a year and teach you how to be Jewish. You will unleash a whole new dimension to your life. If you really want to change the world, change yourself! It’s like dropping a stone into a pool of water and watching the concentric circles radiate to the shore. You will influence all the people around you, and they will influence others in turn. That’s how you bring about improvement in the world.”

(Now I feel as if I should read Zorba the Greek)

The Rebbe’s solution to what he saw as Mr. Zacks’ “problem,” was to ask Mr. Zacks to accept a teacher, sent by the Rebbe, into the Zacks home for a year to teach him how to live as a Jew, how to be a Jew.

Understanding who you are, where you fit in, and how to live purposefully in God’s universe isn’t something you just study and understand. Unlike what we are often taught in the church, it’s not just something you cognitively believe or feel emotions about as you sit in a pew or pray in the night. It is something you do, it is a continual experience of life and living and being a child of God, made in His image.

At the Rebbe’s initial request to place a teacher in the Zacks home, Mr. Zacks said, “Rebbe, I’m not ready to do that.” Although through a series of letters, the Rebbe continued to make his request over the years, I don’t believe Mr. Zacks ever took him up on the offer.

While the “solution” to our fitting in and leading purposeful lives as Christians probably isn’t having a Chabad Rabbi live in our homes for a year (or for that matter, a Baptist Pastor), we do need to not just believe in God, but experience what it is to live out God’s purpose for the world and His purpose for our lives. What that is for me as an individual, alas, remains something of a mystery, in spite of everything I just wrote. On the other hand, and I’ve said this many times before, on a very basic level, it’s not that hard to understand and do, either.

Then the King will say to those on his right, ‘Come, you who are blessed by my Father, inherit the kingdom prepared for you from the foundation of the world. For I was hungry and you gave me food, I was thirsty and you gave me drink, I was a stranger and you welcomed me, I was naked and you clothed me, I was sick and you visited me, I was in prison and you came to me.’ Then the righteous will answer him, saying, ‘Lord, when did we see you hungry and feed you, or thirsty and give you drink? And when did we see you a stranger and welcome you, or naked and clothe you? And when did we see you sick or in prison and visit you?’ And the King will answer them, ‘Truly, I say to you, as you did it to one of the least of these my brothers, you did it to me.’ –Matthew 25:34-40 (ESV)

As we begin a new year on the Jewish calendar with Yom Kippur still facing us, if you (or I) have no idea where God wants you to “fit in,” I suppose following the advice of the Master wouldn’t be a bad place to start.

-Richard O’Brien
from the song, “Don’t Dream It, Be It”
The Rocky Horror Picture Show soundtrack

Out of respect for the Jewish people and to honor Rosh Hashanah, which is considered a Shabbat and celebrated for two days starting today at sundown, my next “meditation” will be posted on Wednesday morning.

May you have a good and sweet year