In order for the Shechinah to dwell within the Worlds and their creatures, there must therefore be a “garment” which serves to conceal its light. Only then can creation receive the Shechinah and not be nullified out of existence.

In other words: If the Shechinah is manifest in the “garment”, i.e., if the garment is enveloped by its source, then it follows that it should be nullified out of existence, just as the sun’s rays cease to exist within the body of the sun. In effect, this would make the “garment” cease serving as a “garment” to conceal the Shechinah.

The Alter Rebbe anticipates this question by stating that the “garment” is G-d’s Will and wisdom, which are enclothed in Torah and the mitzvot. Since this “garment” belongs to a plane even higher than (the source of the world’s vitality known as) the Shechinah, it is not nullified by it.

The relationship with God, the great, infinite Creator, the unknowable and endless Ein Sof, with the earthly manifestation of His will, the Shechinah, which descended upon the Tabernacle in the desert and inhabited it, is a great mystery. Interestingly enough, it’s a mystery that virtually no one in Christianity discusses or really seems to care about. However, we see in the above quote from “today’s Tanya lesson,” that it is of great interest to Jewish Kabbalists, but Jewish mysticism is far outside the range of interest of most Christians, which I suppose is a good idea.

In the mainstream church, my experience of religious education is that it’s rather boring and superficial. Granted, I haven’t been to a traditional Sunday school or Christian Bible study in well over a decade, but even at the time I was attending church as a “young Christian” (as opposed to being a “young person”), it seemed pretty “canned” to me.

On the other end of the spectrum, there is a lot of purely “crazy” stuff, published mostly on the Internet, about “revelations” and “secrets of the Torah” being spouted off by so-called “prophets” and “Messianics” (mostly Gentile as far as I can tell). Derek Leman has started collecting samples of this “craziness” in a blog series he calls The “Messianic” Wall of Weird” (a not-so-subtle reference to the television series Smallville).

Finding reliable teaching is something of a challenge. Not that it’s impossible, but you have to be a fairly stable personality and be willing to be sceptical to tell the difference between fluff, craziness, and potential illumination. I say “potential illumination” because in all of our much vaunted education and research into the Bible, we still aren’t that sure of our facts. Most of us seem to grasp some basic truths, that God is One, that Jesus is Lord, the Savior of the world, and King of the Jews, that faith without action is dead, but many of the “little details” (OK, maybe they’re not so little) that are so important to us (and maybe to God) manage to elude us.

For instance, what about the relationship between what, in Judaism, is called the Ein Sof and the Shechinah? I have tried discussing a similar topic, the relationship between Jesus and God, and received a few rebukes, mainly because I don’t buy into the traditional Christian doctrine of how the deity of Jesus is supposed to work (and again, I’m not saying Jesus isn’t divine…I just want a better explanation about what that means).

No, I’m not trying to open that can of worms again, but I do want to point out that most of us seek our comfort zone, which includes the zone where our fellowship resides. When I attended a Christian church and was learning about Jesus for the first time, I tried to accept the concept of the Trinity and that Jesus was literally God, even though I had no clue what it meant. I tried asking a Pastor I respected what the answer was, but rather than telling me that he didn’t know either, he just sidestepped the question, and I chose not to press him on it. 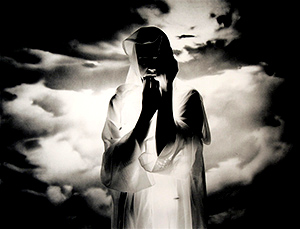 People can point out the passages in the New Testament they believe says that Jesus was worshipped as God, but even among the most learned New Testament scholars, most of whom are devout Christians, the matter is highly debatable.

So where does Jewish mysticism fit in?

In other words: If the Shechinah is manifest in the “garment”, i.e., if the garment is enveloped by its source, then it follows that it should be nullified out of existence, just as the sun’s rays cease to exist within the body of the sun. In effect, this would make the “garment” cease serving as a “garment” to conceal the Shechinah.

And the Word became flesh and dwelt among us, and we have seen his glory, glory as of the only Son from the Father, full of grace and truth. (John bore witness about him, and cried out, “This was he of whom I said, ‘He who comes after me ranks before me, because he was before me.’”) For from his fullness we have all received, grace upon grace. For the law was given through Moses; grace and truth came through Jesus Christ. No one has ever seen God; the only God, who is at the Father’s side, he has made him known. –John 1:1-5, 14-18 (ESV)

No, that’s not an answer, but it is a clue. No, I can hardly say that we can directly apply commentary on passages from the Tanya directly to the Gospel of John (although John’s Gospel is the most “mystical”), but again, this seems to be a clue that makes a sort of sense to me.

However, I want to talk about education, rather than trying to solve astounding mysteries. As I understand my situation, I have a few options.

First, I could go to church and stick to canned teachings about what Christians believe, including accepting the doctrine of the Trinity based on the word of various Pastors and Bible teachers and stop asking questions. That’s the “safest” route, not just for my fellowship with other Christians, but for the sake of the well being of other Christians. If I stop asking uncomfortable questions which they don’t want to answer (because they believe they have all the answers they need), then I won’t drive them crazy with frustration because I won’t “fall into line.” or go with the “herd.”

Second, I could swing to the opposite end of the spectrum and follow every craziness that happens to manifest on the web. Frankly (and you should pardon what I’m about to say), that makes me vomit in my mouth just a little bit. Total, illogical insanity being tossed out into cyberspace for no other purpose than to express someone’s delusions or to create a cult following makes me just as nuts as the pre-programmed and utterly unenlightening teachings I used to encounter in Sunday school.

Third. I can continue to find what I believe are reasonable and reliable investigations into the Word of God that may not always be totally orthodox, but that have the promise of actually being interesting, challenging, and possibly even true. This one is full of trap doors for a lot of reasons, such as my not being a Bible scholar with lots of letters after my name. Entering into any sort of study, even a casual one, of any form of mysticism can also be hazardous, because of the constant need to distinguish between theory and interpretation. We interpret the Bible, we don’t really know it to be totally literal and factual, especially books like John and Revelation, which have highly mystical components. But at what point does interpretation become wishful thinking or even fantasy? At what point do we allow tradition and theology and doctrine to determine what the Bible says and then call it “fact?”

That line is very difficult to see amid the shifting sands of human understanding and desire to have our internal wishes or the wishes of our fellowship fulfilled.

I’m pretty sure I’m not crazy. I absolutely know that I don’t know it all, or don’t know anywhere near what I’d like to know. I’m pretty sure the church and the synagogue don’t have all the answers either, not to mention legitimate texts of Jewish mysticism, no matter how compelling they may be. 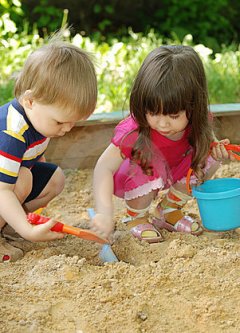 But like most religious people, I have to choose a context in which to operate, otherwise my faith in chaotic and without structure. So I choose a hybrid of Christianity and Judaism, with a bit of Chassidic and Kabbalistic mysticism thrown in for spice. This probably won’t yield any additional facts beyond those I possess, but perhaps it will bring up some interesting questions. Faith isn’t always about having the right answers. Sometimes it’s about having the freedom to explore God.

If He had made the world a complete and utter mystery, we would have no path to know Him. And if all would fit together like a neat and tidy grandfather clock, we would not know that there is anything more to know. So He took His raw, unknowable Will and cloaked it in wisdom, and through that wisdom a world was formed. And in that world, we sentient beings are drawn to the wisdom—only to find ourselves engulfed within an unfathomable ocean of wonders.

Now it is within the mind’s grasp to know that no thought can grasp Him.

-Rabbi Tzvi Freeman
“Playing with Our Minds”
Based on letters and talks of the Rebbe
Rabbi M. M. Schneerson
Chabad.org

Somewhere between a limited, physical universe, and the boundless infinity we call God, we have a sandbox we’re allowed to play in and explore. The box is our limitations. The sand is what we don’t know and perhaps can’t know. Maybe playing in sand seems futile and childish to you and you’d rather just have the box because it’s ultimately knowable. But who knows what treasures God may have buried in the sand for us to find?

2 thoughts on “Playing in the Sandbox”