The mitzvos are primarily physical deeds performed with physical objects: animal hides are fashioned into tefillin and wrapped around one’s head and arm; flour and water become the instrument of a mitzvah in the form of the matzah eaten on Passover; a ram’s horn is sounded on Rosh Hashana; a citron and palm fond are taken on Sukkot. For the physical world is ultimately the most appropriate environment for the function of the mitzvah to be realized.

“The mitzvos relate to the very essence of G-d” is a mainstay of chassidic teaching. But the very notion of something relating to another thing’s essence is a philosophical oxymoron. The “essence” of something is the thing itself, as opposed to manner in which it affects and is perceived by that which is outside of it. Hence the philosophical axiom: “The essence of a thing does not express itself or extend itself.” In other words, if you see it, it is not the thing itself that you see, only the manner in which it reflects light and imprints an image on your retina; if you understand it, then it is not the thing itself that you comprehend, only a concept which your mind has pieced together by studying its effect on other things; and so on.

Nevertheless, G-d desired to project His essence into the created reality. This is the function of the mitzvos: through observing His commandments and fulfilling His will, we “bring” the very essence of G-d into our lives. And this is why He chose the physical object as the medium of the mitzvah’s implementation.

Spiritual entities (i.e., ideas, feelings, etc.) intrinsically point to a source, a cause, a greater reality that they express and serve. The spiritual is thus the natural medium for the various expressions of the Divine reality that G-d chose to convey to us – unlike the physical, whose deeper significance is buried deep beneath the surface of its corporeality, the spiritual readily serves as the expression of a higher truth.

But when it comes to the projection of G-d’s essence, the very “virtues” of the spiritual disqualify it: its capacity to convey, to reveal, to manifest, runs contrary to the introversive nature of “essence.” Here, the physical object, the most non-transcendental element of G-d’s creation, is the most ideal vehicle for G-d’s essence capturing mitzvos.

A physical object merely is: “I am,” it proclaims, “and my being is wholly defined by its own existence.” As such, the physical object constitutes the greatest concealment of the Divine truth. Precisely for this reason, it is G-d’s medium of choice for man’s implementation of His will.

In other words, the object of the mitzvah is not a “manifestation” of the Divine. Were it to reflect Him in any way, were it to reveal anything of the “nature” of His reality, it would, by definition, fail to capture His essence. But capture His essence it does, simply because He willed it to. G-d, of course, could have willed anything (including a manifest expression of His reality) to convey His essence, but He chose a medium that is most appropriate according to logical laws he established in creating our reality – a reality in which “essence” and “expression” are antithetical to each other. He therefore chose the material world, with its virtual blackout on any revealed expression of G-dliness, to serve as the “tool” with which we perform the mitzvos and thereby relate to His essence.

Yesterday’s “extra meditation,” The Blood of the Prince, took a look at the “deity of Jesus” issue and inspired many passionate responses. Here’s the same issue from a different point of view.

You may have just read this lesson from the Pirkei Avot or Ethics of Our Fathers and wondered what it had to do with anything. In Christianity, the physical and the spiritual are usually seen as two separate and often incompatible entities. Christians are always trying to escape “the flesh” so they can connect to the Spirit. Yet in Judaism, this isn’t necessarily the same picture. 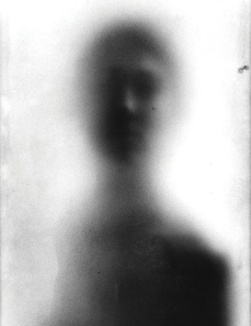 The connection of flesh and spirit is a question that was discussed with some fervor recently on Gene Shlomovich’s Daily Minyan blog post, Crisis? A Jewish husband believes that Jesus is the Messiah but not G-d. Once again, the question of the Deity of Jesus was brought up and once again it was not resolved, except in the minds of people who feel they know for sure that Jesus is “God in the flesh.”

Some of us however, aren’t so sure how it’s all supposed to work, which I guess is why we have faith but not always complete knowledge of who and what God is and isn’t.

But the commentary I quoted from includes a very interesting statement:

A physical object merely is: “I am,” it proclaims, “and my being is wholly defined by its own existence.” As such, the physical object constitutes the greatest concealment of the Divine truth. Precisely for this reason, it is G-d’s medium of choice for man’s implementation of His will.

I started thinking about something the Master said that sounds at once somewhat similar and yet is entirely different.

Your father Abraham rejoiced that he would see my day. He saw it and was glad.” So the Jews said to him, “You are not yet fifty years old, and have you seen Abraham?” Jesus said to them, “Truly, truly, I say to you, before Abraham was, I am.” –John 8:56-58 (ESV)

Of course, the statement “I am” not only recalls the Pirkei Avot commentary, but Exodus 3:14:

The Master is apparently saying not only that Abraham believed in him, Jesus, by faith (see Hebrews 13:11 as well), but that the great “I am” of Exodus is also the Christ. The quote from the Pirkei Avot commentary says that a physical object’s loudest cry of “I am”  (including physical man) declares that it is defined by its physical nature, and that physical nature is also the ultimate hiding place for the Divinity of the Creator. Which “I am” reference can we apply to Jesus…or can we apply both?

I’ve explored Messianic Divinity before and have leaned toward an alternate “explanation” for the joining of humanity and Divinity in the person of Jesus Christ than the one held by the church. That doesn’t make me a popular fellow by more traditional Christian thinkers (whether in the church or the Hebrew Roots movement) but at least I’m willing to question my assumptions and admit that I don’t know everything (which seems a prudent position given the ultimate “unknowability” of God).

That said, I’m taking somewhat of a different position today and exploring the other side of the coin, albeit through the interface of a commentary on the classic Jewish texts. I’m hardly saying that what was written in the Pirkei Avot directly or indirectly applies to the concept of the Messiah in general or Jesus in specific. The two “I am” references are competely disconnected in practicality. I’m just choosing to use this comparison as a “jumping off point” for exploring both Jesus and God.

But then, I never said that Jesus wasn’t Divine in some manner or fashion, I just failed to jump on the mainstream Christian bandwagon in terms of an explanation. Judaism may not hold that a man can also be God and worthy of the worship and honor due to God alone, but it does (and I’m not even speaking of Jewish mysticism here) acknowledge the ability of the Divine to somehow exist within our universe and even to play by the rules of that universe, though as a matter of choice, not limitation:

Indeed, since the purpose of creation is that the essence of the Divine should be drawn down into the physical reality, the objective is to do so on its (the physical reality’s) terms, not by overriding them. So if the logical laws that govern our reality and dictate that “expression” is incompatible with “essence,” our bringing of G-dliness into the world is to be achieved “blindly,” without any perceptible manifestations of the Divine essence.

On the other hand, however, if G-d’s essence is truly to enter our reality, He must enter it as He is, without hindrance or inhibition. If His reality tolerates no limits or definitions, “revelation” must be no less conducive to His essence than “concealment.”

In other words, for Him to be here implies two (seemingly contradictory) truths: if He is to be truly here, then His presence must be consistent with our reality; yet if it is truly He who is here, He must be here on His terms.

This is why created existence has two distinct components: the Present World and the World to Come the process and its culmination. The process of drawing down the Divine essence into the created reality is carried out under an obscuring veil of corporeality, in keeping with the created rule that “the essence of a thing does not express itself or extend itself.” At the same time, the product and end result of this process are a world in which G d is uninhibitedly present, in which also the expressions of His reality fully convey the quintessence of His being. 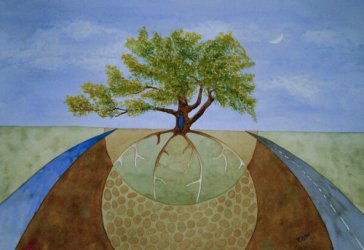 In Jewish mystic tradition, the Angels and even the mysterious essence of the wisdom of Torah must be “clothed” in the mundane in order to exist in our world. Though God the Ein Sof, the infinite and unknown Creator does not interact with the world, something we call the Shekinah, which in most Christian Bibles is translated as “God’s glory” did enter our world, incinerating the top of Sinai and entering the Tabernacle in the desert, constructed by the hand of man. That Shekinah, we call “God” too, but it doesn’t seem to bother us that God existed simultaneously as Ein Sof and Shekinah (if something that strange, mystical, and metaphysical can even be expressed in temporal terms).

I don’t know how it all works so I have no answers to give you. If you’re comfortable with your answers, then I guess that works for you. Frankly, I’m more “comfortable” or at least better able to tolerate the vast uncertainty of the nature of “the Word became flesh and dwelt among us.” Once we say that we know all there is to know about God, it is humanity defining Divinity rather than the other way around. I don’t think I could live with that.

12 thoughts on “A Physical Object is Merely “I am””