Thus says the LORD: “Heaven is my throne, and the earth is my footstool; what is the house that you would build for me, and what is the place of my rest? –Isaiah 66:1

And the Word became flesh and dwelt among us, and we have seen his glory, glory as of the only Son from the Father, full of grace and truth. –John 1:14

Great indeed, we confess, is the mystery of godliness:
He was manifested in the flesh,
vindicated by the Spirit,
seen by angels,
proclaimed among the nations,
believed on in the world,
taken up in glory. –1 Timothy 3:16

Have you ever wondered who Jesus is? I know. You think you have the answer, but maybe you don’t. If you’re a Christian, you’re probably really sure who he is. The Son of God. The “Son” part of the Trinity. The Word made flesh (whatever that might mean). If you’re Jewish and you don’t “believe”, then at best, you think he was a little known, itinerant teacher who said a few good things and came to a bad end (most Jews I’ve met don’t believe Jesus was trying to start a new religion that hated Jews and they blame Paul for that part of it).

Christians believe that Jesus is the Christ, the Messiah prophesied in the Old Testament. Jews don’t. One of the big reasons Jews don’t believe Jesus could be the Messiah is that no where in modern Jewish thought is it required that the Messiah must be God. In fact, a man claiming to be God is a heretic. People who worship a man as if he were God are pagan idol worshipers. It’s a really big problem and one of the major reasons (which many Christians don’t get) that Jews don’t even consider “converting to Christianity” (and there are lots of other reasons besides this one).

What gets me is that Jews have been radically monotheistic back to the days of Abraham and Christians don’t seem to understand the depth of this feeling. The very idea that there could be more than one God is just insane from a Jewish perspective. Christians, of course, say they are not polytheistic but in fact worship God as “three-in-one”. This doesn’t make a lot of sense to a Jew who would just see the argument as a cheap way to get around worshiping three gods. Christians don’t have a problem believing that God can exist in His heaven (God the Father) and still exist as a human being on earth (God the Son).

I’ve spent a lot of time trying to get some small handle on the nature of the Messiah, and to somehow reconcile the Jewish and Christian viewpoints on who the Messiah must be. It isn’t easy. Christians have long since (as far as I can tell) given up on any attempt to solve the mystery, and just accept that the God-nature of the human Jesus and his co-existence with the Father are simply beyond human understanding.

And yet people have tried to understand it. People have written about it. We can find those writings today. I’ll try to pull some of that stuff together into one (hopefully) short series so we can wrestle around with it, starting with this blog.

I should say that I’ve posted a number of blogs on my old “Searching” blogspot on the topic of the nature of the Messiah. The reason I’m revisiting the material is that all of that stuff is scattered across half a dozen blog posts or more and I’d like to pull it together. For the record, the main source of information, which includes a ton of comment responses, is at a blog I wrote called The Deity Problem. There are 89 comments (as of this writing) posted in response to my original blog and we still didn’t resolve anything. I think there is a resolution somewhere or perhaps just a theory that offers one. Here’s part of it. 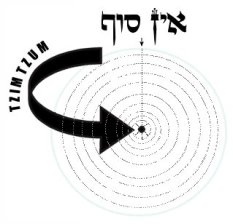 Warning! My theory is based on ideas proposed in Kabbalah, so some people are going to be automatically put off by what I’m going to say. If that’s really going to bother you, stop reading now and find a blogspot that’s more politically correct. Also, my source is a site called hebrew4christians.com. I’m not crazy about using this site as a source, not because there are inaccuracies involved necessarily, but I’d prefer to use a non-Messianic site or at least a non-Gentile oriented site as a source for strictly Jewish and Kabbalistic information. But this is what came up when I started looking. OK, here we go.

How did God create the universe according to Kabbalah? Yes, this is relevant to how I understand the nature and character of the Messiah. Be patient. Keep reading.

In the beginning there was only God… and nothing else. God, or Ein Sof, was an all-encompassing Divine Presence/Light called Or Ein Sof (the Light of Infinity). Since nothing but God existed before creation, when God decided to create yesh (i.e., “something”) from its Ein (i.e., “nothing”), God needed to “make a space” or to “provide room” for that which was not God (i.e., otherness). God therefore “emptied himself” by contracting his infinite light to create a conceptual space for the creation of the universe. In a great cosmic flash, God then “condensed” into a point of infinite density and infinite energy called tzimtzum (“contraction”) and “exploded out” in all directions (i.e., the cosmic “Big Bang”). In a sense, this self-imposed “contraction”of the Infinite Light is a picture of God “sacrificing” Himself for the sake of creation.

You can use the link I previously provided to get all of the content, but the key for me is that God had the ability to contract or “humble” Himself, so He could cease to be “infinite” and allow room for the universe (I know all this is highly symbolic and I’m not saying this is really how God made the universe, but bear with me…the method I’m using to try and understand the Messiah has significant mystic elements…I don’t think you can understand the Messiah otherwise).

The next part has to do with how an infinite God (Isaiah 66:1) could occupy a finite container in our universe (Exodus 40:34-35)

Kabbalah suggests different aspects or natures to God. The concept of an infinite, unknowable God, as previously mentioned, is often referred to as Ein Sof in Kabbalah. I suppose if I were to translate that into a Christian concept, I would call it “God the Father”. However, Ein Sof cannot occupy a tent in a desert or a Temple in Jerusalem. Ein Sof is infinite, unknowable, cosmic, unfathomable in an absolute sense. So just what was it that took up residence in the Tabernacle at the end of the Book of Exodus?

Jews believe that the Shekhinah or the “Divine Presence” occupied the Tabernacle and later, the Temple. This is an aspect of God that is able to manifest itself in our universe and something that we can experience, sometimes in an extremely powerful way (think about the burnt off top of Mt Sinai when God spoke to the Children of Israel). The root word in Hebrew for “Shekhinah” literally means “to settle”, “to inhabit”, or “to dwell”. It’s an aspect of God that is able to “condense” or “sacrifice” or “humble” itself to make itself physically finite in our finite universe so that we can have a direct interaction with the Divine.

Now remember about the root word in Hebrew for Shekhinah, and that the root literally means “to dwell”.

And the Word became flesh and dwelt among us, and we have seen his glory, glory as of the only Son from the Father, full of grace and truth. –John 1:14 (ESV)

OK, God’s Divine Presence was able to occupy a three-dimensional object in our universe: the Tabernacle. No one would ever suggest that the Divine Presence actually became a tent; it just inhabited the tent temporarily and when it was done living there, it left. Now, using all that as our foundation, let me suggest (and it’s just a suggestion, not a conclusion) that the “Presence” were able to manifest as a human being without God literally transforming himself into a person!

“Chassidic philosophy has added significantly to our understanding of the resurrection generally, and of Moshiach specifically. Moshiach’s case is somewhat different, since his soul comes from the Divine Essence (atzmus in Hebrew). At this level, life and death are equal. In fact this Essence transcends all limitations, for a soul of this Essence, the miraculous and the natural are equal and coexist. It follows that the life of Moshiach is completely above the laws of nature, which our Sages confirm.”

-from “The Greatest Challenge”
Chabad of Central New Jersey

This is actually really amazing to read from a Chabad source because it seems to support both my contention that the Messiah has a Divine nature as a human without literally being God and support many of Christ’s statements about himself such as “The Father and I are One” (John 10:30) and “I can do nothing but what I see the Father doing” (John 5:19).

There’s too much to talk about to contain in a single blog post, so I will continue the “Divinity” series, writing four articles over the course of time. Some of you may become upset that I’m challenging the long-accepted tenets of the church regarding the “Deity of Jesus” and I hope you understand that I mean no offense or disrespect, either to you or to God. I think it’s important to ask questions. I think the episode of Jacob wrestling with the angel (Genesis 32:22-32) can be a picture for us and permission to wrestle with God in our faith. I pray that you read my “Divinity” blogs in that light and respond accordingly. I pray for God’s understanding and guidance in this endeavor.

Abraham, father of us all, questioned G‑d’s justice. So did Moses. So did Rabbi Akiva. So did many enlightened souls. You are not the first.

Of all those who questioned, there were two approaches: Those who meant it, and those who did not.

Those who asked but did not want to understand gained nothing.

-Rabbi Tzvi Freeman
“Questioning the Divine”
Based on letters and talks of the Rebbe
Rabbi M. M. Schneerson
Chabad.org

Look for Part 2 in this series on Sunday: The Living Word of God.