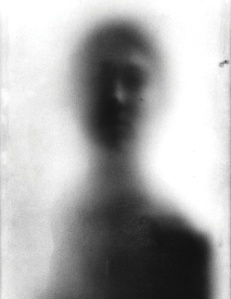 I’ve said numerous times before in other blog posts, that I’m becoming convinced that we cannot understand the teachings of the Jewish Messiah and his early disciples without some ability to look at those teachings through a Jewish mystical lens. This goes beyond an understanding of Torah and Talmud (and possibly flies in the face of Judaism’s more “rational” understanding of God), but there are “mysteries” exposed in the Apostolic scriptures that suddenly become more comprehensible if we don’t examine them only with a literal and practical microscope. Seeing that Jewish mysticism can trace its origins to the first century B.C.E. (and perhaps before even that), makes it all the more likely that such a tradition found its way into the early Jewish writings describing the person and mission of the Jewish Messiah. How the divine could become a man and dwell among human beings requires belief beyond the physical realm and mysticism is the door that leads to the world where the mysterious can, in some fashion, become known.

Levertoff believed that the Gospels and Chasidic Judaism merged seamlessly, and he dedicated his scholarship to demonstrating that conviction. He is said to have best developed his ideas in his major life work, a manuscript on the subject of Christ and the Shechinah. Unfortunately, the book was never published and the manuscript has been lost; however, he presented a lecture titled “The Shekinah Motif in the New Testament Literature” to the Society of the Study of Religions that we may assume represented something of an abstract of the larger work. This short paper provides a glimpse into a compelling and radical attempt to reconcile Jewish mysticism and faith in an exalted, divine Messiah.

Commentary on Paul Philip Levertoff and
Love and the Messianic Age

In yesterday’s “meditation”, I attempted to forge a connection between the Divine Presence inhabiting the Tabernacle in the desert, the Kabbalistic understanding that God somehow “clothes” His Divine will and wisdom as the actual Torah scroll and “the Word becoming flesh and dwelling among us” (John 1:14). I admit, to make all of that fit, compelling as the imagery is to me, takes more than a little sleight of hand. But then, none of us has a completely unclouded view of the meaning behind the Biblical text, and so we manage to use various “tools” to help us interface with the Word, sometimes including mysticism.

Although Christianity enjoys as much of a historical mystic heritage as Judaism, most modern-day Christians (as well as Gentile Messianics) tend to take a dim view of anything that strays outside of standard theological boundaries, and especially anything that might even vaguely suggest the occult. Kabbalah has more than its fair share of “magical” practices that appear to directly contradict certain portions of the Torah, but on the other hand, mysticism isn’t exactly a stranger in the Bible either.

I must go on boasting. Although there is nothing to be gained, I will go on to visions and revelations from the Lord. I know a man in Christ who fourteen years ago was caught up to the third heaven. Whether it was in the body or out of the body I do not know—God knows. And I know that this man—whether in the body or apart from the body I do not know, but God knows— was caught up to paradise and heard inexpressible things, things that no one is permitted to tell. I will boast about a man like that, but I will not boast about myself, except about my weaknesses. Even if I should choose to boast, I would not be a fool, because I would be speaking the truth. But I refrain, so no one will think more of me than is warranted by what I do or say, or because of these surpassingly great revelations. Therefore, in order to keep me from becoming conceited, I was given a thorn in my flesh, a messenger of Satan, to torment me. –2 Corinthians 12:1-7 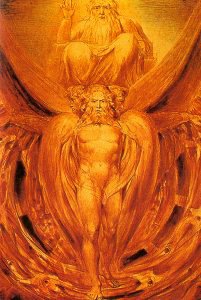 I must also point out two other major areas of the Bible that are written with strong mystical themes are Ezekiel 1:4-26, referencing the Prophet’s vision of the Third Temple, and John’s amazing visions recorded in the book of Revelations. It’s also been suggested by some New Testament scholars that the Gospel of John is strongly mystical in its descriptions of the Messiah compared with the other three Gospels. We can hardly dismiss mysticism as “unBiblical” when we find many examples produced directly in the text.

I’m saying all of this to propose that it may well be impossible to begin to grasp the nature and character of the Messiah and his teachings, unless we are prepared to consider Jewish mysticism as one of our interpreters. We already have seen in my quote of Levertoff above, that he saw a connection between Christ and the Divine Presence. Not only may the “explanation” for matters of the Divine nature of the Messiah be found along mystic paths, but it seems more than likely that there was some mystic tradition in the Judaism of the Apostles that allowed sections of the New Testament to be created with a distinctly mystic flair.

Author Gershom Scholem in his book Major Trends in Jewish Mysticism “connects the dots” of Jewish mystic tradition back before the birth of Christ.

The first phase in the development of Jewish mysticism before its crystallization in the mediaeval Kabbalah is also the longest. It’s literary remains are traceable over a period of almost a thousand years, from the first century B.C. to the tenth A.D., and some of its important records have survived…Between the physiognomy of early Jewish mysticism and that of mediaeval Kabbalism there is a difference which time has not effaced.

For those of you who disdain all things mystic and cannot possibly see how I, or anyone, can apply such material to a straightforward understanding of the Bible, I want to say that we might not always be able to understand what God is telling us if we confine ourselves within traditional Christian interpretations. I say that with the understanding that Judaism considers it impossible to interpret the Bible except through their traditions. I’m not one to toss tradition under a bus, so to speak, but it is possible that Christians miss something when we box ourselves in to our own little world of canned teachings and cardboard cutout explanations.

He read the Gospels in German. Then he obtained a Hebrew version and reread them. Though he was in the midst of a Gentile, Christian city where Jesus was worshiped in churches and honored in every home, Feivel felt the Gospels belonged more to him and the Chasidic world than they did to the Gentiles who revered them. He found the Gospels to be thoroughly Jewish and conceptually similar to Chasidic Judaism. He wondered how Gentile Christians could hope to comprehend Yeshua (Jesus) and His words without the benefit of a classical Jewish education or experience with the esoteric works of the Chasidim.

I took the above-quote from my review of this First Fruits of Zion (FFOZ) material on Levertoff, and if we accept them, and Levertoff, at their word, then we have a direct, eyewitness account of how the Gospels seem to have a distinctly Chasidic flavor. Perhaps we in Christianity are only educated in a single dimension of how to understand Jesus, including what he taught and more importantly, who he was and is as the Messiah and “the Word made flesh.” 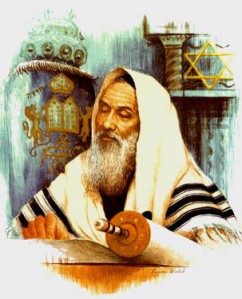 I know what you’re thinking. How can we apply mystic traditions and interpretations to the New Testament when these traditions didn’t take form for a dozen centuries after the Apostles lived and died? Isn’t that a little bit like the Talmudic Sages performing Rabbinization on Abraham? Perhaps. I’m not saying the writers of the New Testament had an understanding of mysticism that mirrored Kabbalah or the Chasidic traditions, but I am saying that maybe we can use later mystic understandings as a sort of tool to deconstruct earlier writings. We may not get the absolute meaning, but we at least get to take a momentary peek under the Divine veil at the Messianic mysteries that lie underneath.

If little Feivel Levertoff could read a scrap of paper with bit of scripture from the Gospels on it and recognize something of himself and his Chasidic Jewish life in it, then perhaps there’s something there that can speak to us about who the Messiah is as well.

In 1887 a nine-year-old Chasidic Jew named Feivel Levertoff was trudging home from cheder (a Jewish day school) when a discarded scrap of paper caught his eye. It was printed with Hebrew text. Supposing it was a leaf from a prayer book or other sacred volume, Feivel picked it out of the snow.

He quickly read the piece of paper. It was a page from a book he had never read before. It told the story of a boy like himself – not much older either – whose parents found him in the Holy Temple in Jerusalem, expounding the Scriptures and learning with the great sages of antiquity.

That boy found “in the Holy Temple in Jerusalem, expounding the Scriptures and learning with the great sages of antiquity” was of course, twelve-year old Jesus.

After three days they found him in the temple courts, sitting among the teachers, listening to them and asking them questions. Everyone who heard him was amazed at his understanding and his answers. –Luke 2:46-47

The Gospels spoke to a late 19th century Chasidic Jewish boy in a voice we Christians could scarcely recognize. We need to adjust our hearing and our thinking to be able to listen to that voice as well. It is the voice of the Jewish Messiah and the voice of God speaking to His chosen people. It’s a voice that can speak to us as well, and whisper fascinating stories that we thought we knew, but don’t.

For my next and (probably) last part in this series, I’m going to step outside of my old “Searching” blog and discuss other sources of material on mysticism that just might shed more illumination on a Messiah who we view only “through a glass darkly.” (1 Corinthians 13:12)

In Tomorrow’s “Morning Meditation” comes the fourth and final part in this series: Waiting for Spring.