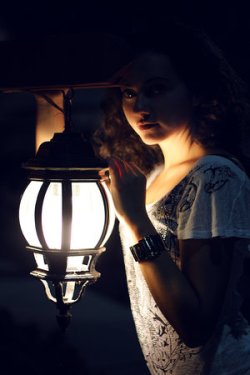 It used to be a burning issue for religious Jews, and for many it still is a quandary: may one daven in a non- Orthodox shul? The main underlying question is regarding whether a mechitzah is an absolute halachic requirement.

A certain rabbi was offered a position in a prominent liberal shul. He wondered whether he was permitted to accept it, since he believed that he could influence the community towards greater commitment to Torah..

When this question reached Rav Yosef Shalom Eliyashiv, shlit”a, he explained that this question had already been put to the Chazon Ish long ago, and been well answered. “Rav Yitzchak Hutner, zt”l, asked the Chazon Ish this question. The Chazon Ish replied that it depends. If the rabbi felt certain that he could influence the community to accept a mechitzah within a year, he could be their rabbi for this time. If not, he may not.”

Rav Eliyashiv added, “But since this rabbi is a talmid chacham, he must avoid making a chilul Hashem. He does this by informing the public that he is accepting this position because he hopes that the situation will change within a fairly short time.”

This “story off the daf” brings up a lot of issues for me in terms of comparisons of different faith communities. I scarcely know where to begin but I have to start somewhere (I also have to stop somewhere, so I’m not going to cover everything I’m thinking of..yet).

I know most Christians will take one look at this commentary and wonder what the big deal is about looking at women in a congregation. After all, I can’t think of a single Christian church I’ve been in that required separation between men and women during worship. What’s the problem? Of course, Christianity, even among the more conservative churches, doesn’t have the same sense of modesty that Orthodox Judaism employs. But let’s take a look at this for a moment (and no, I’m not suggesting separating men and women in the church).

My wife made an interesting observation, more than once actually, when we were regularly attending a Christian church over a decade ago. During services in the sanctuary, she remarked on how husbands and wives seemed to be “all over each other” during worship. What she’s describing is the hugging, cuddling, and leaning on each other of married couples in church, primarily during the Pastor’s message.

This is just a thought, but what are you going to be focusing when holding your beloved spouse closely in church, worship or your beloved spouse? I suppose it’s just a matter of different “cultural values” between the church I attended (I can’t say this sort of “cuddling” goes on in all churches everywhere) and Orthodox Judaism. I’m kind of a conservative guy, so I’d probably not engage in a lot of affectionate touching with my wife in worship (assuming we ever worship together in one place again).

That’s not really the main point I want to make, though.

For one brief moment, when reading the story, I started injecting the various Judaisms into the situation, including Messianic Judaism. Look at this particular phrase again:

If the rabbi felt certain that he could influence the community to accept a mechitzah within a year, he could be their rabbi for this time.

Earlier, I mentioned the cultural differences between the church and the Orthodox synagogue but of course, there are a number of cultural and halakhic differences between different branches of Judaism. We see here that it would be permitted for an Orthodox Rabbi to accept an appointment to a more liberal synagogue, but only if the Rabbi felt “he could influence the community to accept a mechitzah within a year.”

This is addressing a very specific situation; the separation of men and women in the synagogue for purposes of promoting modesty and proper respect to God during worship. Now I’m going to turn the issue on its head, so to speak, and put it back on Hebrew Roots and the Messianic movement.

I have been considering a suggestion I’ve heard recently, that “Messianic Gentiles” might best serve the Messianic Jewish movement, not by attending a Messianic or Hebrew Roots worship community, but by worshiping in the church instead. This is probably a radical idea to some Messianics who may be reading my blog. After all, a lot of Christians in the Hebrew Roots movement deliberately left the church because they felt the church wasn’t meeting their needs or worse, because they felt the church was pagan and apostate.

Gentile Christians in the Hebrew Roots movement, at least some of them, have given the church a lot of “bad press” and much of it is undeserved. Sure, there are things in the church that could and should improve, but we have to remember that for the past nearly 2,000 years, the church has been the sole custodian and transmitter of the Good News of Jesus Christ to the rest of the world. During the past century or so, many of the Jews who have discovered Jesus is the Jewish Messiah have done so through the church. What we think of as “Messianic Jewish synagogues” are a very recent expression of Jewish faith in the Messiah. For the most part, historically, Messianic Jews have come about as “Jewish Christians” worshiping in the Christian church.

The church isn’t going to go away and be replaced by Messianic synagogues, at least not anytime in the foreseeable future. Do people in the Hebrew Roots movement then just intend to ignore Christianity as irrelevant and pray for the day when it no longer exists?

That’s insane. That’s like saying you want 90% or more of the body of Christ on earth to simply vanish.

But as a staunch opponent of supersessionism, I’m the first to admit that the church could do a lot better in terms of how it perceives Jews and Judaism (Messianic or otherwise) and the state of the Torah in relation to the New Testament. The response of many in Hebrew Roots/Messianism, is to blame the church for betraying them, to dismiss the church, and to even revile the church. These behaviors aren’t likely to promote an atmosphere of cooperation and a mutual exchange of ideas and perspectives.

There are a lot of barriers separating the idea from the actuality, but as we see from our example off the daf, it is not unheard of to compromise your personal comfort and convenience for the sake of “promoting change from within.”

I’m going to cover this idea in much more depth in the near future, but for now, I’m asking you folks within your various areas of Hebrew Roots to consider what the best option might be for combating antisemitism and supersessionism in the church (and just to throw a monkey wrench in the machine, both of these elements exist even within some Hebrew Roots congregations). You aren’t going to change anyone’s mind by arguing with them and by insulting them. You are more likely to make a positive impact, not by pretending to be their friend, but by really being their friend and showing them how things can be otherwise. God never intended to throw his people Israel under a bus. We can be examples of how to understand the Bible outside the (church doctrine) box.

Our Master taught among his Jewish people who spanned the spectrum from sincere but confused to almost hopelessly corrupt. He showed his Jewish disciples (and not a few of the Gentiles) how to be a light by being a light himself. He called all of his disciples, including us today, to be a light among the nations. If our understanding of the “Jewish Jesus” and the current and future relationship between God and the Jews is of value, then we should shine that light in the church rather than hiding it under a bowl.

The ascent of the soul occurs three times daily, during the three times of davening. This is particularly true of the souls of tzadikim who “go from strength to strength.” It is certain that at all times and in every sacred place they may be, they offer invocation and prayer on behalf of those who are bound to them and to their instructions, and who observe their instructions. They offer prayer in particular for their disciples and disciples’ disciples, that G-d be their aid, materially and spiritually.

14 thoughts on “The Light from Within”