So now faith, hope, and love abide, these three; but the greatest of these is love.

In spite of the fact that this passage from Paul’s letter to the Corinthian church has often been read as part of the vows at innumerable weddings, it has nothing to do with romantic love. It is Paul’s message about a much greater love and, in my opinion, a love that it much more difficult to express consistently in a life of faith. In fact, I think the kind of love Paul is describing has a lot more to do with what he had to say to the church in Rome.

Bless those who persecute you; bless and do not curse them. Rejoice with those who rejoice, weep with those who weep. Live in harmony with one another. Do not be haughty, but associate with the lowly.Never be wise in your own sight. Repay no one evil for evil, but give thought to do what is honorable in the sight of all. If possible, so far as it depends on you, live peaceably with all. Beloved, never avenge yourselves, but leave itto the wrath of God, for it is written, “Vengeance is mine, I will repay, says the Lord.” To the contrary, “if your enemy is hungry, feed him; if he is thirsty, give him something to drink; for by so doing you will heap burning coals on his head.” Do not be overcome by evil, but overcome evil with good. –Romans 12:14-21 (ESV)

Interestingly enough, the Talmud seems to echo the same lessons that Paul teaches:

“[it is proper to] support the idol worshippers during the sabbatical year… and to inquire after their welfare [commentators: even on the days of the holidays of their idols, even if they do not keep the seven Noahide commandments] because of the ways of peace.” (Shevi’it 4,3)

I suppose I’m belaboring the point I was trying to make last Friday afternoon, but this blog isn’t about presenting topicial commentary or clever scholastic mysteries, it’s about me writing what’s on my mind, my heart, and my spirit as I approach each new day. The sorry state of love among the human race, including those who claim faith in God is still consuming me. What makes it worse is the lack of love among people of faith seems not to bother them (us) at all. And I have to share the name “Christian” with some of these folks. No wonder the atheists accuse us of hypocracy.

I just recently saw the film The Avengers (2012) for the first time. I know that’s a strange statement for me to make given the context of today’s “meditation,” but I do have a point. As well as being a top notch action film and a lot of fun to watch, there were a few good lessons to be found about love, honor, and sacrifice. Ironically, it took a completely secular film to talk about the qualities we Christians are supposed to possess by definition.

Of all the characters in the film, Captain America (played by Chris Evans) is the epitome of those qualities I just named. He is what we think of, in old fashioned terms, as “the greatest American hero.” He’s the ideal of what we used to believe were the finest qualities about our nation and our citizens. National cynicism has since destroyed those ideals but maybe not completely. The film has more than a few reminders for us that not only does the character Captain America have a much needed place in our world today, but the ideals Captain America represents are what we most long for in our lives. 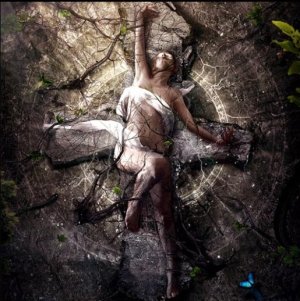 Cap is sometimes juxtaposed in the film against the character of Tony Stark/Iron Man, a person who at once has everything and nothing. A man who has wealth, position, power, and glamour, but at the expense of the finer qualities of Captain America, such as love of humanity, purpose, conviction, honor, and the ability to sacrifice even his own life if it will save others. Stark is always looking for the loophole. Steve Rogers, Captain America’s other identity, always faces his challenges head on.

Toward the climax of the film (and I’m sorry if I’m giving too much away), the only way for Stark to save New York City from nuclear destruction is to carry a nuclear missile through a dimensional rift out of our world, in order to destroy the attacking army. This is supposed to be a one-way trip, but there are no other options and no loopholes. Captain America’s example throughout the movie finally made an impression on Iron Man so that what began beating in his chest was not the electronic perfection of the machine keeping him alive, but a real human heart of compassion, even for millions of people who he’ll never know.

As in most fantasies, Stark is saved at the last minute and rewarded for his willingness to sacrifice his life by survival and the opportunity to appear in more movies, but what about the reality of this lesson? What can we learn about love and even about “heaping burning coals on the head of those who hate us?”

Remember, this lesson comes to us courtesy of a secular and atheist entertainment industry. It is however, an industry that does, within the context of the film, allow Captain American to utter one single line of dialog confirming his faith in God, which I found just amazing. This lesson in love, honor, and sacrifice (as opposed to raw vengence and self-satisfaction) comes to us from people who, in all likelihood, have never met the God of the Bible and perhaps never will this side of the Messiah.

Where is our lesson? Where is the lesson of the church?

I don’t doubt that many Christians do live up to the ideals of our Master. Many believers do not just speak, but live out the example of Jesus Christ. Many extend themselves to feeding the hungry, providing clothing to those who need it, welcoming strangers into their homes, visiting the sick in the hospital, and even extending a smile and a hand of friendship to those who revile them, even if they are other Christians.

The sad and sorry part of our faith is that there are those among us who use Christ as a blunt instrument with which to beat their perceived enemies about the head and shoulders until they’re bloody and bruised. And then these Christians congratulate themselves for aptly employing Jesus as an object of vengence and an example of “tough love” which is neither particularly “tough” in the sense of true strength and honor, or at all loving in the way Paul described love to the Corinthians.

What is the defining quality of Christianity, judgment or love? They both exist within our theology. We know a time of judgment is coming and most Christians feel immune to it, imagining that only their enemies the atheists will face such a terrifying fate. And yet the Master tells us this is absolutely not true. Just who do you think Jesus is talking to in Matthew 25:34-46? Why would athests be expected to give water to the thirsty and clothe the naked in Christ’s name? And why would the Master say this?

In Romans 12:19, Paul quoted Leviticus 19:18 to remind us that vengence belongs to God, not men. The Master gave us all a new commandment to love each other as a way of showing the world around us that we belong to him (John 13:34-35). If I have to err in the expression of my faith, I prefer to err on the side of love and to leave (to the best of my limited abilities) the vengence to God. God’s vengence, when He chooses to express it, does not contain our human faults, hositilities, and insecurities, but only His justice, which is neither ours to take or to give.

If secular films such as The Avengers can be an inspiration for us to be better people, to be “heroic” in the love we can show others, why doesn’t the church show the world that Christ brings out the best within each of us? If you want to carry the Gospel message to a desperate and unbelieving world and show other Christians “how it’s done,” I can think of no better way to do it than to show love especially toward your “enemies” because of the ways of peace.

“The whole problem with the world is that fools and fanatics are always so certain of themselves, and wiser people so full of doubts.”

2 thoughts on “The Best Within Us”