The angels glare in envy as the breath of G‑d descends below to become a human soul. Ripped out of the Infinite Light, it squeezes itself within meat and bones to experience that passion which belongs uniquely to earth below—and channel it towards its Beloved above. A new sort of love is born, a novelty to the cosmos and to its Creator: a fire within the human heart upon which the animal roasts, transformed to the divine.

“And G‑d saw all that He had made, and it was very good.” The sages tell us that “good” refers to the urge to do good, “very good” to the passion to do no good. The evil is not good, but the passion—if only it will find its true purpose—is very good.

For all that He made, He made for His glory.

-Rabbi Tzvi Freeman
“Human Passion and the Envy of Angels”
From the “Freeman Files” series
Chabad.org

That kind of complaining.

Even if you temporarily put aside any distinctions between Jews and Christians, between the various other religious groups, and between the many other differing bodies of humanity, we all have one thing in common that is very important.

We were all created in the image of God.

Even the angels can’t say that. No other living being that exists today or that has ever existed can say that. Just we poor, pathetic, mortal human beings can say that.

I’m tempted to quote the mostly over-quoted John 3:16 since it emphasizes God so loving the world and not some subsection of its population. I want to sometimes scream at some people to please get over themselves because things are the way things are, not the way you want them to be.

Tomorrow’s “morning meditation” and my commentary on this week’s Torah Portion talks again about the “choseness” of the Jewish people and why that’s not a threat to the rest of us (though you’d suspect otherwise by reading other religious blogs). Once you let yourself get past the unique relationship God has with the Jewish people through the giving of the Torah at Sinai, you can understand that none of that means God loves you or me any less or that somehow Jewish distinctiveness makes Christians second-class citizens in the Kingdom of God.

And yet, this week in the “Messianic blogosphere” I’ve noticed some authors sparing no effort in maligning individuals and reputations, even to the point of calling some Jewish Messianics “racist” in order to justify their positions and jockey for a superior spot in the race to significance.

But wait a minute.

Take one giant step backward and look at Creation and then picture yourself in the midst of it. That’s where you are. That’s where I am. That’s where we all are. God so loved you and me and all of us, that he sent His only begotten son so that if anyone, anyone at all, believes in him, he/she/they will have eternal life in covenant relationship with our Creator, with God.

Isn’t that good enough for you?

You have a life given to you by God. So do I. What are we supposed to do with it? B*tch about other religious people all the time because they don’t support our own special viewpoint about how we’re supposed to be more special than they are? Really?

Our Sages gathered these sections in an order … according to the requisite steps (Introduction to Path of the Just).

While character refinement is an important and desirable goal, we must be careful to stride toward it in a reasonable and orderly manner. Overreaching ourselves may be counterproductive.

Physical growth is a gradual process. In fact, it is not even uniform; the first two decades are a sequence of growth spurts and latency periods. Generally, the body does not adjust well to sudden changes, even when they are favorable. For instance, obese people who lose weight too rapidly may experience a variety of unpleasant symptoms. Although the weight loss is certainly in the interest of health, the body needs time to adjust to the change.

If we are convinced, as we should be, that spirituality is desirable, we might be tempted to make radical changes in our lives. We may drop everything and set out on a crash course that we think will lead to rapid attainment of the goal. This plan is most unwise, because psychologically as well as physically, our systems need time to consume new information, digest it, and prepare ourselves for the next level.

Luzzato’s monumental work on ethics, The Path of the Just, is based on a Talmudic passage which lists ten consecutive steps toward spirituality. Luzzato cautions: “A person should not desire to leap to the opposite extreme in one moment, because this will simply not succeed, but should continue bit by bit” (Chapter 15).

Today I shall …
… resolve to work on my spirituality gradually and be patient in its attainment.

Imagine if we all blogged the way Rabbi Twerski does. Imagine instead of sowing contention and discord between our own little religious factions, we resolved each day to be just a little bit better as a person than we were yesterday. There’s nothing in that sort of lesson that has any room for tearing other people down. Even if someone were to tear down Rabbi Twerski, I doubt if he’d spend any time (I don’t know this of course, I’m just supposing) using his space at “Growing Each Day” to post a rebuttal and complain about opposing opinions and oppositional people.

(I know I’m complaining right now too, but hopefully I’ll end on an up-note).

What is your purpose in life? Why did God put you here? Why are you still breathing, walking around, talking, and (possibly) blogging? 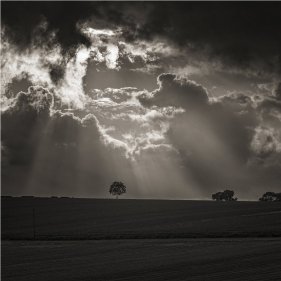 We were put here to love God and to love other people. Easier said than done to be sure, but hardly impossible. If you can do that through blogging, that’s terrific. Rabbi Twerski’s “Growing Each Day” series proves (to me, anyway) that you can do good through blogging. If writing isn’t your thing or you can’t do it without having to always comment that someone is wrong on the Internet, then close your web browser, log off your computer, step away from the keyboard, and find something to do that actually does serve the purposes of God. You don’t have to slay dragons or tilt at windmills.

Just do something that in some small way, is helpful to another person in the world, preferably without making a big deal about it or about you.

Tomorrow, I’ll probably continue to complain, though it’s not why God put me here. Today, I just want to thank God I’m living and breathing and that I have a tomorrow in which I will wake up alive.