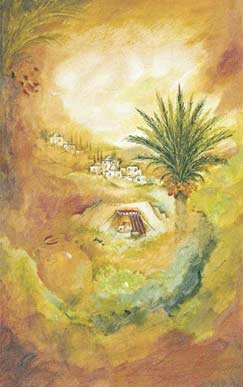 These concepts are related to this week’s Torah reading, Parshas Eikev. Eikev literally means “heel,” and refers to ikvesa diMeshicha, (Or HaTorah, the beginning of Parshas Eikev.) the time when Mashiach’s approaching footsteps can be heard. Moreover, the connection between this era and “heels” runs deeper. The human body is used as a metaphor (See Tanya, ch. 2.) to describe the Jewish nation as it has existed over the ages. In that context, our present generation can be compared to the heel the least sensitive limb in the body for we lack the intellectual and emotional sophistication of our forebears.

Other interpretations (Devarim Rabbah 3:1,3; Ibn Ezra and Ramban to Deuteronomy 7:12.) explain that the word eikev refers to “The End of Days” when the ultimate reward for observance of the Torah and its mitzvos will blossom. Indeed, the beginning of the Torah reading focuses on the reward we will receive for our Divine service.

The rewards of health, success, and material well-being mentioned by the Torah are merely catalysts, making possible our observance. For when a person commits himself to observe the Torah and its mitzvos, G-d shapes his environment to encourage that observance.

And yet, man should not strive for this era merely in order to partake of its blessings.

The Sages and the prophets did not yearn for the Era of Mashiach in order to rule over the entire world, nor in order to eat, drink, and celebrate. Rather their aspiration was to be free [to involve themselves] in the Torah and its wisdom, without anyone to oppress or disturb them. (Loc. cit. :4, see also Hilchos Teshuvah 9:2.)

It is the observance of the Torah and the connection to G-d which this engenders which should be the goal of all our endeavors.

The two interpretations of the word eikev are interrelated. For it is the intense commitment that characterizes our Divine service during ikvesa diMeshicha which will bring the dawning of the era when we will be able to express that commitment without external challenge. Heartfelt dedication to the Torah today will bear fruit, leading to an age in which the inner spark of G-dliness which inspires our observance will permeate every aspect of existence. “For the world will be filled with the knowledge of G-d as the waters cover the ocean bed.” (Isaiah 11:9, quoted by the Rambam, loc. cit.: 5)

Certainly the meditations and interpretations of the Chassidim are esoteric and not easily understood. Also, there is a difference between midrash and the more plain meaning we can derive from scripture, so we can’t take any significant portion of Rabbi Touger’s commentary as “Gospel” from a Christian point of view. However, the lesson is not completely without merit, either.

In reviewing this commentary (you can read the complete text at the link I provided above) and also from reading the text from this week’s Torah Portion, we can see revealed before us as Moses continues his closing address to the Children of Israel, that the nation; the people of Israel are indeed unique among all of mankind. God chose them and set them apart as a “kingdom of priests and a holy nation” (Exodus 19:6) before Him and that they would always be a nation in His Presence.

Given what I’ve just said, it’s natural for Christians then to ask, “What about us?” The answer is that by the merit of the blood of our Master and Lord Jesus Christ, we Gentiles also have access to a covenant relationship with the God of Abraham, Isaac, and Jacob. Of course how the covenant is applied to the nations is not identical to God’s “choosing” of Israel from out of the nations, so we have never seen Gentiles turned into Jews without undergoing the full conversion process (which has changed significantly over time). Becoming a Christian is just that, becoming a disciple of the Jewish Messiah King and being covered by the “Messianic” covenant (I’ve said all this before).

I know we struggle with the idea of maintaining distinctions between the Jews and Gentile Christians relative to God and the Messiah. But what if those distinctions were to go away? What if Jews voluntarily decided to “unchoose” themselves?

I’ve often heard the Jews referred to as the “Chosen People.” Isn’t that possibly the source of much of the anti-Semitism in the world?

If Jewish “choseness” is in fact the cause of anti-Semitism, then hatred against the Jews should disappear when Jews drop the claim that they are chosen.

Late in the 19th century, the Jews living in Germany and Austria collectively rejected their “choseness” and were assimilated by their host nation. In fact, they believed that the non-Jews among whom they lived were the true chosen people. “Berlin is our Jerusalem!” they loudly proclaimed. Gentile society was their social environment of choice, and Germany their beloved motherland.

Another test of the Chosen People theory is to see how humanity responds to other peoples who claim to be “chosen.” If the claim that Jews are chosen gives rise to anti-Semitism, then all groups who make similar claims of having been “chosen” should also become targets of persecution and hatred.

Christianity and Islam represent two other major religious groups that claim to have been chosen. Christian theology accepts that God gave the Bible to the Jews and made the Jews His special messengers. However, it is the Christian belief that once the Jews rejected Jesus, the Christians became God’s new chosen people.

Muslims likewise believe that the Jewish Bible is the word of God. However, Muslim theology claims that when Mohammad appeared on the scene, God made the Muslims His chosen people. But why hasn’t this historically generated hatred against them?

Even when all of the Jews in an entire nation voluntarily “surrendered” their status as “God’s chosen people,” there was no difference. The world still chose to treat them in exactly the same manner as when Jews stand firmly upon the foundation of the Torah and behave in accordance to their covenant status and perform the mitzvot. God will not permit the Jewish people to forget the promises He made to them and He will not permit them to relinquish their responsibilities to Him. If the Jewish people attempt to go back on their promises to God, there are powerful consequences that come into play.

Now let’s apply that to the Jewish people who have accepted Jesus as the promised Messiah and yet who insist on affirming the Torah covenant between them and God. Are they wrong for refusing to relinquish their “chosen” status that requires they perform the mitzvot of Sinai in response to the Mosaic covenant? Should we non-Jewish believers insist that the Jews give up the Torah mitzvot to the rest of the world, thereby diluting and ultimately dissolving anything resembling a distinct identity among the worldwide community of Jews. Except for a bit of DNA, the Jews would no longer be Jewish as God defines them. 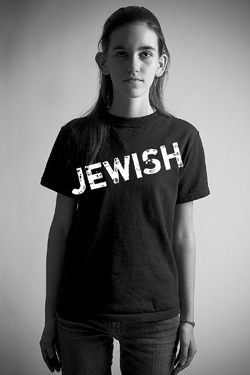 Somehow, given the example of history, particularly within the past 80 or 90 years, it seems that would be a bad idea. I don’t believe God would permit the Jewish people who have come to faith in the Messiah to permanently and en masse, surrender the Torah to the nations of the world, particularly if their Judaism goes along with it. If the nation of Israel was supposed to be unique in the time of Moses, and it was the nation of Israel that sent forth Jewish emissaries carrying the good news of the Messiah to the nations, why would God subsequently desire to liquidate Israel and replace them with a more generic body comprised of Gentiles and (former) Jews?

Judah Gabriel Himango recently coined the term “supersessionoia” on his blog, and I’m probably guilty as charged. On the other hand, is it really a “phobia” to support the Jewish people as the Jewish people, as unique to God, as His treasured splendorous people, and at the same time, acknowledge, affirm, and support the special covenant relationship the rest of we disciples of the Master have as Christians?

In all clear conscious, and I admit that I’m hardly objective since my wife and three children are (non-Messianic) Jewish, as a Christian husband and father, I will continue to support them being Jewish and hope and pray they will turn their hearts to God and Torah and live as Jews from one generation to the next. I know that terrible consequences face the Jewish people for surrendering the authority of the Torah as given to them and them alone at Sinai.

Take care lest you forget the Lord your God and fail to keep His commandments, His rules, and His laws, which I enjoin upon you today. When you have eaten your fill, and have built fine houses to live in, and your herds and flocks have multiplied, and your silver and gold have increased, and everything you own has prospered, beware lest your heart grow haughty and you forget the Lord your God — who freed you from the land of Egypt, the house of bondage; who led you through the great and terrible wilderness with its seraph serpents and scorpions, a parched land with no water in it, who brought forth water for you from the flinty rock; who fed you in the wilderness with manna, which your fathers had never known, in order to test you by hardships only to benefit you in the end — and you say to yourselves, “My own power and the might of my own hand have won this wealth for me.” Remember that it is the Lord your God who gives you the power to get wealth, in fulfillment of the covenant that He made on oath with your fathers, as is still the case.

If you do forget the Lord your God and follow other gods to serve them or bow down to them, I warn you this day that you shall certainly perish; like the nations that the Lord will cause to perish before you, so shall you perish — because you did not heed the Lord your God. –Deuteronomy 8:11-20 (JPS Tanakh)

These are the Father’s loving instructions to His Jewish children:

Hear, O sons, a father’s instruction, and be attentive, that you may gain insight, for I give you good precepts; do not forsake my Torah. –Proverbs 4:1-2