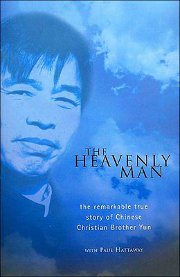 One day we will all stand before the judgment seat of Christ and be required to account for our lives. Now is the time to repent, before it is too late! “In the past, God overlooked such ignorance, but now he commands all people everywhere to repent. For he has set a day when he will judge the world with justice by the man he appointed. He has given proof of this to all men by raising him from the dead” (Acts 17:30-31). Dear friend, if you sense the conviction of the Holy Spirit tugging at your conscience, then fall on your knees and cry out to God from a repentant heart. Ask the Holy Spirit to take full control of your life and to help you daily walk in humility and dependence on Him.

Those are the final words that appear in Brother Yun’s book, which are actually from another book by Brother Yun and placed after the index to provoke interest in Brother Yun’s teachings. In reading them, I couldn’t help but be reminded of this:

The words of the Master sum up Brother Yun’s life well (not that Brother Yun isn’t still with us). In reading his book we see the story of a young and powerful disciple of the Master, a boy in China, just barely 16 when he first encounters Christ, and the amazing tale of his progression as a teacher, a Pastor, and an emissary for the Lord throughout the hazardous expanse of Communist China from the mid-1970s to the early 2000s. How many times was Yun (actual name Liu Zhenying) sought after by the authorities as a fugitive from the law for the “crime” of preaching the Gospel? How many times was he arrested, tortured, beaten, starved, ridiculed, tried, imprisoned, and left to rot in some filthy cage? How many times did he cry out to Jesus, not for his own sake, but for the sake of his family, his fellow prisoners, even for those guards and officers who were abusing him?

Even after his eventual escape from China to Germany and the west, how many trials did he suffer? How long was he separated from his family who he had to leave behind in China? How much did they suffer even after they left China but were trapped in Myanmar? Even in the west, the stories that came out of China about his struggles, about the many miracles Yun had witnessed and been a part of, about the amazing movement of the Holy Spirit that enabled thousands and even millions of Chinese citizens to hear the Gospel when Bibles were in short supply and when very little was known about God, the Christ, and the holy scriptures, how many Christians disbelieved and called Yun a liar?

I have to admit, the more “supernatural” aspects of his story seem amazing and even farfetched to me too, but perhaps we don’t see miracles in our lives because we don’t depend on God so strongly for mere day-to-day survival. We aren’t in a Communist prison, tortured daily, exposed to horrible diseases, beaten not only by guards but by our fellow prisoners, dragged through human filth, barely fed, and all the while, commanded by God to preach the good news of Jesus Christ to those who are not only his enemies but ours.

The vast majority of the book is a chronicle of what it is like to be a Pastor and an evangelist in a country where even owning a Bible and declaring yourself a Christian is a crime punishable by many years in prison or even death. This was brother Yun’s life for nearly thirty years and it illustrates the stark contrast between the life of an outspoken and courageous believer in atheist China and the comfortable lifestyle of Christians in America.

Beyond what you might expect from such a life story, two points stood out…well, three, but I’ll get to that.

The first point I’ve already talked about in a previous meditation:

However, after a few years these same mission organizations started putting other books at the top of the bags of Bibles. These were books about one particular denomination’s theology, or teaching that focused on certain aspects of God’s Word.

This, I believe, was the start of disunity among many of China’s house churches.

These booklets told us we must worship in a certain way, or that we must speak in tongues to be a true believer, or that only if we were baptized in Jesus’ name (instead of in the name of the Father, Son, and Holy Spirit) could we be saved. Other teachings focused on extreme faith, still others argued for or against the role of women in the church. 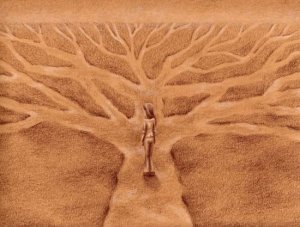 The concept of denominations was all but unknown in the world of Brother Yun and the people to whom he ministered, the majority of them being uneducated farmers and peasants. Introducing ideas like “theology,” “doctrine,” and “dogma” resulted in a terrific whirlwind of chaos and confusion in the different churches among the Chinese faithful, producing years of discord and disunity among them.

But the second thing that got my attention was this:

The path of following the Lord Jesus Christ is not an easy one. Along the way lies suffering and hardship, but nothing we experience will ever compare to the suffering Jesus endured for us on the cross.

I have a problem with the “prosperity” teaching prevalent today, which tells us if we follow the Lord we’ll be safe and comfortable. This is completely contrary to Scripture as well as to our experiences in China. In addition to serving years in prison, I’ve been arrested about thirty different times for the sake of the gospel of Jesus Christ.

To follow God is a call not only to live for him, but to die for him also.

I too have been critical of prosperity theology which I believe is not only unscriptural but a cruel joke, given the lives of people such as Brother Yun.

Paul knew what it was to live a life of hardship and difficulty and ultimately to also die for Messiah. So did Peter, James, John, and the other devoted disciples. So have an army of men and women across the span of time and the history of the church who have been martyred for the sake of the gospel. Although Yun did not die in the name of Christ, he lived a life of extreme hardship, sacrificing almost everything to his faith and to teach the words of Jesus to just one more human being, and then another, and then another, and then…

I think what I took away most from Yun’s book, the final notable point he makes, is what I quoted at the very beginning of this blog post. No matter who you are, no matter where you serve God, no matter what you do, the details of every action you’ve taken will one day come to judgment. How have you spent your time? How have I? Are we really suffering for our faith? Have we really done all we can to promote the kingdom and to summon Messiah’s return?

Have we really, really repented in humility to God?

Repentance is both the first step to walking in the kingdom of God and the key to continuing in a place of obedience and submission to the Lord. The very first message Jesus proclaimed in His ministry was, “Repent, for the kingdom of heaven is near” (Matt. 4:17). Without a deep experience of repentance in our lives, we will continually struggle with basic sin and never mature as believers.

The Devil doesn’t care if you have served the Lord in the past. What makes him frightened is if you are living for Jesus Christ today, relying on and trusting Him right now, and being willing to obey the leading of the Holy Spirit.

We may look like we belong in the kingdom of God, and we may be successful in tricking other people, but the all-knowing God cannot be fooled. We have to submit to Jesus as Lord and King if we want to dwell in His kingdom. We cannot trick God, whose “solid foundations stands firm, sealed with this inscription: ‘The Lord knows those who are his,’ and, ‘Everyone who confesses the name of the Lord must turn away from wickedness'” (2 Tim. 2:19). 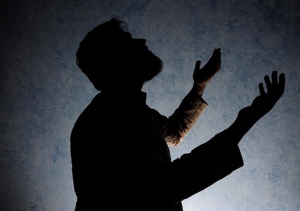 Being a “Heavenly Man” isn’t a life for the faint of heart or the weak in spirit, but as Paul said:

But he said to me, “My grace is sufficient for you, for my power is made perfect in weakness.” Therefore I will boast all the more gladly of my weaknesses, so that the power of Christ may rest upon me. For the sake of Christ, then, I am content with weaknesses, insults, hardships, persecutions, and calamities. For when I am weak, then I am strong.

If you read Brother Yun’s book and take this message to heart, you’ll never look at your path of faith the same way again…at least if you are willing to be honest with yourself and with God.

9 thoughts on “The Heavenly Man: A Book Review”