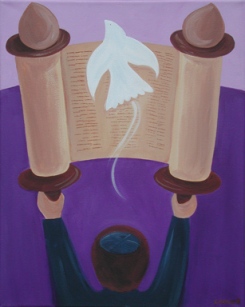 The theme of this year’s conference is “The Gifts of the Spirit.” To be honest, when the First Fruit of Zion staff first suggested this theme, I was not excited about it at all. I’m not what you might call a Pentecostal type of person. Growing up, my Jewish background was secular and non-religious, until my family got involved in a Baptist church, and then eventually Messianic Judaism, but I have never been what you might think of as a holy roller.

So when the staff suggested this theme for the conference, I groaned. I thought, “What in the world would we possibly have to say about gifts of the Holy Spirit?” I pictured us trying to act Pentecostal and Spirit-filled.

-Boaz Michael
“Let’s Get Pentecostal,” pg 5
Gifts of the Spirit

Note: This book is a compilation of the presentations given at the “Gifts of the Spirit” conference, organized by First Fruits of Zion (FFOZ) and held during the festival of Shavuot in May 2013 at Beth Immanuel Sabbath Fellowship in Hudson, Wisconsin.

I was surprised at the conference, and again by reading black text on a white background, that the modern Messianic Jewish movement was highly influenced by the Pentecostal church. Early Messianic services emphasized the Holy Spirit, called Ruach HaChodesh in Hebrew, but said-services were indistinguishable from their Charismatic Christian counterparts. Small wonder Boaz was less than enthusiastic when his staff suggested a “Gifts of the Spirit” theme for last year’s Shavuot conference.

But like so many other beliefs and practices in modern Christianity, the concept of the Holy Spirit was appropriated from ancient Jewish origins. After all, “Pentecostal” refers back, way back to the Acts 2 event which occurred on the Jewish festival of Shavuot, which in the Church is called Pentecost.

When the day of Pentecost had come, they were all together in one place. And suddenly from heaven there came a sound like the rush of a violent wind, and it filled the entire house where they were sitting. Divided tongues, as of fire, appeared among them, and a tongue rested on each of them. All of them were filled with the Holy Spirit and began to speak in other languages, as the Spirit gave them ability.

While the giving of the Spirit depicted above was a unique experience, Pentecost, or Shavuot, is an annual event, speaking to the Jewish people of the will of God and their response to Him. It is said that God gave Moses and the Children of Israel the Torah on Shavuot, so devout Jews consider it is the anniversary of the giving of the Law to the Israelites. But for Messianic Jews, and not a few Gentiles, it is also the anniversary of another gift, the power of the Holy Spirit, which enabled the apostles to fulfill their mission and their purpose of spreading the good news of the Moshiach to the Jews and Gentiles in Judea, Samaria, and ultimately across the globe.

And so we come to the Holy Spirit and what it means in Messianic Judaism today.

So that’s our objective at this conference. We want to recontextualize the role of the Holy Spirit and the gifts of the Spirit. To accomplish this, we must first understand the Spirit and the gifts from a Jewish perspective. What were the gifts? How did they function among first-century believers? Why? What was their purpose? What role did they play in first-century Messianic Judaism?

I quoted above how the Holy Spirit of God filled the apostles on an occasion which my Pastor calls “the birthday of the Church.” And yet, is this a completely New Testament concept?

This is not a New Testament idea. The Torah uses the same terminology to describe the endowment of God’s Spirit on Joshua, Caleb, Bezalel, and Oholiab. In those examples, the Torah compares a person to a vessel. God’s Spirit can fill a human being like water can fill a jar. 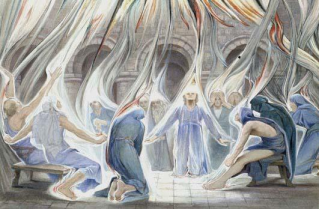 The Church believes that when a person truly becomes a believer, they are filled with the Holy Spirit, even though in the modern age, there are no visible or auditory cues that speak of the event; no rushing of wind or tongues of fire. Also, in Acts 2, the in-filling of the Spirit was like those more ancient days of which Boaz speaks, when the Spirit didn’t fill everyone, but only certain ones in order to enable those people to accomplish certain tasks, such as the apostles, the witnesses of the resurrected Messiah, to be able to spread the gospel message.

Boaz also writes of many other incidents in the Torah and the Prophets whereby a person or even groups of people received the Spirit.

And if we compare the events in Exodus 20 to the Acts 2 experience of the apostles, there are striking similarities, enough for Boaz to call the Acts 2 event a “second giving of Torah.”

What does it all mean? It means that the disciples of Yeshua experienced the day of Pentecost as a second giving of the Torah. They knew the rabbinic legends about the words of fire dividing into seventy languages as they left the mouth of God (Boaz references Shmot Rabbah 5:9). They knew the story of God’s voice speaking to all mankind in every tongue. Those legends gave significance to the miracles and signs and wonders that they experienced on Shavu’ot, the anniversary of the giving of the Torah.

I’m reminded of John MacArthur’s Strange Fire conference and subsequent book which I know fails to address the ancient Jewish perspective on the Holy Spirit. But then, MacArthur’s purpose was not to examine the Biblical history or merits of the Holy Spirit, particularly from a Jewish point of view, but to more narrowly focus on the detrimental effect Pentecostals and Charismatics have on the larger body of the Christian Church today. Boaz Michael and the Shavuot conference “Gifts of the Spirit,” held five months prior to the MacArthur conference, took a completely different course. While Michael cites the Jewish perspective as linking Spirit and Torah (Bible), MacArthur declares that Pentecostalism divorces the Word of God from the Spirit of God, inordinately focusing on the later and all but ignoring the former.

But what if they were meant, as Boaz suggests, to go hand in hand? Moreover, what if the giving of the Spirit is the fulfillment of prophesy in a way MacArthur likely missed? Jeremiah 31:33 referring to the New Covenant, states that God will put His Torah within His people and write it on their hearts, while Ezekiel 36:27 says that God will put His Spirit within His people in order to cause them (the Jewish people in this context) to walk in His statues and to obey His rules (Torah). 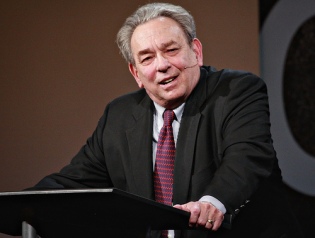 Of course, MacArthur and his conference presenters didn’t totally deny any activity of the Holy Spirit in the life of a genuine believer today, just that certain “gifts of the Spirit” were not carried over into the post-canonical world.

I guess I should mention that Strange Fire presenter R.C. Sproul did speak about Pentecost in relation to the Charismatic movement, but his perspective was hardly Jewish and he suggested (and I don’t know if he really meant this…I hope not because of its anti-Jewish/anti-Semitic implications) that only those Israelites (such as the prophets) who received the Holy Spirit were saved, not all Israelites who had faith and genuinely obeyed God.

Strange Fire speaker Tom Pennington did say that the work of the Spirit in today’s Church is not null and void, only that specific gifts have ceased:

The label “Cessationism” is negative, but the real problem is that it has been easily caricatured as believing that the Spirit has ceased his work. But the fact is that we who are cessationists believe the Holy Spirit has continued his work. Nothing eternal happens in a person apart from the Holy Spirit. Temporal things can happen, but nothing eternal. We only believe the Spirit has ceased in one function: the miraculous gifts, such as tongues, prophecy, and healing.

Church doctrine states that in order for believers to rightly interpret the scriptures, they must be helped by the Holy Spirit. It is also believed that the Spirit draws each person to God, indwells within each person as he or she comes to faith, and then enables them (us) to break free of the chains of sin and to live lives pleasing to God. While mainstream Christianity depends on the Holy Spirit to help us understand the words of God, the Jewish perspective, according to Boaz, goes even further:

It’s one thing to speak of the activity of the Spirit in the apostolic era and before, and another thing to apply it to the life of a believer in the 21st century. Unless you are deeply involved in the Charismatic movement, your experiences with the Spirit of God may not seem very tangible or even noticeable. We assent to the existence of the Spirit of God and we believe the Spirit is influential in our lives, but only invisibly, intangibly, unperceptively. In other words, when/if the Spirit is at work in our lives, chances are, most of the time, we can’t tell.

As MacArthur’s conference pointed out (at least to me), the different factions of Christianity seem woefully out of balance. The Pentecostals seek the Spirit above all else. Evangelicals/Fundamentalists rely solely on reading/studying the Bible for their understanding of God. Some people primarily pray. Some focus on preaching. Others believe evangelizing on the mission field is the only way to go. Boaz suggests that we need to be sitting on a three-legged stool to avoid falling this way, that way, or the other way. The three legs are:

Note that each of the three legs must be of equal length, of the same strength, and equally secured to the platform upon which we are seated so we don’t start leaning in a particular direction or have our foundation break down beneath us. Boaz mentioned another “three legs” which we should be pondering.

For now we see in a mirror, dimly, but then we will see face to face. Now I know only in part; then I will know fully, even as I have been fully known. And now faith, hope, and love abide, these three; and the greatest of these is love. 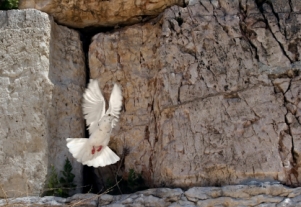 In reflecting on the “Gifts of the Spirit” conference, which I attended last May, MacArthur’s “Strange Fire,” and Michael L. Brown’s hastily constructed response to MacArthur called Authentic Fire, I can’t help but think that the FFOZ Gifts of the Spirit book, while not really a “response” to MacArthur, would have been a better way to speak to the Pentecostal community than the “Strange Fire” approach. In fact, as I recall, there were a number of Pentecostals at the Shavuot event, and they were made to feel welcome and participate fully. If FFOZ’s “Gifts of the Spirit” had received the same “press” as “Strange Fire” in the Christian media space, it might have made MacArthur’s efforts superfluous.

Something to consider at any rate.

22 thoughts on “Gifts of the Spirit, Torah, and Gospel”