In all my days I have never had to look behind me before saying anything.

Lashon hara (gossip or slander) is not necessarily untruthful. The Torah forbids saying something derogatory about a person even if it is completely true.

The primary reason I was compelled to close comments on this blog was the startling amount and frequency of (sometimes) true but disturbing, harassing, and occasionally derogatory comments being made by others.

In reading Rabbi Twerski’s commentary on Lashon Hara, I was reminded of those times many years ago when my wife would say something truthful about me that nonetheless was painful to hear. On occasion, she’d make these statements in front of others, which was certainly embarrassing, and when I would complain about this, she’d say, “Well, it’s true, isn’t it?”

According to Rabbi Twerski and the Talmud, it doesn’t matter if the statement is true or not if it also causes pain.

Derek Leman, who describes himself as “a rabbi, and speaker at the intersection of Judaism and Christianity,” recently wrote a blog post called The Infamous Incident at Antioch. While I generally agree with Derek’s “take” on the topic at hand, a large number of the 80 plus (as I write this) comments different people have composed in response to Derek’s blog (and to the other people commenting) are disturbing.

Yes, each person is telling the “truth” from their point of view, but the debate for some has gotten quite personal. It seems in this case, as in many or most other cases in the religious blogosphere, that “truth” always trumps kindness.

More’s the pity, for we are also commanded to love one another:

From many of these blog commentaries, it would be very difficult for an outside observer to determine who the disciples of Messiah are based on this commandment.

Of course, at least one person commenting on the aforementioned article is Jewish and not Messianic, so I suppose this commandment does not apply to him, but to the degree that Shabbos 118b does apply to Jewish people, what does that say? 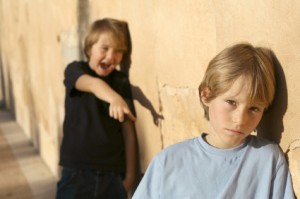 I should mention that the litmus test for Lashon Hara is whether or not you’d make such a statement in public. Since all these dialogs are incredibly public and available to anyone with an Internet connection, does that mean anything we’re willing to write on a person’s blog, regardless of the lack of kindness, cannot be considered gossip, slander, or hurtful just because we dare to press the “Post Comment” button? I hope the answer is abundantly apparent, but just in case it isn’t, the answer is “no”.

Targum Yonoson states that the center crossbar was made with wood that came from the trees that Avraham planted. I heard Rabbi Mordechai Mann of Bnai Brak comment on this that these trees were planted by Avraham for the purpose of doing kindness for travelers. The center crossbar was placed right in the middle of the tabernacle to remind us that even when we are devoting ourselves to serving the Almighty we should never forget to have compassion for our fellow men, who are created in the image of the Almighty.

-Rabbi Zelig Pliskin
“Even when serving the Almighty remember to do acts of kindness for people,” pp 207-8
Commentary on Torah Portion Terumah
Growth Through Torah

I don’t doubt that each and every person commenting on Derek’s blog, or who have made problematic comments on mine in the past, sincerely believes they are serving God in what they say, trying to straighten me and many others out, so to speak, correcting the “error” of our ways.

However, in (from their points of view) serving God, they are forgetting that some of what they say and write is not kind at all nor acknowledging that the objects of their criticism are indeed made in the image of God.

Some are even a little smug about it:

You could be 90 years old, standing right in front of me and I’d still tell you to your face that you need to be more mature in your online interactions. It’s the truth.

“It’s the truth.” As if that is sufficient moral justification for tearing down another human being.

But I suppose this could also make me guilty of Lashon Hara for I’m also trying to tell the truth at the cost of the dignity of other people.

If I am guilty of this, I ask forgiveness, but it would have been even better had I never written and published this missive.

So what’s my point?

If you want to serve God, is the best way to go about it to charge into battle or to do kindness and show compassion?

This concept of the Chinuch is a basic one for becoming a better person. Even if you are not able to have elevated thoughts at first, force yourself to behave in the way in which you hope to eventually become. If you want to become a giving person, even though you are inwardly very selfish you will eventually succeed if you continue to behave in a giving manner.

-Rabbi Zelig Pliskin
“You create yourself by your behavior. This allows you to become the person you wish to be,” p.168
Commentary on Torah Portion Bo
Growth Through Torah

I suspect if this principle were applied to becoming kinder human beings while in the service of the Almighty, the comments made on various religious blogs would be quite a bit more gentle, or maybe these comment sections would become astonishingly quiet.

Since it is unlikely that such a principle will ever become a reality among many religious people who comment on blogs (see my rants on this topic here, here, and here), and given that there is a significant overlap between Derek’s readership and mine, I’m convinced I’m doing the right thing by continuing my “closed comments” policy.

Addendum: Sunday Morning I’ve gotten a number of encouraging emails this morning and also a link to the definition of Insult at Jewish Virtual Library. That definition re-enforces the idea that even if you feel responsible to rebuke someone, you are required to do so in a manner that causes no embarrassment or other emotional discomfort. That’s pretty rare in the religious blogosphere. I’ve also been reminded that in 170 comments on this blog post of mine, no one tried to turn it into the “wild west shootout” that has recently occurred on Derek’s aforementioned blog article. So I’ll try a little experiment and temporarily reverse my decision by opening up comments on this one blog post and “take the temperature,” so to speak, of this matter. Can we be civil and non-exploitive in dialog?

36 thoughts on “The Wild and Dangerous Jungle of Religious Blogging”