Now I rejoice in my sufferings for your sake, and in my flesh I do my share on behalf of His body, which is the ekklesia, in filling up what is lacking in Messiah’s afflictions. Of this ekklesia I was made a minister according to the stewardship from God bestowed on me for your benefit, so that I might fully carry out the preaching of the word of God, that is, the mystery which has been hidden from the past ages and generations, but has now been manifested to His saints, to whom God willed to make known what is the riches of the glory of this mystery among the Gentiles, which is Messiah in you, the hope of glory. We proclaim Him, admonishing every man and teaching every man with all wisdom, so that we may present every man complete in Messiah. For this purpose also I labor, striving according to His power, which mightily works within me.

For I want you to know how great a struggle I have on your behalf and for those who are at Laodicea, and for all those who have not personally seen my face, that their hearts may be encouraged, having been knit together in love, and attaining to all the wealth that comes from the full assurance of understanding, resulting in a true knowledge of God’s mystery, that is, Messiah Himself, in whom are hidden all the treasures of wisdom and knowledge. I say this so that no one will delude you with persuasive argument. For even though I am absent in body, nevertheless I am with you in spirit, rejoicing to see your good discipline and the stability of your faith in Messiah.

Therefore as you have received Messiah Yeshua the Lord, so walk in Him, having been firmly rooted and now being built up in Him and established in your faith, just as you were instructed, and overflowing with gratitude.

I’m temporarily interrupting my reviews of the Nanos and Zetterholm volume Paul within Judaism: Restoring the First-Century Context to the Apostle in order to address a conversation I had with my friend over coffee last Sunday. Yes, this is the same friend who previously issued the pesky challenge (I say that tongue-in-cheek) of considering a return to church or some such congregation for the sake of fellowship.

Last Sunday, the challenge was to consider all that Messiah has done for me.

No, it’s not like I don’t have a sense of gratitude, but the way he put it, it’s like I am to consider only two beings in existence: Messiah and me. 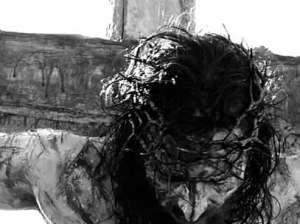 So often in the Church, over and over again, I’d hear “It’s just me and Jesus” like the rest of the human population of this planet didn’t matter. It also sounds like God’s overarching redemptive plan for Israel, and through Israel, the world, wasn’t important. All that’s important is the individual Christian and Jesus.

I look at Messiah through the lens of the entire Biblical narrative and what his death and resurrection means in terms of that narrative. I think of Messiah less as dying for me the individual, and more as dying and being resurrected as a definitive confirmation of God’s New Covenant promise to Israel; His promise of Israel’s personal and national resurrection and the life in the world to come. Messiah’s resurrection is definite proof of the resurrection for the rest of us. It certainly was to the direct witnesses of “the risen Christ,” and by their testimony, was accepted as evidence by many other Jews and Gentiles who through faith, became disciples of the Master.

I have a problem pulling Messiah out of that context, isolating his death and resurrection from God’s global redemptive plan, and making it all about “saving” me. When Paul wrote about “salvation,” he was talking about reconciling humanity with the God of Israel, not saving my one little soul so I could go to Heaven and live with Jesus when I die. Paul was “preaching” the New Covenant promises and their blessings to the Gentiles, who needed to do considerable catch-up work not having the benefit of even a basic Jewish education.

I think that’s what he’s saying in the above-quoted block of scripture. He’s writing to Gentiles. They/we who were once far off (Ephesians 2:13) and who had/have been brought near to the promises of God through the faithfulness of Messiah.

There’s no denying that without Messiah, the Gentiles are totally cut off from the God of Israel. The Jews were already near based on being born into the Sinai covenant. Yes, even they could be cut off (Romans 11:20) due to unbelief, but since they are natural branches, think of how much more easily can they be reattached to the root.

My friend said that those who deny Messiah, Jew and Gentile alike, are cut off from God. This at least suggests if not outright demands that God’s presence be manifest only with those Jews and Gentiles who have become disciples of Yeshua and He is apart from everyone else.

I don’t believe that. For the Jews, I believe there’s close and closer. No, it’s not like there is no benefit for Jewish faith in Messiah. I outlined how unbelieving Jews can still be close to God and how believing Jews have a great benefit in being disciples of the Master in my review of D. Thomas Lancaster’s sermon The Holy Epistle to the Hebrews: Faith Toward God. Mark D. Nanos characterizes the text of Romans 11:25 as unbelieving Jews being temporarily “callused” against Messiah. But the text continues:

For I do not want you, brethren, to be uninformed of this mystery—so that you will not be wise in your own estimation—that a partial hardening has happened to Israel until the fullness of the Gentiles has come in; and so all Israel will be saved; just as it is written,

“The Deliverer will come from Zion,
He will remove ungodliness from Jacob.”
“This is My covenant with them,
When I take away their sins.”

Paul, in part, is referring to this irrevocable promise of God to Israel:

They will not teach again, each man his neighbor and each man his brother, saying, ‘Know the Lord,’ for they will all know Me, from the least of them to the greatest of them,” declares the Lord, “for I will forgive their iniquity, and their sin I will remember no more.”

So how do I understand my friend’s statement that all people, Jews and Gentiles, are alienated from God if they do not have faith in Messiah? Am I to believe that God abandoned the Jewish people at the cross?

I can believe, based on God’s faithful promises to His people Israel, that although many Jews temporarily do not see Yeshua for who he truly is as Messiah, one day everything will be revealed, and then they will all receive the promise of forgiveness of sins and thus “all of Israel will be saved.”

I have no problem believing that all means ALL! In fact, I’m counting on it.

However, God made no such promise to the Gentile nations of the world. We don’t directly benefit from those promises, though as Paul tells us, we do benefit from their blessings through faithfulness. In His mercy, God allows not just Israel, but also the Gentiles to receive the blessings of the resurrection, the indwelling of the Spirit of God, and the promise of life in the Messianic Age and beyond as members of the Master’s ekklesia and vassal subjects of the King.

But in my struggle to reframe the traditional Christian narrative into one that takes into greater account the first century Jewish context of Paul’s letters as they relate back to the promises God, I’ve gotten “stuck” with my panoramic view of the Messiah’s role in Biblical and human history.

My fight has always been to communicate this Judaic view of ALL scripture, including the Apostolic Writings, as Jewish and centered on national redemption of Israel, and then through Israel, the nations.

Admittedly, I’m having a tough time changing my focus and allowing myself the “conceit” of realizing that there is (or could be) a personal relationship between me and the Master. Frankly, I don’t see why that shouldn’t intimidate the living daylights out of anyone, especially me. How can the King of the future Messianic Era also be, as many Christians might say, my “best friend?”

The presence of Mashiach is revealed on Acharon Shel Pesach, and this revelation has relevance to all Israel: Pesach is medaleg,1 “skipping over” (rather than orderly progress), and leil shimurim,2 the “protected night.” In general the mood of Pesach is one of liberty. Then Pesach ends, and we find ourselves tumbling headlong into the outside world. This is where Mashiach’s revealed presence comes into play – imbuing us with a powerful resoluteness that enables us to maintain ourselves in the world.

I too find myself “tumbling headlong” into unprotected territory. It’s become very easy for me to relate to Yeshua as a lowly subject relates to a King. But how can (or should) this “Messianic Gentile” gain an apprehension of a one-on-one relationship with my Master Yeshua?

1. Shir HaShirim 2:8. Midrash Raba on that verse describes the Exodus as medaleg, “skipping over” calculations and rationales for redemption, bringing Israel out of exile regardless of their merit, regardless of the length of the exile. Later in that section the Midrash applies the verse to Mashiach.

39 thoughts on “After the Meal of the Messiah has Ended”