Forgive the somewhat whimsical title for today’s “morning meditation” along with the equally whimsical “featured image.”

When I read the above quoted Psalm on Shabbat, I was reminded that God has a redemptive plan, not just for Israel, the Jewish people, but for all the people of all the nations of the earth, that is, the Gentiles.

I suspect God has had this plan since before the creation of the universe, but we definitely know He had it when this Psalm was written, long before the birth of Yeshua (Jesus).

I strongly advocate Jewish return to the Torah mitzvot, whether they are Jews in the Messianic movement or otherwise. I strongly advocate for Jewish places of congregation and worship in Messianic Judaism, synagogues and communities by and for Jewish disciples of Messiah. I strongly believe in and advocate for the idea that without God’s plan of redemption for Israel, there can be no hope of redemption for the goyim.

All that said, there are times when I feel all of that Judaism weighing heavily upon me. In advocating for the Jewish right to cleave to their Messiah King and to have possession of their own Land and their own Torah, I don’t want to lose sight of the fact that God also recognizes and loves the rest of humanity, a non-Jewish humanity.

Granted, there’s nothing in that Psalm that directly says “God so loved the world” (John 3:16), but it does say that the (Gentile) regimes will “be glad and sing for joy” because God will judge among us fairly. We will all acknowledge the God of Israel and the “earth will then have yielded its produce.”

The harvest is great, but the workers are few.

Then those also who have fallen asleep in Christ have perished. If we have hoped in Christ in this life only, we are of all men most to be pitied. But now Christ has been raised from the dead, the first fruits of those who are asleep.

“Produce.” “Harvest.” “First fruits.” It seems that it is not only the Jews who are counted among the harvest, but the rest of us as well, all of us who trust in the promises of God as demonstrated by Messiah.

A person who comes to Torah on his own volition does so because of the beautiful and elevated ideas he hears about Torah principles. He made his decision on the assumption that those who follow the Torah will act towards him in accordance with all the Torah laws pertaining to interpersonal relations. If someone cheats him financially or in any other way wrongs him, he will not only suffer a monetary loss. Rather, he might also feel disillusioned with his decision to accept Torah as a way of life.

While Rabbi Pliskin is discussing converts to Judaism in this above-quoted statement, and while I don’t believe we “Messianic Gentiles” are called to Torah obligation in the manner of the Jewish people, I don’t think it’s entirely inappropriate or inaccurate to say that, in a way, we also come to the Torah, as it applies to us, “because of the beautiful and elevated ideas” expressed in the “Torah principles.”

I don’t feel put upon or mistreated by any Messianic Jews as such, but I do need to remind myself periodically that we non-Jews also have a role to play. More than that, I need to provide some much-needed perspective to who we non-Jews are in Messiah.

While I recently wrote that the identity of the Messianic Gentile, both in ancient and modern times, may be ill-defined by design, I’ve also offered my opinion on what I think we’re here for. 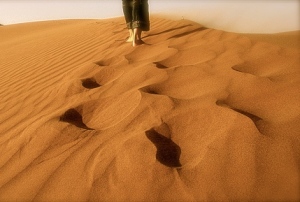 But in addition, I believe that even one non-Jewish disciple of Yeshua could be stuck on a deserted island with nothing but his or her Bible, yes, adequate food, water, and shelter, but no other human companionship, Jewish or otherwise, and still have a relationship with a loving and caring God because of the faithfulness of Messiah. I think there are times when Messianic Jews should advocate for Gentile devotion to God and express the clear knowledge that God does cherish even the goyim. I believe the door should swing both ways within the ekklesia of Moshiach.

It is easy to focus on the differences among people and to consider yourself as separate from others. Truly no two people are exactly alike. But there are many common factors among people. By focusing on the fact that every human being is created in the image of the Almighty you will have greater identification with others and this will lead to greater unity.

I suppose when Rabbi Pliskin wrote “differences among people,” he could and probably did mean “differences among Jews,” but in saying that “every human being is created in the image of the Almighty,” he opened the door to all of humanity, Jews and Gentiles alike.

While I have advocated for a strong recognition of the covenant distinctions between Messianic Jews and Gentiles, we also must counterbalance that knowledge with our unity in Messiah’s ekklesia. We may be in many ways separated from each other by those covenant distinctions, but while we are not a homogenous population, there aren’t two Messianic ekklesias, there is one, just as God is One and yet has many diverse names and many distinctive qualities.

Each blog post advocates for its named subject, Gentiles in one and Jews in the other.

In both Jewish and non-Jewish zeal to promote and elevate the Jewishness of Messianic Judaism, I’m glad to see some noteworthy Messianic Jewish writers and teachers specifically addressing both sides of the coin.

I think one of the reasons Gentile believers exited Jewish community nearly twenty centuries ago and why there are some Hebrew Roots promoters in the modern age who not only advocate but demand equal obligation to Torah as some sort of right, is as an attempt to create a significant and meaningful Gentile identity in the body of Yeshua-believers.

In the end, the first and second century believing Gentiles may not have been able to find that identity in Jewish community, so they made the worst possible decision and not only separated from the Jews, but “demonized” everything Jewish, reimaging the Jewish Messiah as the Gentile Christ, and warping everything ever taught by Yeshua and the Apostles, specifically Paul’s teachings. 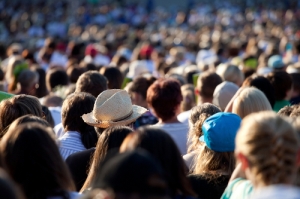 I believe that many so-called “One Law” advocates cling to their views because the dissonance of differing and distinct roles and identities of Jews and Gentiles in the Messianic ekklesia is too difficult to bear. This probably also explains why a number of we Messianic Gentiles have mistakenly converted to some form of Judaism, Messianic and otherwise, in an attempt to find meaning and purpose in the service of God among Jewish community.

However, as a non-Jew and a devotee of the Jewish Messiah King, I do have meaning and purpose in the redemptive plan of God for our world. Yes, it’s first to the Jew and only afterward, to the Gentile, but it is to the Gentile at a specific point in that plan.

The plan has already entered our world and it has been slowly unfolding for the past two-thousand years. That plan has included an untold number of Gentiles and as important as Jewish Torah observance and devotion to Moshiach is, the plan will never be complete without the rest of us.

I just needed to remind you and especially me by saying all this. Thanks for reading.