On Facebook, I found a link to a YouTube video titled Can a Noahide/Non-Jew Keep Shabbos? and naturally I was intrigued. I should say that I have a pretty good idea how an Orthodox Rabbi would answer that question, but I watched the video anyway.

Afterward, I looked up the source, EmunahChannel.com, and discovered that the Rabbi answering the question on the video is Rav Dror Moshe Cassouto. According to the site’s About page:

Rav Dror Moshe Cassouto brings to us rare honest pure Emuna principals of Rabbi Nachman. Our hope is that our Torah Videos will bring you closer to the Bore Olam (Creator of the Universe) and to serve Him with joy, faith, and trust (Simcha, Emunah and Bitachon).

Learn the real meaning of life, the real purpose in life available to you today! Find Fulfillment, Acceptance, Purpose for your life. Discover the good points in yourself and others, and Finding how to serve God with every aspect of your being: Your mind, Your talents, Your emotions.

There’s more, but you can click the link I provided above and read all of the content for yourself.

Recently, I wrote a blog post called Not a Noahide, in which I was reminded in the comments section, I probably should have called “More than a Noahide.” I also wrote a companion piece titled Talmidei Yeshua which addresses what we Judaicly-aware Gentiles in Yeshua (Jesus) should call ourselves and what that’s supposed to mean (an ongoing process of self-definition).

They both were inspired by a source that attempts to draw parallels between Noahides and we non-Jewish “Talmidei Yeshua,” or a population that’s more commonly known as Messianic Gentiles.

I mentioned the “ongoing process of self-definition” above, but this is also a process of trying to understand the role of the non-Jew in Jewish religious and communal space. A Noahide’s role is well-defined by the various branches of Judaism, but not so the role of the “Talmidei Yeshua” in Messianic Jewish space.

But, unless you’ve already looked at the nearly seven minute video of Rav Cassouto’s response to the question at hand, you probably want to know what he said. Here are my rough notes, which I typed into notepad as I was listening to the Rav speak.

Halachically no. Must violate some portion of shabbat.

Any Gentile who does observe Shabbos must be punished horribly.

Not that they don’t want us to keep shabbos, but it was a gift to Israel from Hashem.

The purpose of our life is to be humble and me must be humble that we are not Am Yisrael. A Gentile can believe in the One God, but may still not believe that God chose the people of Israel as the chosen nation and they have certain priorities and privleges that other nations don’t have.

We can enjoy shabbos but need to violate Shabbos in a minor way like turning on a light. Not allowed to receive the Shabbos like Am Yisrael. The purpose is to be humble.

Be humble and crown Hashem and to serve Him. Gentiles level of doing this is less than Am Yisrael. If you convert, your level is elevated to Am Yisrael.

These are rough notes, so they may seem a tad disjointed. The bottom line is that halachically, Gentiles are not to observe the Shabbat in the manner of Am Yisrael because we are not Am Yisrael. We cannot claim to have fulfilled the mitzvah of Shabbat observance in the manner of the Jews.

However, if we not only acknowledge the existence of the One God but also that He is the God who chose Am Yisrael to be elevated above the nations, then we can appreciate the Shabbat in a similar manner to Am Yisrael, as long as we violate the Shabbat in some sense, such as turning on and off a light switch. Seems simple enough as far as it goes.

To truly be able to observe Shabbos and fulfill the mitzvah, a Gentile must convert to Am Yisarel. The Rav also said that Hashem loves the convert even more than the born Jew, which is interesting.

But I don’t believe Gentile Talmidei Yeshua are only Noahides by another name. I believe we are more. If I didn’t, then I’d have to admit that faith and trust in Yeshua is meaningless. If that were true, why did the Apostle Paul (Rav Shaul) approach the Gentile God-Fearers in the synagogues of his day and reveal to them the good news of Rav Yeshua? They were already God-fearers. What would have been the point?

The matter of halachah and Shabbos observance by the Gentile Talmidei Yeshua has been a hotly debated topic in the Messianic blogosphere and many other venues over the years. I’ve commented on this many times, including in Messianic Jewish Shabbat Observance and the Gentile.

I doubt we can draw a direct parallel between Rav Cassouto’s commentary and the various opinions on the same topic in the Messianic realm. It’s difficult to reconcile this with what we read in Isaiah 56, although I’ve certainly tried.

For a variety of reasons I’ve written about at length previously, I don’t particularly keep a Shabbat of any sort. I certainly don’t want to attempt anything that would approach the level of observance of my Jewish spouse, and her’s isn’t what you’d call “Orthodox” (and I’ve been chided by her in the past for trying).

As I write this, she’s preparing to go to shul for Shabbos services, which pleases me.

I suspect that in Messianic Days, the people of the nations will likely keep some sort of Shabbos, but how that will compare to Jewish observance, I cannot say. In spite of the opinions of many and what they teach, I think the specific details aren’t definitively available.

That said, I suspect that, just as the Acts 15 Jerusalem letter to the ancient Gentile “Talmidei Yeshua” defined a less stringent level of observance than that incumbant upon Am Yisrael, our Shabbat observance, even in the Kingdom of Heaven, will still not be quite the same as that of the Jews.

So perhaps in the present age, we have a bit of latitude as to how we choose to honor Hashem on Shabbos. I know when I say that, I drive certain people nuts. Especially in religious terms, we like to have our lives well-ordered and highly specified. We want the rules and then we want to either obey those rules as Holy edicts from Heaven, or to adapt those rules and then say to ourselves that our adaptation is the Holy edict from Heaven (as opposed to the “man-made rules” of the Rabbis, who we are nonetheless sourcing).

We are more than Noahides, but what we are remains indistinct, at least as an overarching set of standards for we “Talmidei Yeshua.” According to the Nanos and Zetterholm volume Paul Within Judaism, there may not have been a definitive set of standards and roles, even for our ancient counterparts.

That’s also something that drives people nuts, but we can’t reasonably fill in the gaps in our knowledge with our imagination (although a great deal of theology and doctrine in certain circles does this to one degree or another).

All I’m doing here is attempting an honest (however brief) examination of the topic from the perspective of an “average guy”. Face it. I’m no scholar, leader, teacher, or pundit. I’m just a person trying to figure it all out who happens to write about that journey. 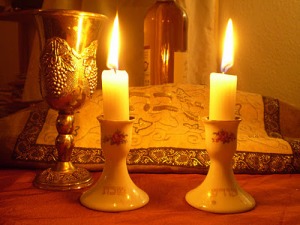 What does that mean to you as the non-Jewish disciple of Rav Yeshua (Jesus Christ)? Right now, it can mean whatever you want it to mean in terms of your own conscience and your understanding of the message of the Bible.

The Bible is highly biased toward Israel and the Jewish people, so we only have certain portions that directly speak to the nations. Interpreting those correctly, particularly within a Jewish document defining a Jewish context and covenant relationship with Hashem, is no small task.

Neither is our individual relationship with God. We progress one step at a time with the understanding that our movement is not at all linear. We learn by doing.

Learn to do good. Seek justice. Aid the oppressed. Uphold the rights of the orphan. Defend the cause of the widow.