Elul, the last month of the Jewish year, is a time to review the past and look at where you’ve come in life. It’s a preparation for the upcoming “Days of Awe”—Rosh Hashanah and Yom Kippur—when we resolve to do better this year than last.

The theme of Elul is return to your essential self—a.k.a. teshuvah—helped along by prayer and charity. “The King is in the field,” they say, meaning that the G‑dly spark within you is much more accessible, as long as you search for it.

-from “The Month of Elul”
Chabad.org

The month of Elul on the Jewish calendar begins this coming Sunday, September 4th. As the quote above testifies, it’s a month of preparation and personal reflection as the High Holy Days rapidly approach.

Two years ago, I wrote a rather lengthy blog post regarding the impact of Elul on both Judaism and (potentially) Christianity. Since then, things have changed a great deal.

I suppose if Christians have a “month of preparation” it occurs in the spring at the approach of Easter.

But I’ve always appreciated the formality of Judaism in endeavors of self-examination, prayer, repentance, forgiveness, and redemption.

I suppose Catholicism has its rituals and ceremonies as well, but I’ve never found them particularly Biblical or attractive (though I know some will disagree with me on this).

As non-Jews, whether we call ourselves disciples of Yeshua or Christians, we don’t really have a lot of access to the Days of Awe unless we make that access for ourselves. That requires more from us as individuals, a greater personal dedication to approaching the Throne of God, abasing ourselves, praying for the strength to turn around, to turn back toward Him.

We don’t have a community (most of us, anyway) that embraces a specific praxis focusing on the path of returning to God or trying to find Him in the first place.

A few days ago, I wrote a fictional short story about a man struggling between discovering God and hiding from life. Ultimately, it’s God who finds him, and in a rather unusual venue, certainly not in a church. 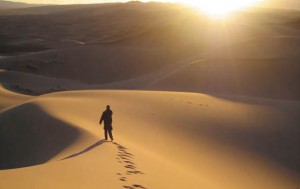 I think that’s where many of us are much of the time. If we really make the effort to connect to God what will it say about who we are? Will we even like what we discover?

In observant Judaism, every day during the month of Elul, except for Shabbat, the shofar is sounded after morning services as a sort of “wake up call” to prepare for Rosh Hashanah or the New Year. Usually when writing a message such as an email or blog post, Jews will finish with the phrase “May you be inscribed and sealed for a good year.”.

Psalm 27 is added to the morning and afternoon daily prayers.

There are other customs and the link I provided above to Chabad will render that information if you’re interested.

For a Jew, a relationship with God is personal, but it’s most often expressed in community. Christianity has community as well, but technically, it is represented by many people, by the nations, whereas Jews are a single people, a specific nation called out by God.

The Jewish religious calendar maps out the practice of a Jew and I suppose, depending on your denomination, your church has its own traditions and rituals as well. I’ve never found Christian traditions satisfying, though.

We don’t have the shofar blowing and it would probably seem strange to our friends and family if we started ending our missives to them with “May you be inscribed and sealed for a good year.”.

If any of us choose to follow the prayers, we can acquire the siddur of our choice through any online Judaica store. There are probably some Messianic siddurim available. I imagine a Google search would yield appropriate results.

Thus we could follow the tradition of adding Psalm 27 to our personal prayer time. Just be mindful of context. After all, we are not Jews and we are not Israel.

According to the Chabad, selichot are prayers asking God for forgiveness. Christians believe that once forgiven, always forgiven, so this isn’t always a common practice in many churches.

My wife, who is Jewish, says that rather than being depressing because of the emphasis on sins and judgment, the High Holidays are exhilarating. God is offering to hit the “reset button,” so to speak, to lay out a brand new, squeaky clean year for His people Israel. Jews have a unique opportunity annually, to live the next year better than they did the last.

But according to the Bible, forgiveness and redemption are available for the non-Jew as well, and from a Christian perspective, it’s our devotion to Yeshua (Jesus) that allows us to access those blessings. However for people like me, who are non-traditional and Hebraically oriented in our theology, if we choose to use the month of Elul in a manner similar to the Jews, we have to create the context and practices for ourselves.

We may not belong to Jewish community, but as private individuals, we could choose to adopt some of what the Jews do during Elul anyway, though more spiritually rather than too closely mimicking Jewish praxis.

In the past, I’ve written about community for the “Messianic Gentile,” but my experiences over the past few years have taught me it’s not really available for the vast majority of us either physically or emotionally. Sure, we can create our own groups, but anyone who’s tried to run a small congregation or even a regular home Bible fellowship can tell you how difficult it is to maintain over the long haul.

Besides, trying to figure out how to have a “Hebraic” praxis for non-Jews while avoiding treading too heavily on Jewish identity and particularity isn’t easy. I’ve fought in those wars in the past and have concluded for personal reasons that since I’m not Jewish, I shouldn’t walk that path. It’s too much like stealing another person’s clothes and then wearing them as your own.

And trying to do any of this in a traditional Christian setting in most cases won’t be practical, since the “Hebraic” praxis will be alien in that context. In fact, it might be received by Christian peers adversarially. 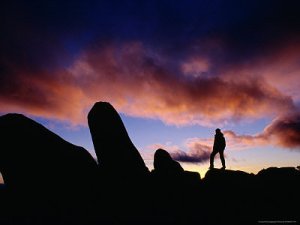 So more and more, this is a blogspot about the individual non-Jew who is neither fish nor fowl, who doesn’t fit in either world, and yet can’t adjust his or her perspectives on the Bible to “get along” with a more traditional congregation, whether Christian or Jewish.

From that perspective, while the month of Elul and all that it holds is communal for the religious Jews, for the rest of us, well, those few who are like us, it remains individual, at least until the Messiah returns.

105 thoughts on “The Month of Elul and the Gentile Christian”