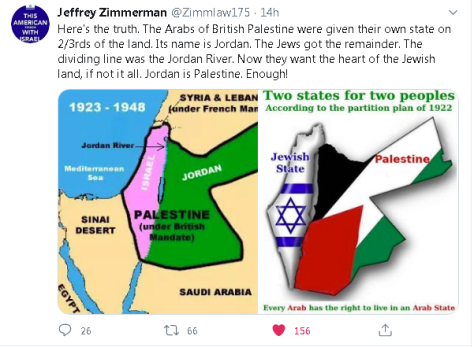 This is a topic that’s been burning a hole in me for a long time. Now, because the whole Black Lives Matter antisemitism is taking off (no one dares question their bigotry for fear of being called “racist” … go figure), hate of Jewish people and Israel has resurfaced with a vengeance. I’ve wanted to do a detailed study of exactly why the allegations against the Jewish people and Israel are false, but a number of different factors have gotten in the way. I saw the image above on twitter. It’s a beginning.

14 thoughts on “Israel is NOT an Apartheid State or an “Occupier” : A Beginning”