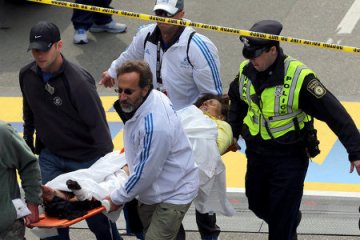 A third explosion was heard just before 4 p.m., about an hour after the first two blasts, at the nearby John F. Kennedy Library. The police later said that episode may have been unrelated.

What can I say that hasn’t already been said except to encourage everyone reading this to pray for the victims of the blasts and their loved ones. May God grant mercy and consoling to them and to everyone touched by this horrible tragedy.

My heart grieves with the victims.