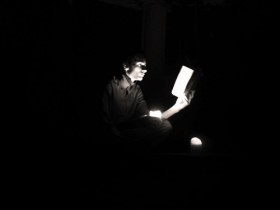 In the two decades following the Bar Kochba revolt, three major personalities came to represent three different types of second-century Christianity. A philosopher named Justin Martyr championed the dominant, orthodox Christianity that would soon become the normative expression of Christian faith. A bishop named Marcion of Sinope brought anti-Jewish, Gnostic Christianity from obscurity to the mainstream where it became a serious threat to true faith. The bishop Polycarp of Smyrna continued to defend and represent the old-fashioned, Jewish, apostolic Christianity he had inherited from the disciple John. As a short epilogue to our studies, the Chronicles of the Apostles concludes with a brief look at each.

This is the last reading in my year-long study of the “Chronicles of the Apostles.” It began with Acts 1:1 and proceeded through an adventure of learning and re-learning about the life of Paul and well beyond, as recorded in scripture, historical texts, and even myth. My Torah Club readings have been a fixture of my Shabbat studies and I will miss them. It seems fitting as one Torah cycle closes and another opens, that I offer a brief review and commentary of the last Chronicle of the Apostles of D. Thomas Lancaster.

For the Law that came from Mount Horeb is now old, and it belongs to yourselves alone, but [the Law of the New Covenant] is for everyone. Law against law has abrogated the one that came before it, and a covenant which comes later cancels the previous one. (Justin Martyr, Dialogue with Trypho 11)

Justin Martyr doesn’t sound all that different from modern Protestants, at least in some churches. Martyr was a lot closer to the original writings of the New Testament but even he seems to have forgotten something. Perhaps he didn’t have access to Paul’s letter to the churches in Galatia, written a mere century before:

What I am saying is this: the Law, which came four hundred and thirty years later, does not invalidate a covenant previously ratified by God, so as to nullify the promise.

To extend Paul’s words, can we say that the New Covenant, which isn’t even fully enacted as yet, invalidates “a covenant previously ratified by God?” Justin Martyr seems to think so. So do a lot of Christians today.

In Justin Martyr’s dialogue with Trypho, they even addressed a topic on which I often write:

Trypho pressed the question further. He asked, “Are there some Christians who believe that Jewish believers will not be saved if they keep the Torah?”

Justin replied, “There are such people, Trypho. And these [Christians] refuse to have any dialogue with or to extend any hospitality to such persons, but I do not agree with them.” In other words, Justin Martyr admitted that his own opinion on the question of whether or not a Torah-observant Jewish believer could be saved represented the more liberal, broad-minded view. Other Christians in his day refused to have any interaction whatsoever with Jewish believers who still observed the Torah. Justin’s final statement on Jewish believers who still observed the Torah refers to them as “weak-minded” but probably not damned…

Things haven’t changed very much in the past almost twenty centuries. Justin Martyr’s thoughts and opinions still seem well represented in the church today. But we can hardly say that he was completely anti-Judaic, at least not compared to Marcion the Heretic:

Marcion taught a radical dichotomy between the Jewish Scriptures and the gospels. Like other Gnostics, he believed that the Old Testament God of the Jews was a corrupt and inferior being who had marred His creation with His own imperfections. The physical matter, which He created, possessed intrinsically evil qualities. Marcion taught that the Jewish God’s own scriptures revealed His complete ignorance and incompetence.

I suppose today, we’d call Marcion a “nut” or a “cult leader” for espousing such “fringy” beliefs, but as we know, nuts and cult leaders are able to gather followings, sometimes really large ones.

Lancaster records how Marcion created his own version of the apostolic scriptures, leaning heavily on only one gospel and ten of Paul’s epistles. He even edited out any references to anything from the Old Testament, thus building his theological house on shifting and unstable sand.

Marcion’s New Testament collection spread quickly, and Marcionite churches began to flourish. Marcion’s form of Christianity was easier to understand and naturally appealed to people. It removed the inherent contradictions between Christian theology and Judaism that conventional Christians like Ignatius and Justin Martyr attempted to retain and gloss over. It seemed more logical. Marcionite Christianity assessed Judaism as the religion of legalism, laws, and concerns with the corrupt world of physical matter. According to Marcion, Judaism stood in antithesis to Christianity’s teachings about grace, love for one’s neighbor, and spiritual salvation. Marcionite Christianity instantly appealed to Gentile Christians who felt uncomfortable with their relationship with Judaism and the hated Jews who had persecuted Christ and Christians.

Although the “nuts and bolts” of Marcion’s theology may no longer be with us, the “echo” of it seems to be thoroughly woven into the fabric of Christianity (if you’ll forgive the mixed metaphor), at least in terms of the dichotomy many Christians believe exists between the Torah of Moses and the Grace of Christ, as if these are two mutually exclusive concepts, wholly divorced from one another. Many Christians give intellectual assent to the idea of our faith having Jewish origins, but in the same breath, they will say that there is no valid Jewish context for Christianity. The legacy of the heretic Marcion in the twenty-first century Church.

All this while, Polycarp, the bishop of Smyrna and the last living disciple of the last living disciple of the Master, continued steadfast in the ways of the apostles. Like his teacher John, Polycarp lived to an advanced age. The Christians in Smyrna considered him to be a prophet. They said, “For every word that went out of his mouth either has been or shall yet be accomplished.”

Of any of the three people presented in Lancaster’s last chronicle, this is the one I’d like to meet. If any of these three individuals had a clue as to the true intent of Messiah in how we all should live and relate to each other and to God, it was Polycarp of Smyrna.

In 154 CE, the new bishop of Rome, a man named Anicetus, attempted to force the Christians of Asia Minor to abandon their observance of Passover. Roman Christians commemorated the Master’s death by fasting from the Friday that falls during the seven days of Passover until midnight on the subsequent Saturday. They broke the fast by taking the Eucharist together in celebration of the Master’s resurrection.

Anicetus tried to force Christians everywhere to adopt the Roman custom. The Christians who refused to adopt the Roman custom were called “fourteeners” (quartodecimans) because they insisted on keeping Passover on the fourteenth of Nisan. They kept the Passover “on the fourteenth day of the month at evening” (Exodus 12:18), more precisely speaking, at the beginning of the fifteenth day.

Polycarp’s followers seem to have adhered to more of the “Jewish” practices, but we have no clear picture of exactly how this was accomplished in a wider range of behaviors. If we understood more about Polycarp and his stream of Christianity, we might get a better idea of the nature of the relationship of Gentile and Jewish believers, especially in terms of identity and religious practice.

Here ends the Chronicles of the Apostles — men of whom the world was not worthy. I have collected these things after they had almost faded away due to the passage of time. So too, may our Master Yeshua the Messiah gather me along with His chosen ones into His kingdom. 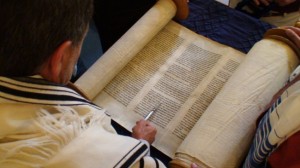 The last paragraph of the last page of the last teaching of the last Torah Club volume. As you read this, it is Shemini Atzeret and tomorrow is Simchat Torah. We read the final words at the end of Deuteronomy soon and immediately begin again with the reading of the first words in Genesis. My Pastor says this is a reminder that we are never done with reading the Bible. I see it as part of the lifecycle of people of faith, even as we mark the cycles of our lives each year in birthday celebrations.

But although the Torah is timeless, not so the years of man. I’m not quite the same person I was a year ago when I began this study. I’d like to think I’ve gained a bit in my studies but as with aging, there are a few things I’ve lost as well. It’s nearly time to pack up the sukkah for another year. In synagogues all over the world, it will soon be time to re-roll the Torah scrolls for another year. Many things are endless and many more are not. The future is shrouded in fog and mystery. What will the coming year bring? What will begin once again…and what will end?