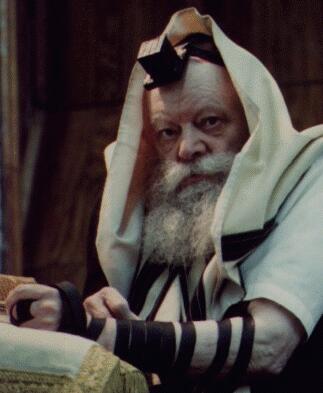 Surprisingly, when this question reached Rav Yosef Shalom Eliyashiv, shlit”a, he ruled leniently. “Although the Mishnah Berurah rules that one may not eat food which was in one of the seven liquids without washing, I am lenient in this matter. Although it is certainly a good custom to follow the Magen Avraham in this regard, it is not an obligation. ‬But one who wishes to wash should not interrupt between washing and eating.

On today’s amud we find that sometimes being unnecessarily strict
stems from pride.

Rav Meir Chadash brought a story to illustrate how bad middos can cause an otherwise wonderful person to act inappropriately. “A certain woman was very careful to give generously to tzedakah, even going to much trouble so that yeshiva students should eat at her house at no charge. One time a certain student used a bit more water than necessary to wash his hands. The woman began to scream, ‘Kloiznikim! Good-for-nothings! These people are not careful to save water!’

He concluded, “This is a classic case of petty miserliness. The underlying attitude is, ‘If I give, that is fine. But if someone takes even a little without my say-so, I am willing to heap insult and shame on his head!’”

But when this question reached Rav Nissim Karelitz, shlit”a, he ruled that no correction was necessary. “Although it is true that some sources hold this chumrah—the Yafe L’Lev is another achron who is stringent—the Chazon Ish clearly disagrees. He writes that one can certainly wait for his hands to dry since the main reasons we must dry our hands before eating is either because of the defiled water which is still on one’s hands or because it is disgusting to eat with wet hands…”

These Rabbinic rulings may seem strange, arcane, and even bizarre to most Christians. We aren’t often taught to be particularly concerned by whether or not we should wash our hands as a condition of dunking a donut in a cup of coffee, if we should use only a certain amount of water in hand washing, and whether to use a towel or forced air to dry our hands after washing as religious obligations, but they can be serious concerns for the observant Jew.

Remember in Part 1 of this “mediation,” I was talking about “practicing faith.” I said that we practice faith by doing and certainly in the examples I’ve just presented, we see Jewish people who are greatly concerned with exactly how they practice, even the smallest details of their faith in daily living.

I’m not suggesting that we Christians go down that particular path. Remember, in Part 1, I quoted from a commentary on the Ethics of Our Fathers that defined a Jew as someone who was more than the sum of his practices and stated that even if a Jew were to completely ignore all of the Torah, they would always be a Jew before man and God.

That doesn’t seem to describe the Christian, since it’s our faith and how we live it out that defines us.

However, I offer these quotes for another reason besides just as examples of “practicing Judaism.” There’s a sort of fallacy in Christian thinking that says Jewish religious practice is inflexible and practically dictatorial. The concept of “being under the Law” is a statement uttered by Christians almost always in a tone of horror. Even those Christians (and some “Jewish Christians”) who say they love Israel and feel called to the Torah, have significant problems with what is referred to as “Rabbinic Judaism.”

And yet we see that there is a great deal of flexibility in how Rabbinic rulings are issued and in how Judaism is practiced. We even see that excessive rigidity is considered sinful rather than pious, and an indication of an individual’s personal pride rather than a sincere desire to serve God.

Ironically, the sort of rigidity and judgmentalism that has been attributeed to Rabbinic Judaism actually describes some non-Jews in certain corners of the Hebrew Roots/Messianic Jewish movement (I use those terms somewhat loosely, since under that umbrella is contained a broad spectrum of beliefs and practices, and not all of them healthy). I’ve personally heard non-Jews in particular areas of this movement (not those with whom I was closely associated) argue almost violently about the proper method of tying tzitzit or what level of kashrut is considered correct. These same folks also dismissed “Rabbinic Judaism” out of hand and proceeded to “possess” the “practice” their own brand of “being Jewish” based on their personal interpretation of scripture or worse, based on some self-declared Gentile “Rabbi’s” revelations from (supposedly) on high. 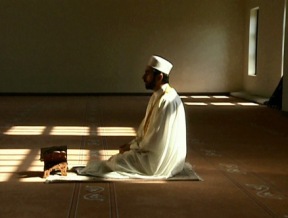 It also isn’t exercising the supreme irony of Gentiles “practicing Judaism” by removing everything Jewish from the practice except some superficial “Jewish-like” activities. You don’t love Jews by hating Judaism.

Rav Aharon Leib Steinman, shlit”a, once discussed the terrible scourge of sin’as chinam in a moving manner. Speaking in a pained tone of voice, he said, “It is sad that when a Jew wants to expand his apartment, his neighbor—even if the construction doesn’t affect his apartment in the slightest—will often find an ‘underground’ way to stop construction. Such a person often won’t even allow his neighbor to put up a sukkah for seven days a year. But why should he care? In many situations the protestors’ apartment is in the north and the construction is in the south. Although there is no earthly reason why such construction should annoy them, they still protest.

Here, we see human nature getting in the way of practicing even general human compassion. When a Jew wants to put up a sukkah, for example, in obedience to the commandments, why should his non-Jewish neighbors care? It doesn’t affect them and they aren’t being made to obey the commandment themselves.

The same goes for those non-Jews who are attracted to certain aspects of Judaism but who do not accept the authority of the Rabbis to be able to define what is Jewish religious practice and lifestyle. If there are observant Jews who do choose to keep Glatt Kosher, for example, or who do wash their hands in the morning, or who say the Shema twice daily…even if you disagree with how those Jews practice their faith, why do you, a non-Jew, care enough to say they are wrong and to devalue who they are? What harm does it do to you? Aren’t you free to practice your faith as you see fit?

But this is exactly the point. If you are too rigid in how you judge the religious practice of others or object to what another person does or doesn’t do in the course of their relationship with God, are you practicing faith or practicing being a prideful human being? 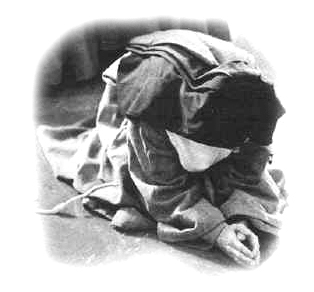 God, through the prophet Micah, didn’t say to judge others, force your religious convictions on everyone you disagree with, and demand that you take over another group’s faith practices because you “know better.”

Walk humbly with your God.

So practice justice, kindness, and humility every day and perhaps then, your small faith will begin to grow.