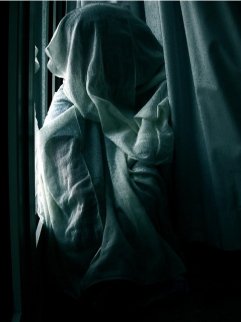 It is well known that we live in a time when there is terrible hester panim -God’s presence is not easily perceived. The Chofetz Chaim, zt”l, uses this concept to explain why we have so many amenities in our times. “God saw that people were very weak spiritually due to the obscuring of God’s presence and could not survive dealing with the hardships of living without conveniences to make life easier. He afforded access to electricity and all of the appliances that use it, and subsequent generations find such things essential to their survival.”

We sometimes find Talmudic statements that don’t seem to apply today. On today’s daf, for example, we find that if a pregnant woman walks on cut fingernails she will miscarry. Yet this seems a bit farfetched to us here in the twenty-first century. When someone asked the Chazon Ish, zt”l, about whether this principle is still in effect, he replied with characteristic clarity. “In our generation, with such great hester panim, I would not be surprised if a woman who is expecting treads on fingernails and nothing happens to her fetus at all.”

The Shelah HaKadosh, zt”l, gives a similar explanation for why we no longer find that people are struck with tzora’as for sins like leshon hara and the like – although the Gemara explicitly states that certain sins cause the ailment. “The matter of tzora’as is only applicable when we had a Beis HaMikdash and God’s providence was clearly seen. After the destruction of the Beis HaMikdash, God’s providence was hidden. During such hester panim, we are no longer sent tzora’as as a clear message from heaven that one must rectify his sins.”

Don’t panic. I have a hard time believing that a pregnant woman would miscarry just because she walked on cut fingernails, too. Nevertheless, this story tells us an important lesson about the nature of the church today.

As you may know if you’ve been reading my “morning meditations” (or any religious blog) lately, there is no more contentious an environment than the religious blogosphere. We may treat each other pretty much politely or with (sometimes feigned) respect when we meet face-to-face in our churches and our synagogues, but once you get us on a web and we have access to a “submit” button on a discussion board or blogger’s comment form, all bets are off. When I wrote Will a Soul Cry Out Against You several days ago (even though I only posted it this morning), I didn’t really have this specific topic in mind. Today, I can’t get the topic out of my head (you’ll see it appear again in tomorrow’s “meditation” on this week’s Torah Portion).

A friend of mine has been communicating something similar recently (no, it’s not the friend some of you may think). The Christian church, our faith and our community, is having “issues”.

Pick up and open any popular book on Christianity and you’ll read about problems. The church has problems. Christianity has problems. We aren’t functioning correctly. In some way, we’re broken; we’re sick. People are leaving churches, youth aren’t keeping their faith into their college years, pastors are suffering from burnout and doors are closing all over the country.

The New Testament church wasn’t this way. It grew exponentially. It rocked its world. It set in motion a movement that now compasses the globe. Why don’t we see that kind of movement in the church down the street?

Why doesn’t our church look like Acts 2, or 1 Corinthians 13, or Philippians 4? Why aren’t converts becoming devoted disciples? Why do people in church seem to complain so much? What’s with the backbiting and shallowness? Where’s the depth? Where’s the passion? Where’s the love?

Good questions. Really good questions. I wish I had the answers but, as you know, questions are my primary message. Sometimes they’re only the breadcrumbs available to guide us along the path. 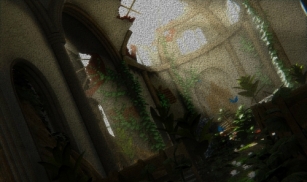 We in the church are a pretty disappointing lot, but maybe we have an excuse. God doesn’t seem to be very present in the world today. His Face seems to be truly hidden and the Messiah’s light is very much concealed under a bowl. But then again, maybe God’s “absence” is caused by the dismal performance of the church and the members of her body, particularly in the areas of graciousness, respect, and compassion. If God treated us the way we treat each other, the Earth would be a slowly cooling cinder in space, devoid of life and light.

The weight of graceless Christianity (I include myself among the crowd) presses heavily upon my shoulders and like a weak and aged Atlas, I can no longer hold it up. When the Divine Presence filled the Tabernacle in the desert for the first time, Moses wasn’t able to enter the tent of meeting because the glory; the weight of God’s Presence was too heavy (Exodus 40:35). I only wish the weight that keeps me from standing, let alone rising, were from the same Source.

But as much as collective Christianity sometimes makes me want to throw in the towel, there are some out there who are also encouraging. That’s what I need, that’s what we need. We need to be encouraging one another all the time (1 Thessalonians 5:11, Hebrews 3:13) and to love one another (John 13:34-35) so that people will know that our faith is not in vain. We need to do this in a world where we cannot easily see the face or feel the weight of God so that we can be reassured that our faith is not in vain.

At times like these, it’s easy to imagine myself as a spacecraft in a decaying orbit, about to burn up in the atmosphere, or a plane that is spinning out of control into a nose dive toward the unyielding ground beneath me. Small wonder that so many people crash, burn, burnout, and leave the faith. Small wonder that the secular world around us seems to have so many more people in it capable of compassion, kindness, and love.

One of the commentaries on this week’s Torah portion reminds me of a very special quality Moses needed in order to do the job God gave him to do.

One of the greatest attributes possessed by Moshe was his humility, as the Torah attests in the portion Beha’alosecha : “Moshe was extremely humble, more so than any other person on the face of the earth.”

Of all the Jewish people, G-d selected Moshe to lead the Jews out of Egypt. Then G-d chose him, and him alone, to receive the Torah, and learned with him for 40 days and nights.

Moreover, in the portion Beha’alosecha the Torah states that Moshe was able to converse with G-d whenever he wished; that he shared his spirit with the 70 elders and lacked not because of it; and that his relationship with the Jewish people was that of a nurse carrying an infant.

How was it possible for an individual who was so great to be so utterly humble. Was Moshe not aware of his stature? Especially so, since knowing one’s true station is a prerequisite to proper service of G-d. For a person must serve G-d according to his rank, and in order to do so one must be aware of both his virtues and his faults.

The Master taught a lesson that could have come right out of Moshe’s play book.

But Jesus called them to him and said, “You know that the rulers of the Gentiles lord it over them, and their great ones exercise authority over them. It shall not be so among you. But whoever would be great among you must be your servant, and whoever would be first among you must be your slave, even as the Son of Man came not to be served but to serve, and to give his life as a ransom for many.” –Matthew 20:25-28 (ESV)

I’m no Moses and certainly neither are any of the other folks who comment in religious blogs such as mine (though the vast majority of them are very fine and worthy servants of God), but humility in leading can also transfer to humility in speaking and humility in writing. It’s a challenge when you’re “semi-anonymous” on the web and you don’t have to look anyone in the eye. So many people out there feel they have a message to transmit that others need to hear. I guess I’m as guilty of that thought and feeling as anyone. But I implore you (as I implore myself) to consider how much you want or even need a “ministry” that puts you in the public eye, even if it’s only on the Internet. Really wise people avoid the spotlight if they can.

After the passing of Rabbi Shmuel of Lubavitch, the elder chassidim gathered and decided to confer the mantle of leadership on his middle son Rabbi Sholom DovBer. A delegation visited Rabbi Sholom DovBer and requested that he assume his father’s place as Rebbe. Rabbi Sholom DovBer heard them out in silence, playing with the chain of his pocket watch, and did not respond in any way.

Soon after they left, Rabbi Dovid Tzvi Chein, an intimate friend of Rabbi Sholom DovBer, entered the room. As soon as the door closed behind him, the new Rebbe burst into tears. “If you are truly a friend of mine,” he wept, “you would tie a rope around my neck, secure it to a heavy stone, and throw me in the river…”

-Rabbi Yanki Tauber
“The Agony of Leadership”
Based on Numbers 11:28
Chabad.org 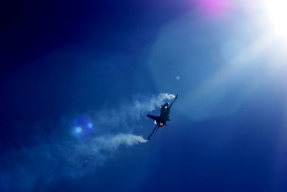 Rashi’s commentary on the above referenced verse from Numbers was, “Annihilate them” – Appoint them to a position of leadership, and they will deteriorate of their own accord… These days, all it takes to erode a person once strong in the faith is to “promote” them to “blogger.”

OK, that’s really cynical and my original motivation in writing this “extra meditation” was to try and be encouraging and uplifting, as much for me as for anyone who is reading this.

These days, my son David and I go to the gym together at about five every weekday morning to work out. This morning, I was on one of the aerobic machines. The last five minutes of a workout, I go into a cooldown mode trying to get my heartrate back down to something more or less reasonable. Often, I’ll close my eyes and imagine that I’m running alone on a path that’s climbing to the crest of a hill. It’s dark, but I can see the light of a new sunrise beckoning ahead of me. The light gets brighter as I near the top. It’s almost as if I can see the breath of God intermingling with my own as we approach each other. I jog toward the crest of the hill but never quite reach it before the timer on my machine gets to zero.

But in the last seconds of my fatal descent from the heavens, I manage to pull back up, avoiding a fiery disaster, and with my wings fully extended and my engines roaring with new life, I begin to climb.

One thought on “Climb!”