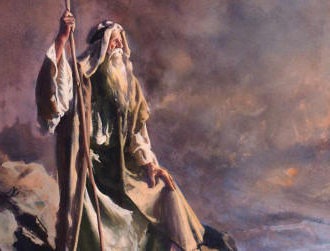 What is the intent of a covenant? (See Likkutei Torah, Devarim 44b.) When two people feel a powerful attraction to each other, but realize that with the passage of time, that attraction could wane, they establish a covenant. The covenant maintains their connection even at times when, on a conscious level, there might be reasons for distance and separation.

-Rabbi Eli Touger
“Standing Before G-d”
from the “In the Garden of Torah” series
Commentary on Torah Portion Nitzavim and Rosh Hashanah
Chabad.org

A biblical covenant is an agreement—generally between God and humanity—recorded in the text of the Bible, the common Holy Scriptures of both the Jewish and Christian religions.

In Part 1 of “The Jesus Covenant, I started exploring my (mis)understanding of the covenant(s) that attach me, as a Christian, to God. To that end, I accessed some textual and video information produced by Derek Lemen, including his Covenants video (it’s very brief and straightforward, so please give it a look).

In the video, Derek outlines the five covenants that are described in the Old Testament or the Tanakh, three of which are in the Torah or the Five Books of Moses.

Of these five, only the Noahide covenant (see Genesis 9) includes all humanity universally as the people of the covenant. It is God’s promise never to destroy the world again by flooding, and the sign of the covenant is the rainbow. For the other four covenants, the people of each of them is specifically the Jewish people (the specific descendants of the Abraham, Isaac, and Jacob). Of those four, according to Derek, only the Abrahamic and New Covenant contain blessings for the non-Jewish people of the world, although the Davidic covenant, which declares that a descendant of David will always sit on the throne of Israel, has certain Messianic applications.

It is through the blessings of the Abrahamic and New Covenant, that we who call ourselves Christians, are able to enter into a covenant relationship with God through the Messiah and Savior, Jesus Christ.

But from here on in, the path gets a little muddy. Traditional Judaism disagrees with the statement I made in the previous paragraph, and believes that only (or primarily) the Noahide covenant applies to the nations. Traditional Christianity believes that the New Covenant is specific to the church, deletes the previous covenants (except for certain aspects of the Abrahamic covenant), and transfers all the relevant covenant promises from the Jews to all of Christianity, creating new, “spiritual Israel”

I’m going to set aside traditional Judaism’s viewpoint here and focus on Christianity, since after all, I’m a Christian. I’m forced to disagree with the teaching we see in many churches that tells us Christianity has superseded Judaism in the covenants. This is a very old and well accepted belief in the church, but as my long time readers know, I strongly oppose any sort of replacement theology and believe that God did not reject the Jewish people when He allowed His blessings to flow through them in order to touch the Gentile.

So where does that lead us? 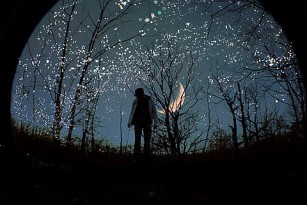 It leads us, and I’m continuing to use Derek as my source here, to the understanding that God chooses to bless the Gentiles through Israel without doing away with Israel or fusing the original Israelites with the later occurring Christians, essentially forming a new corporate entity which I’ve previously called “spiritual Israel.” In fact, the concept of “spiritual” vs. “physical” Israel requires more than a little theological and “exegesic slight of hand” to pull off. Also, there’s nothing I can see in the Old Testament prophesies where God comes right out and says to the Children of Israel that they’ll eventually become obsolete, replaced, or watered down by the inclusion of the rest of the world into their ranks. Isn’t Israel always supposed to be a special, unique, and set apart people before God? (see Jeremiah 31:35-37)

I suppose the next step in my quest is to examine the Abrahamic and New Covenants more in detail to try to find where the blessings are for the nations and how that translates into a covenant relationship with God for “the rest of us.”

I found a pretty good summary of the Abrahamic Covenant at GotQuestions.org and looked at the three main features of this covenant. Only one feature directly provides blessings for the nations (the other two apply exclusively to the descendants of Abraham, Isaac, and Jacob).

The promise of blessing and redemption (Genesis 12:3). God promised to bless Abraham and the families of the earth through him. This promise is amplified in the New Covenant (Jeremiah 31:31–34; cf. Hebrews 8:6–13) and has to do with “Israel’s spiritual blessing and redemption.” Jeremiah 31:34 anticipates the forgiveness of sin. The unconditional and eternal nature of the covenant is seen in that the covenant is reaffirmed to Isaac (Genesis 21:12; 26:3–4). The “I will” promises suggest the unconditional aspect of the covenant. The covenant is further confirmed to Jacob (Genesis 28:14–15). It is noteworthy that God reaffirmed these promises amid the sins of the patriarchs, which fact further emphasizes the unconditional nature of the Abrahamic Covenant.

More specifically, it is the fulfillment of this feature that most concerns Christianity.

The Abrahamic Covenant finds its ultimate fulfillment in connection with the return of Messiah to rescue and bless His people Israel. It is through the nation Israel that God promised in Genesis 12:1–3 to bless the nations of the world. That ultimate blessing will issue in the forgiveness of sins and Messiah’s glorious kingdom reign on earth.

It should be noted that I reject the idea that the Jewish people will need to “convert to Christianity” and abandon Judaism in order to fulfill the prophesy of Israel’s national repentance and forgiveness as we see in Zechariah 12:10-14 and Romans 11:25-27. There’s no logic in a Jew having to stop being a Jew in order to give honor and devotion to the Jewish Messiah King and to worship the God of Israel.

The blessing is for the circumcised (Jews) and the uncircumcised (people of the nations) alike and the way to access the blessing is through faith. Non-Jews do not have to take on the sign of the Abrahamic Covenant (circumcision), since that is not a requirement to access this particular blessing. Abraham had faith prior to circumcision and thus it is our faith as well that binds us to God through this blessing. Faith is the medium that connects both Jew and Christian to our Creator, and it is specifically in faith that all people are equal before God.

Thus the ancient Hebrews (circumcised) and their descendants have access to all of the features of the Abrahamic Covenant, while we non-Jewish Christians (uncircumcised) have access to one of the covenant features, which is specific to the blessings for the nations. I suppose I could say a lot more about this, but it seems clear that we Christians are connected by faith to God through this blessing which is the promise of the Messiah, and that promise is realized in the coming of Jesus Christ.

But GotQuestions.org also says that this feature of the Abrahamic Covenant “is amplified in the New Covenant.” That’s where we’ll pick up this discussion in the next part of the series.

In the meantime, feel free to comment, ask questions, and add details to the elementary understanding I’ve presented here. As I keep telling people, I’m not a theologian, Pastor, teacher, expert, or anything else lofty. I’m just a guy; an average Christian (sort of) who is trying to get a better handle on my faith. I don’t think that you have to be an expert or a scholar with a ton of degrees to understand what we believe as Christians and why we believe it. I invite everyone like me, and everyone else, to join me for Part 3 of “The Jesus Covenant.”