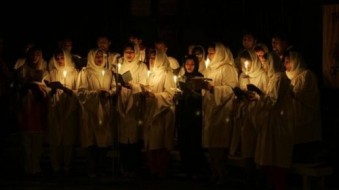 Both the Jews and gentiles recognized that the Jews denied the gods of the nations and claimed that their God alone was the true God, the Lord of the universe, but for both Jews and gentiles the boundary line between Judaism and polytheism was determined more by Jewish observances than by Jewish theology. Josephus defines an apostate as a Jew who “hates the customs of the Jews” or “does not abide by the ancestral customs.” He defines a convert to Judaism as a gentile who, through circumcision, “adopts the ancestral customs of the Jews.”

-Shaye J. D. Cohen
Chapter 3: The Jewish “Religion”, Practices and Beliefs
From the Maccabees to the Mishnah, 2nd ed.

Many years later, as recorded in Acts 21, the apostles reaffirmed that the Jewish believers in Jerusalem were all “zealous for the Law.” To clarify the key difference between Jewish and Gentile believers, they continued: “But as for the Gentiles who have believed, we have sent a letter with our judgment that they should abstain from what has been sacrificed to idols, and from blood, and from what has been strangled, and from sexual immorality” (Acts 21:25).

Based on this ruling and on the revelation Christ gave to him personally, the apostle Paul staunchly fought for the right of Gentile believers to remain Gentiles. This is actually what Paul was arguing for in Galatians 3:28: “There is neither Jew nor Greek, there is neither slave nor free, there is no male and female, for you are all one in Christ Jesus.” In other words, the body of Messiah accepts everyone as they are – it doesn’t matter whether you’re slave or free, male or female, Jew or Gentile. You don’t have to become something you’re not in order to follow Yeshua.

-Boaz Michael
Introduction, pg 20
from his book
Tent of David: Healing the Vision of the Messianic Gentile

That’s comforting to know. God is the ultimate supporter of diversity. No matter who you are, where you come from, what your race, ethnicity, nationality, language, heritage, or anything else is, you can be reconciled to the Father through His Son, Jesus Christ, Yeshua HaMashiach, the Savior of the world and the Jewish Messiah King.

Only let each person lead the life that the Lord has assigned to him, and to which God has called him. This is my rule in all the churches. Was anyone at the time of his call already circumcised? Let him not seek to remove the marks of circumcision. Was anyone at the time of his call uncircumcised? Let him not seek circumcision. For neither circumcision counts for anything nor uncircumcision, but keeping the commandments of God. Each one should remain in the condition in which he was called.

This is Paul, saying the same thing we read in Galatians 3:28 and it fits very well with how Cohen states Josephus defines a convert to Judaism. Since we know that Paul opposed Gentile believers becoming circumcised when they came to faith in God through the Messiah, then we understand that the Gentiles did not convert to Judaism. They retained their Gentile identities. If we compare the message of Acts 21 with the rest of the definition of a convert as presented by Josephus, we can reasonably believe that the Gentile disciples of Messiah were not required to adopt the full yoke of the Torah and not commanded to perform the entire body of mitzvot.

I know I’ve talked about this before in The Uncircumcised Convert, Part 1 and Part 2, but when I started reading my actual, official, published copy of Boaz Michael’s book Tent of David (yes, it finally arrived) and in parallel, took up Cohen’s book again (I couldn’t access it for a while because I needed to get my Kindle Fire replaced – battery problems), I immediately saw how what both Michael and Cohen wrote dovetailed into this message. 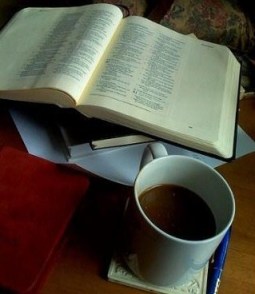 I know it seems as if I’m off on another religious harangue designed to bring the so-called “One Law” or “One Torah” movements within Hebrew Roots (as opposed to Jewish roots and as more opposed to Messianic Judaism) to task, but this is more personal, or more to the point, this has more to do with my personal identity.

After a recent encounter, I’ve received a very strong message that I need to redouble my efforts to return to church, stay there, and become part of the body of believers within their walls and their context. Part of that effort is picking up, to whatever degree I’m able, the identity of a Gentile believer, a Christian. Boaz Michael in his book plainly defines a “Messianic Gentile” as:

While these believers are still Christians, for the sake of clarity and definition I will call them by the term “Messianic Gentile” (the term “Gentile” meaning nothing more than “non-Jew”). A Messianic Gentile is a non-Jewish Christian who appreciates the Torah, his relationship with Israel, and the Jewish roots of his faith.

There are probably a fair number of Christians in churches who are also “Messianic Gentiles” based on that definition, but who just haven’t thought of themselves in such a light.

Based on my recent coffee encounter as well as other factors, not the least of which is Boaz’s book, I know I have to go to church and stay in church. It still doesn’t particularly thrill me at this stage, but I must proceed hopefully. And I know I’m not going in to change anyone or to present myself as some sort of “expert.” I’m certainly not going to bill myself as a “Messianic Gentile,” though I suppose the definition fits me after a fashion.

But who I am needs to fit better with other Christians. I can study the Jewish texts forever, and forever I will be isolated and alone because I’m not Jewish. It’s not my “Messianic Gentileness” I’m taking into the church and it’s not even my Christianity…it’s my desire to encounter God within the context of his non-Jewish disciples. Perhaps at some point, my voice will be added to theirs but for now, I need to be a learner and not a teacher.

I know I’m not a Jew and I know based on the Bible, that I’m not required or directed to act like one. Yes, the very early Gentile believers took on a number of the mitzvot such as giving to the poor among Israel, donating to build synagogues, studying the Law of Moses, and the fixed times of prayer.

All these texts imply that the recitation of prayers was a prominent feature of Jewish piety, not just for sectarians like the Jews of Qumran but also for plain folk. Jews who lived in or near Jerusalem prayed regularly at the temple. This is the plausible claim of Luke 1:10, “Now at the time of the incense offering, the whole assembly of the people was praying outside [the temple],” and Acts 3:1, “One day Peter and John were going up to the temple at the hour of prayer, at three o’clock in the afternoon.” 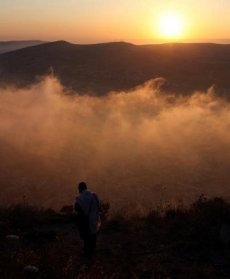 We know the early Jewish disciples met at Solomon’s colonnade (John 10:23, Acts 3:11, 5:12) at the Temple for daily prayers. The later Gentile converts to “the Way” most likely adopted the times and “the prayers” in their own worship (Acts 10:3) as well as other Jewish customs and practices, but of course, as we’ve seen above, they were not considered converts to Judaism nor obligated to the mitzvot, although it seems like they were certainly allowed to perform the mitzvot in a number of instances. That had limits, particularly in terms of access to the Temple.

When the seven days were almost completed, the Jews from Asia, seeing him in the temple, stirred up the whole crowd and laid hands on him, crying out, “Men of Israel, help! This is the man who is teaching everyone everywhere against the people and the law and this place. Moreover, he even brought Greeks into the temple and has defiled this holy place.” For they had previously seen Trophimus the Ephesian with him in the city, and they supposed that Paul had brought him into the temple.

We may never recapture the full history of what the relationship was like between the early Jewish and Gentile disciples of the Master, but we can take what information we have and use it to reasonably recognize who and what we are today as Christians. For me, that means pursuing a course of action that requires following both the timeless footsteps of the first Christians such as Cornelius (Acts 10) and the modern Gentile believers, with the firm conviction of who I am and who the Jewish people are in relation to God. If God permits, maybe my role will one day be of some use to Him among His people in the church, but for now, I just need to practice being who I am…a Christian.