Around the turn of the twentieth century, Vladimir, an illiterate and unworldly Siberian peasant, struck it rich. One day he was offered a very lucrative business proposition. Closing the deal, however, required his presence in Moscow.

Moscow. He was pretty sure that a horse—even the sturdiest his village had to offer—would not be able to make the trip of several thousand kilometers . . . Some of the more sophisticated residents of the town came to his rescue, advising him about the existence of a new mode of transportation, a “train.” If he were to travel to Novosibirsk, the closest large city, he would be able to catch a train to Moscow.

Thus, one fine day found Vladimir in the central train station of Novosibirsk. When he informed the lady behind the ticket counter of his intended destination, she asked him what sort of ticket he wished to purchase. Observing his confusion, she told him that he could purchase a first-, second- or third-class ticket. A third-class ticket, she explained, offered absolutely no amenities, and didn’t even guarantee a spot on the train. If the arriving train was already filled to capacity, he would have to wait for the next one. A second-class ticket offered a greater chance of a spot on the train, along with more comfortable accommodations. A first-class ticket came with a guaranteed seat, and all amenities necessary to ensure a luxurious and comfortable journey.

Money was hardly an issue, so first class it would be. The ticket lady explained to her consumer that the ticket was non-refundable, and should be guarded carefully…

At this stage of reading the Rabbi’s fable, I was anticipating disaster at any second. While Vladimir had certainly done well for himself in a material sense, anyone who didn’t know what a train was and needed one as a mode of transportation was certainly bound to get into trouble. I guess that’s what happens when you have too much of one thing but not enough of another. Money minus common-sense or experience equals what?

But before getting to the answer, you may be asking yourself what Vladimir’s predicament has to do with Torah Portion Beshalach?

And the Lord said to Moses, “I will rain down bread for you from the sky, and the people shall go out and gather each day that day’s portion — that I may thus test them, to see whether they will follow My instructions or not. But on the sixth day, when they apportion what they have brought in, it shall prove to be double the amount they gather each day.” So Moses and Aaron said to all the Israelites, “By evening you shall know it was the Lord who brought you out from the land of Egypt; and in the morning you shall behold the Presence of the Lord…

So they gathered it every morning, each as much as he needed to eat; for when the sun grew hot, it would melt. On the sixth day they gathered double the amount of food, two omers for each; and when all the chieftains of the community came and told Moses, he said to them, “This is what the Lord meant: Tomorrow is a day of rest, a holy sabbath of the Lord. Bake what you would bake and boil what you would boil; and all that is left put aside to be kept until morning.” So they put it aside until morning, as Moses had ordered; and it did not turn foul, and there were no maggots in it. Then Moses said, “Eat it today, for today is a sabbath of the Lord; you will not find it today on the plain. Six days you shall gather it; on the seventh day, the sabbath, there will be none.”

I suppose the Children of Israel couldn’t be blamed. After all, no one had ever seen or heard of such a thing as manna before. I mean, food that rained out of the sky? C’mon! And once they got used to the idea that they could gather food that had rained right on the ground every morning, they had to get past the idea that it would be there tomorrow and the next day. They didn’t have to save up. But then, on top of all that, they had to get used to the idea that a double-portion would fall on only Friday morning, and that double-portion they could save overnight, so that they’d have food for Shabbat. No food was going to rain from Heaven on Shabbat. 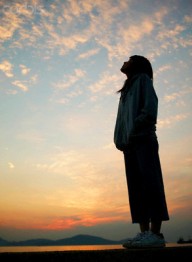 Today, it is typical that we have jobs, earn money, and go to the store when we want food. We don’t expect, nor has God promised that our food will literally fall out of the sky and into our backyards. And yet, we are expected to know when to make an effort in order to meet our needs as God provides, and when to wait for God alone to fulfill our requirements.

Part of it has to do with experience. The Children of Israel eventually became quite accustomed to manna and how to manage it, including its “gathering schedule.” But at first it was quite awkward and difficult to figure out, even after Moses told them what God had to say about manna. That takes us back to Vladimir and his predicament.

The train arrived. After his initial shock at seeing such a monstrously large caravan of cars, Vladimir regained his composure and scanned the terminal to see what to do. As it was early, most of the passengers had not yet arrived, but he noticed three passengers boarding the very last car on the train. He followed them into the car, and when each one climbed beneath one of the benches in the car, he did the same. Unfortunately, he wasn’t fully familiar with proper stowaway protocol, and his feet jutted out across the aisle of the third-class car.

It was dark and lonely beneath the bench, and Vladimir quickly dozed off. He didn’t feel the train start to move, and didn’t hear the conductor entering the car. He did, however, feel a sharp kick to his shins, and the startled peasant was expertly hoisted out by the burly conductor.

“You moron, you think this is a free ride?” he bellowed. “You need a ticket to ride this train!”

“What’s the problem, sir,” Vladimir meekly responded. “I have a ticket.”

The other travelers on the train car burst out laughing at this ludicrous claim. Their laughter only intensified when he started peeling off layer after layer of clothing, starting with his expensive fur coat and ending with his undergarments. But, much to their astonishment, he pulled out a ticket—a first-class ticket, no less!

After verifying that the ticket was indeed authentic, the conductor, in a distinctly humbled tone of voice, asked the obvious: “Sir, you have an expensive first-class ticket; pray tell me why you are lying under a bench in the third-class car?!”

“Because that’s what the others were doing . . .” was the embarrassed response.

In some ways, this is a very enviable position, because we don’t come with years or decades of dogma riding on our shoulders and getting in the way. It’s just the new Christian and God. Probably some of the most honest prayers a person will ever utter will be when he or she has just come to faith. 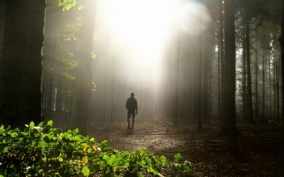 But how do we know who to imitate?

I could get on my soapbox about mentorship and discipleship and the responsibility of experienced believers to help teach “newbies,” but I suppose you’ve heard all that before. Vladimir learned an embarrassing but not disastrous lesson (he didn’t lose his expensive ticket as I imagined when I read just the first half of the tale).

But what about you and me?

I suppose Vladimir eventually learned the ins and outs of rail travel and probably became quite good at it, but the moral of this particular story is that we will be held accountable by God, not for just what we did in the first days and weeks after becoming a believer, but what we did with our “first-class ticket” for our entire lives. Experience is only valuable if we learn from it and let it modify our behavior. We have to grow spiritually or we get stuck doing the moral equivalent of sneaking on board a train for which we have a ticket. We waste what God has given us (reminds me of Matthew 25:14-30). This too is the lesson of the manna. We can use it wisely, learning when to gather and when not to, when to save and when to use it all in the evening, or we can waste what God has provided.

The Children of Israel were on a journey to go and meet God. So are we. The manna was just one of the lessons they needed to learn along the way in order to get ready to encounter God. What lessons is God giving us that we need to learn before our encounter?

When God calls for an accounting of what you did with your first-class ticket, your life as a believer, what will you say?