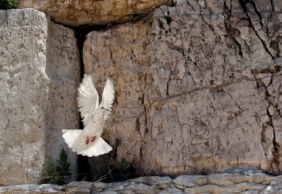 Each day we hope for Your salvation.

The Talmud states that one of the questions that will be posed to each person on his or her day of judgment is, “Did you look forward to salvation?” While the question refers to anticipating the ultimate Redemption, it can also refer to the salvation of the individual.

Positive attitudes beget positive results, and negative attitudes beget negative results. Books have been written about people who have recovered from hopeless illnesses because, contrary to medical opinion, they did not give up hope. On the contrary, they maintained a positive attitude. While this phenomenon may be controversial (for many people are skeptical that cheerful outlooks can cure), people certainly can and have killed themselves by depression. With a negative attitude, a person suffering from an illness may even abandon those practices that can give strength and prolong life, such as the treatment itself.

I have seen a poster that displays birds in flight. Its caption comments, “They fly because they think they can.” We could do much if we did not despair of our capacity to do it.

Looking forward to Divine salvation is one such positive attitude. The Talmud states that even when the blade of an enemy’s sword is at our throat, we have no right to abandon hope of help.

No one can ever take hope from us, but we can surrender it voluntarily. How foolish to do so.

…try to always maintain a positive attitude and to hope for Divine salvation.

Recently, I’ve written a number of reviews on portions of Thomas Schreiner’s book 40 Questions About Christians and Biblical Law. If you’ve read them, you know my feelings about Schreiner’s point of view on the Torah of Moses and how (or if) the Torah carries forward for the Jewish people into Apostolic times and beyond.

I want to take a step backward from that perspective this morning (but not too big a step). I’ve commented previously on the commonalities between Hebrew Roots, Messianic Judaism, and Christianity, as well as the fundamental platform upon which all who have faith in Yeshua (Jesus) as Messiah (the Christ) stand. While ultimately there is a dividing line between people who have faith in God through Jesus and those who do not, we can’t afford to dispense with authentic people of God who differ from us based on our opinions on “the Law” or how we understand God’s Word.

All people of faith face the same struggles. We are opposed by people who deny the existence of God, who deny that there is a core morality that is never-changing, who believe that human beings are the ultimate moral and intellectual force in the universe.

How can one be certain of the authority of the T’nach in all its particulars? The answer to this is based on common sense, and if one approaches the question open-mindedly and without prejudice, one must come to this conclusion. To put it very briefly, and going back from our present generation to preceding generations, we have before us the text of the T’nach as it was transmitted from one generation to the other by hundreds and thousands of parents of different backgrounds to their children. Even during the times of the greatest persecutions, and even after the destruction of the Beth Hamikdash, there always survived hundreds and thousands of Jews who preserved the text of the T’nach and the traditions, so that the chain has never been broken.

The Lubavitcher Rebbe has critics not only in Christianity but in different branches of Judaism, but the struggles he describes are the same as ours. Although I wouldn’t make a good Chabadnik for a number of reasons (not the least of which is the fact that I’m not Jewish), I often find their published writings and philosophies to be beautiful and reflective of God, especially when contrasted against criticisms against Torah and Judaism. No, it’s not that Judaism isn’t also critical of Christianity.

Furthermore, there is a basic difference between our Jewish tradition and those of other faiths, such as Christianity or Islam. For, whereas in the latter cases the traditions go back to one individual or a limited number of individuals, our traditions go back to a revelation which was experienced by a whole people at once, so that at no time did we have to place our trust in the veracity of one, or a few, individuals. 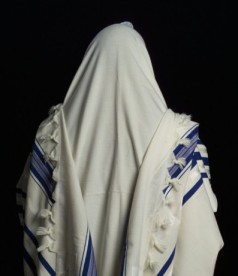 The Rebbe is being very “even-handed” in his response to Christianity in this letter. Some Jewish criticisms are far more biting.

I’m not saying we should compel religious Jews to abandon the practices of their faith or attempt to drive Christians from their (our) views on Jesus, but I am saying that we should stop trying so hard to jockey for position in order to establish our “lead” in the “race” by forcing the “defeat” of others.

I know one of the criticisms Christianity levels against religious Judaism is that Judaism interprets scripture according to a set of prescribed traditions. The assumption is that, by comparison, Christianity (in all its flavors and forms including Hebrew Roots) uses a Biblical hermeneutic that objectively examines the text and arrives at conclusions based only on what the words are saying in their various original languages.

But if anything convinces me that Protestant Christianity is also plumb full of traditions, it is theological texts such as Thomas Schreiner’s book. Only the fact that Schreiner must speak to a specific tradition of Christian Biblical interpretation can explain why he must base his theories on certain portions of the Bible, while ignoring other scriptures that directly refute his conclusions on the Torah’s purpose in ancient and modern Judaism (including Messianic Judaism). Also, the widely varying denominations that span the realm of Christianity are no different than the multiple streams of Jewish transitions and communities. How can one tradition criticize another when we all employ the same dynamics?

When Jews read in the Shemoneh Esrei, “Each day we hope for Your salvation,” it summons visions of the Moshiach coming to redeem and restore the Jewish people and Israel. And yet, those words should also bring to mind the second coming of Christ for anyone in the church. We may not agree as to the identity of Messiah, but the fact remains that we are all awaiting his ascent to the Throne of the King in Jerusalem, and his reign of peace throughout the Earth.

Right now, we all exist like a handful of sand slipping out from between clenched fingers, or millions of tiny shards of shattered glass strewn across a cold, dark ground. We’re broken apart. We’re disconnected. We’re separated and isolated. Each tiny shard cries out into an infinite universe, “I am the only one who truly knows God!” For the atheists, the “god” is themselves, the human being as final authority. For each religious person, it is the claim that we each “own” God. We claim Him exclusively as our private possession and denigrate all the other people in all the other faiths as mistaken, wrong, bad, evil.

From God’s point of view, what must we look like except a crowd of kindergarteners on a playground, each one of us chasing after the ball and screaming, “Mine! Mine!” I’m embarrassed to be reminded of the cartoon seagulls in the film Finding Nemo (2003).

And that is the much vaunted human race, religious and otherwise. No wonder in the Bible, we people are often compared to sheep.

And yet, every once in a while, someone among the “seagulls” and “sheep” rises higher and climbs above.

At the final ascent,
he clings to any crack or crevice
to pull higher.

That is where we are now:
Any spark of light that comes your way,
squeeze all you can from it. 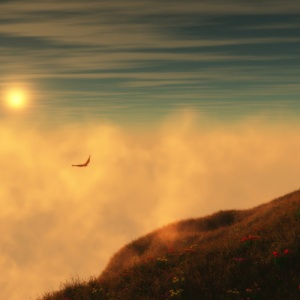 It is easy in the study of the Bible to get caught up in the mechanics and lose our connection to the spirituality. When we “know” God, is that knowledge supposed to be exclusively intellectual, or is knowing God a transcendent experience…or both? Either extreme has its pitfalls and, as I’ve been trying to communicate, can lead us to believe that our little group, church, congregation, denomination, whatever, is the one, the only one that has the corner market on God.

We must become more than the sum of our doctrines. We must become the people God made us to be. We must seek Him with unbridled desire and not be tempted to control His image and put it into our box. In longing to fly, we must be willing to fall.

“One who romanticizes over Judaism and loses focus of the kingdom of Heaven can be compared to a carpenter who is infatuated with the hammer, rather than the house it was meant to build.”

“Our work involves trying to dance when others only know how to wrestle.”

“Do not seek Christianity and do not seek Judaism. Seek an encounter with God.”

Each day, I hope for your salvation, God. How long, O’ Lord, how long?