Jacob’s anger flared up at Rachel, and he said, “Am I instead of God Who has withheld from you fruit of the womb?” She said, “Here is my maid Bilhah, consort with her, that she may bear upon my knees and I too may be built up through her.”

When Jacob came from the field in the evening, Leah went out to meet him and said, “It is to me that you must come for I have clearly hired you with my son’s dudaim.” So he lay with her that night.

So Jacob marries two women, and sisters no less, and “consorts,” not only with his two wives, but with both of their maidservants as well. By today’s standards, even in progressive, secular society, this is beyond scandalous. And yet, in the ancient near east, what Jacob was going and how he was building up a family was considered perfectly acceptable.

But we don’t consider that acceptable today, and certainly not in the Christian church. Did Jacob deviate from God’s plan? Did he commit some horrible sin, some dire mistake as did his grandfather Abraham when Abraham “consorted” with Sarah’s slave Hagar (Genesis 16:1-4)? Ishmael went on to father the Arab nations, who have been a thorn in Israel’s side across history and into the present day. Did Jacob’s actions with his wives and concubines represent the same error?

Apparently not, since without the children produced by all four of these women, there would be no twelve tribes of Israel and their descendants, the Jewish people.

But how is this possible? If God is eternal and His morality is eternal and unchanging, then how can the relationship Jacob had with two wives and two concubines be approved of by God and yet be considered morally wrong and sinful today?

He answered them, Have you not read that from the beginning the Maker “created them male and female,” and it says, “Therefore a man shall leave his father and mother and cling to his wife, and the two will become one flesh”? If so, they are not two any longer, but one flesh. Thus, what God has joined, man must not divide. 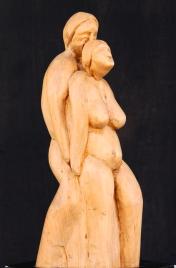 Jesus quotes from an even older story in the Bible to define what is marriage (and what is divorce) to the questioning Pharisees, but conspicuous in his answer is the absence of Jacob, his two wives, and his two concubines. Certainly, every Jewish person hearing the words of the Master and even Jesus himself, owed their very existence to Jacob and his offspring who he sired with four women, only two of whom he had formally married. But what about “two becoming one flesh?”

And what about this?

And it was when about three months had passed, that Judah was told, “Your daughter-in-law Tamar has committed harlotry, and moreover, she has conceived by harlotry.”

Judah said, “Take her out and let her be burned.”

As she was taken out, she sent word to her father-in-law, saying, “By the man to whom these belong I am with child.” And she said, “Identify, if you please, whose are this signet, this wrap, and this staff.”

Judah recognized; and he said, “She is right; it is from me, inasmuch as I did not give her to Shelah my son,” and he was not intimate with her anymore.

If not for this rather scandalous act on both the part of Tamar and Judah, she would not have given birth to the twins Perez and Zerah, and Perez is an ancestor of the Messiah.

How ironic that the one son of Jacob who found his wife among the Canaanite inhabitants of the land was none other than Judah, whose name would eventually denote the progeny of Jacob that survives. In the phrase “About that time Judah left his brothers,” the verb “left” suggests not only a physical departure, but also a violation of family mores (see Genesis 38:1-2).

All of this suggests, even if we agree God’s morality and ethics are eternal and unchanging, that He is willing to “work with” our current traditions and customs as a means of accomplishing His plan. Otherwise, how can we explain such apparently outrageous behavior by some of the greatest men in the Bible?

Later in the same commentary, Schorsch goes on to say:

The language implies an expansion of the notion of excluded nations. It is not ethnicity that defines the seven original settler nations of Israel, but cultural mores. 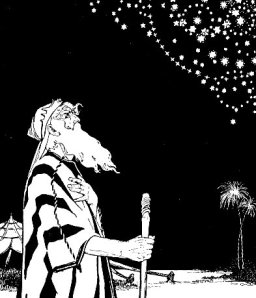 This makes a great deal of sense, especially in the case of Abraham, who was distinguished from even his close relatives in his homeland, not by ethnicity or genetics, but by a moral and ethical code received from God as the result of “faith counted as righteousness” (Genesis 15:6).

As the family of Abraham progressed forward in time, it began to be distinguished and then defined by families, clans, and tribes descended from the twelve sons of Israel. Who Israel was to each other and to God was set against the national backdrop of the people groups surrounding them. But then, time continues to pass and circumstances radically change.

By the time the Pharisees and Rabbis, Ezra’s spiritual heirs, came to power after the destruction of the Second Temple, Judaism had become a missionizing world religion, constituting as much as one-tenth of the population of the Roman Empire. To maintain the deuteronomic legacy, especially in Palestine, would have severely impeded access to Judaism for prospective converts in a world turned cosmopolitan. Who could be sure that an interested gentile was not a descendant of one of the proscribed nations?

I know people in the community of Jesus faith who discount the validity of conversion to Judaism because it is not presupposed in the Torah, as if closure of Torah canon constitutes closure of the will of God. My recent commentaries on Pastor John MacArthur’s Strange Fire Conference have shown me (not that I was unsure of MacArthur’s opinions before this) that he closes Biblical canon with a bang at the end of the Book of Revelation and declares that the Holy Spirit isn’t in the business of working miracles or even talking to people anymore.

And yet, even within the Biblical canon, we see time and time again how God, unchanging and eternal God, seems willing to adapt how He interacts with human beings across the varied mosaic of history in order to accomplish His ultimate goal of reconciling man to Himself and ushering in the Messianic age.

I’ve been struggling more than a little with trying to reconcile the Jewish Torah, Prophets, and Writings, which Christians call collectively, the “Old Testament,” with the later Christian scriptures or the “New Testament.” Even though the books of the Tanakh represent a widely diverse set of writing styles and writers, it yet preserves an overall Jewish “flow” of prophesy aimed at the national redemption of Israel, and the restoration of God’s physical rule on Earth and among all the nations. The Christian interpretation of the later writings shifts the focus away from national Israel and the Jewishness of Yeshua faith, and makes it all a story about God’s plan for personal salvation of all people in a single, homogenized group called “the Church.”

But “the Church” is never mentioned in the Tanakh. If the Bible is supposed to be a unified document, Torah, Prophets, Writings, Gospels, Epistles, Apocrypha, then I would expect that overarching Jewish flow of prophesy to be seamless and unbroken across the “Testaments.”

However, is the fault the document we have that we call the Bible, or is it how different groups interpret it? Certainly Christians see the “Old Testament” in a radically different light than Jews see the Tanakh.

Is my search for Biblical reconciliation and the face of the One, Living God across all history doomed to failure? Is there no way to understand an adaptive God and yet find Him eternal and unchanging in all of the pages of the Bible?

Frankly, one of the only places I’ve been gaining traction so far in my quest is by watching and reviewing the different episodes of First Fruits of Zion’s (FFOZ) television series (available for free viewing online) A Promise of What is to Come. That’s because this program is written and formatted to present familiar concepts in Christianity, such as the Gospel Message, the meaning of the title “Messiah,” repentance, and the parables of Jesus, all from an exclusively Jewish perspective.

The key to understanding the Bible, all of it, is to put yourself in the place of the original writers and especially of the original audience. What were the first century Jewish readers of Matthew’s Gospel supposed to take away from his message? What is “the Good News” from an ancient Jewish point of view? Is the Jesus Christ of the Christian Church really the Jewish Messiah, Son of David we see prophesied by Isaiah, Ezekiel, and Zechariah? Is there some way to make sense of how God seems to change His methods and motives based on changes in ancient (and modern?) cultural mores, and still to recognize that He is One God, a single, unified, creative, entity?

In an ultimate sense, the great Ein Sof God of the Universe is entirely unknowable. How can the small and finite know the limitless infinity?

And yet, God gave us a Bible written in human languages by inspired human beings to other human beings in need of inspiration so that we can know Him. God wants us to know Him and to draw close to Him. We read how Abraham drew close to God. We read how the God of his father became the “Dread” of Isaac. We can see how God turned the fugitive son Jacob into Israel, the father of an empire.

And we can read how one, lone, itinerant teacher changed the course of the world through his teachings, his death, his resurrection, and his ascension to the right hand of Glory.

The search for God is not a search for an ultimate answer that once we possess it, we may rest in our knowledge and sit assured in our complacency. It is a never-ending process, a trail winding through the mountains, a sea without a shore, a lifelong journey of ever greater discoveries and an ever closer walk with our God.

There is an answer, just as there is a final peace, where each man will sit under his vine and under his fig tree, and no one will make him afraid (Micah 4:4). But that time has yet to come. And until he comes again, we remain a traveler without a home, a bird without a nest, eternally walking, eternally in flight, until home comes to us in the Kingdom of God.

May Messiah come soon and in our day.

9 thoughts on “The Unchanging Changing God”