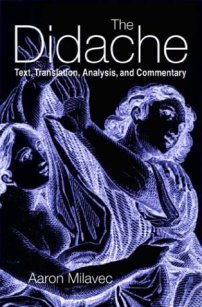 Any community that cannot artfully and effectively pass on its cherished way of life as a program for divine wisdom and graced existence cannot long endure. Any way of life that cannot be clearly specified, exhibited, and differentiated from the alternative modes operative within the surrounding culture is doomed to growing insignificance and gradual assimilation.

I think it’s safe to say that this comes from the “Commentary” part of the book alluded to in Milavec’s title. This is also my second and last commentary on Milavec’s rendition of the Didache. My first impressions were published a little over a week ago.

I’ve suggested that the Didache represents the codification of an oral tradition that comes from the original apostles or those close to them, perhaps even as a verbal expansion on the Acts 15 letter and instructions to the new Gentile disciples in the Jewish religion of “the Way.” This is only supposition of course, but the known history of this document and opinions of various scholars makes it worthy of investigation. After all, relative to Acts 15 the so-called “four essentials” are hardly sufficient to describe the length and breadth of education non-Jewish Messianic disciples would require to adequately approach a life of holiness.

As the above-quoted statement of Milavec attests, any culture or community must sufficiently communicate the requirements of its way of life to the next generation in order to sustain said-way of life. How many cultures have assimilated into the larger societal milieu because either the values of the culture were not sufficiently passed along or the subsequent generation chose to ignore them?

And so it is with very early Christianity, dating from the late first century to the late second century of the common era. If the Didache is the instruction guide for early Gentile believers in Jesus, then maybe we should be paying attention to it, for it represents something we don’t often consider: a Christian life outlined by those who were closest to the apostles and possibly by the apostles themselves, those who were closest to Christ.

So much has happened across Christian history in the last nearly two-thousand years. Much of it is nothing to be proud of. The Church expended considerable resources in persecuting Jews and other “infidels,” feeling self-justified that each drop of blood spilled was for the greater glory of the Lord.

There are those in the Hebrew Roots movement who reject Christian history entirely and strive to achieve the original Biblical template of worship, reasoning that the only valid template is a complete imitation of our Jewish fore bearers in Messiah. But if that desire is to be realized, then maybe the Didache can serve as a roadmap. The caveat for many Hebrew/Jewish roots people is that the roadmap doesn’t seem to lead to a place where there are no behavioral distinctions between Jewish and Gentile Jesus-worshiper.

But how reliable is this roadmap?

…Therefore, the Didache needs to be regarded as an anonymous document. As with so many books in the Christian Scriptures, one must allow for the probability that it did not originate with a single individual. Furthermore, given the manifest clues of orality within the Didache itself, one can be quite certain that it was originally composed orally and that it belonged to an extended network of persons who cherished and preserved it because it served to specify the standards of excellence guiding their Way of Life. 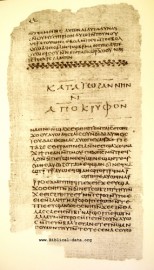 There’s quite a bit of zeal in Milavec’s words but the oldest copy of this document we have, was discovered a mere 140 years ago. I’d like to believe that it is a very ancient text and that it was from a time when Paul was either still alive or had not long been deceased.

I’m going to go through my notes on Milavec’s commentary in linear fashion and see what nuggets we can uncover in this treasure.

Milavec’s analysis includes a description of the division of topics in the Didache:

The Didache, according to Milavec, describes two “ways,” the Way of Life, and the Way of Death.

So we see a very close association with the wording in the Didache and the underlying concepts of “Ways” and Jewish history mapping to, though not completely mirroring, the Torah. Yet there’s no completely separating the Torah from the Didache’s training of Gentile disciples, although a difference of application is evidenced in its pages.

After defining the Way of Life using the dual definitions the Didache turns its attention to “the training [required for the assimilation] of these words” (1:3). As explained above, the definitions of the Way of Life and the Way of Death served to frame the main attraction, that is the training program…of the Didache…devoted to this “training,” it is not surprising that the entire manuscript was, at some point in time, given the title “didache” …the Greek word…makes reference to the training that a master trainer (didaskalos) imports to apprentices or disciples.

I suppose this is stating the obvious, but consider. The Didache is known to be a training manual for the Gentile disciples in “the Way,” a Jewish religious movement organized around the knowledge of Yeshua as the Messiah and his teachings of righteousness. In the Didache’s case, this training in righteousness is specifically crafted for Gentile audiences. If the Gentiles were supposed to merely mimic Jewish Torah observance, this document would hardly be necessary. The training for a Gentile in Messiah would have been the same as for any “righteous convert” to Judaism. 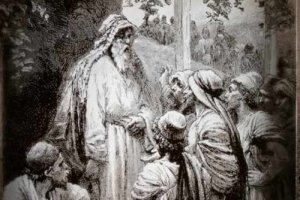 And yet, the Didache not only was written exclusively for Gentiles who were not converting to Judaism, but who were considered Gentile co-participants (with the Jewish disciples) in the Way, and these Gentiles required a somewhat Torah-based but nevertheless separate set of training instructions from those given to Jewish disciples.

On page 48, Milavec outlines the likely format for such training, which would match one teacher or trainer with one disciple. This is atypical of ancient and modern discipleship models in Judaism, which would have one Master or Rabbi who trained multiple disciples in their teachings and methods.

However, on page 49, a very Jewish discipleship concept is presented:

Those who trained novices were not transmitting something of their own creation. Rather, such masters were “speaking to you the word of the Lord” (4:1), hence something they themselves received.

Traditionally, a disciple memorized the teachings of his Master so that when the disciple was sufficiently trained, he would become a Master, attract his own disciples, and pass on what he had previously learned. This pattern was repeated generation by generation, and so the pattern is repeated here. This also suggests that Gentiles were passing on what they had previously learned to new Gentile disciples (hence “something they themselves received”).

As one would expect, the training included heavy references to the teachings of Jesus:

In terms of an orderly progression of topics, however, the initial section dealing with praying for enemies and turning the other cheek would appear to be placed at the head of the training program…(but) when examined in detail…the “enemies” in this case were not highway robbers or Roman soldiers, but relatives and friends who had become “enemies” due to the candidates new religious convictions.

Milavec states (pp 51-2) that the Decalogue or the Ten Commandments was adapted for a Gentile audience. This again supports the idea that portions of the Torah were adapted for or applied differently to the Gentile disciples rather than there being a single, identical application of Torah to both Jewish and Gentile members in the body of Messiah.

Since the novice could not have known what the Lord wanted him/her to be and do before this moment, the decalogue would not have been presented to the novice as a rebuke…no Gentile can be blamed for not having been raised as a Jew…On the other hand it can be presumed that the novice asked questions relative to the scope of each of the terms of the decalogue and reflected on his/her own life in contrast to the Way of Life. 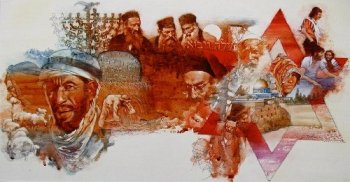 So how did the decalogue apply to the life of the Gentile novice? It’s outlined in the Didache’s “Way of Life” which interestingly enough, according to Milavec, omits the first Five of the Ten Commandments (pg 52). However, their omission wasn’t indicative of lack of application, but a difference in application based on status. For instance, the fourth commandment, the omission of Shabbat observance, is described this way:

For gentiles, the Sabbath rest (Ex. 20:8-9) would have imposed an unworkable expectation since the Roman lunar calendar governing public life made absolutely no provision for a cessation of work on the seventh day (#4a). The “days of rest” named in the Roman calendar only occasionally coincided with the Jewish Sabbath…Since members of the Didache community depended on the work of their hands, the fourth commandment would have imposed severe economic hardships.

Although Judaism was a legally recognized religion in the Roman empire and thus any Jew was entitled by law to observe the Shabbat in accordance with their faith, Gentiles who had not converted to Judaism could not observe the Jewish religious rest days or festivals. The Gentiles in the Way would not be allowed to claim a legal right to the Shabbat as non-Jews, and thus it would be a crime for them to abstain from the work required of them on the Saturday Sabbath.

This is not to say that the Shabbat was and is not a valid expression of devotion to God for Gentiles, but the status assigned to Gentiles in the Way established in Acts 15 afforded them a less stringent set of obligations to God, so that Shabbat could be observed if possible, but if not (which was in most cases), it was not treated as a violation of a commandment.

On the other hand, Milavec notes six “new” commandments applied to the Gentiles such as prohibitions against child cruelty and child sexual molestation. These were necessary since, although child mistreatment was unheard of in ancient Judaism, it was terribly common in Greek and Roman culture in the first and second centuries. So these prohibitions had to be explicitly spelled out. Other prohibitions were commandments against drug use and magic as well as abortion and infanticide. Again, these were practices common in the ancient Roman world but would not have to be articulated in Jewish legal code.

Didache 3:1 serves as a fitting opening to the five illustrations of how to avoid major infractions by keeping guard against minor infractions that might not be serious in themselves, but that form a slippery slope toward great infractions. In Jewish circles this would be recognized as erecting a “fence” (#1v).

Again, erecting a “fence” around the Torah by constructing more stringent restrictions than the written Biblical text records is a Rabbinic practice that is apparently reflected in the Didache, further attesting to its Jewish origins. I find this certainly interesting given how modern Christianity actually criticizes the Jewish Rabbinic system for it’s “man-made laws” and yet the very earliest Gentile Christians were taught using identical principles, perhaps even at the behest of the original apostles of Christ.

As Milavec’s commentary goes on for a bit more, I’m going to split my response in two and present the second part in tomorrow’s morning meditation.