The church is the biggest stumbling block for the people of Israel to see the true message, the redemptive message of the Messiah.

The church is fundamentally good but the church needs to change.

I have inserted the link to the YouTube video at the bottom of this page, so you can see Boaz’s entire presentation below. It’s not quite seven minutes long, so it won’t take much of your time to review.

I’m writing this for a couple of reasons. The first is that I received a DVD in the mail from First Fruits of Zion (FFOZ) that contains an eighty-two minute “sampler” of Boaz’s eight-hour Tent Builders Conference, which he presented in various venues across North America (registration is now closed so I assume there’ll be no additional conferences).

This is, or was, the training companion piece to Boaz’s book Tent of David: Healing the Vision of the Messianic Gentile, which I most recently reviewed last October 6th and October 10th.

I haven’t had a chance to view the DVD yet, but I feel it’s necessary because in spite of all of my efforts and my reading and re-reading of Boaz’s book, something’s still wrong.

I’ve gotten this sense of “wrongness” most recently from writing the first part of my review on MacArthur’s sermon series From Judaism to Jesus. If you’ve read that review, you know that I’m appalled and dismayed at MacArthur’s approach not only to the early Messianic Jews of the apostolic era, but to their modern-day counterparts, the Messianic Jews of the twenty-first century. 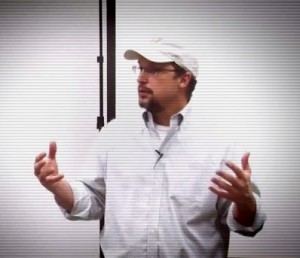 I’ve already read the second part of MacArthur’s three-part series and have written the review (it will appear online next Sunday morning). I can’t say my opinion of John MacArthur or any of his perspectives on Judaism has improved. More’s the pity, because Pastor MacArthur is one of the significant voices if not “the voice” of the modern Evangelical Fundamentalist movement in Christianity today. He’s been writing and preaching for over forty years and even though I had never heard of him before  last year, his name is practically a household word among the members of many churches.

I wanted to view the Tent Builders DVD sampler but only have the ability to currently hear Boaz’s brief introductory video on YouTube. He describes Tent Builders as a missionary effort which provides a purpose in which each Christian can participate. The “mission field,” so to speak, is the Church. Christians in the church or “Messianic Gentiles” who have left the church, can find in Tent Builders, a path back, a path that can lead to teaching that the church must see itself in partnership with Israel, not in competition with or as a replacement for Israel.

But what’s happened is, I think that many well-meaning Christian people, evangelical people, are catering more to a sociological minority movement than they are to the Word of God. Because the Bible would never tolerate a Jewish church and a Gentile church.That is the one thing that the Apostle Paul spent the last months of his ministry trying to resolve…

So you know what they do? They start their own Messianic temple. Some of these dear people really mean well; and I…I pray God that they’ll win people to Christ; but that isn’t what it’s all about.That’s, in a sense, Judaizing. I don’t see any need for that at all. I praise God for the Jewish people in our…in our church. All you have to do is read Acts chapter 13, and you read about the five pastors there. Some of ’em were Jews. Some of ’em were Gentiles. Some of ’em were white. Some of ’em were black. Read it, Acts 13. They all pastor the same church. We don’t have the Grace Community Irish-American Church. Don’t see the point.

-John MacArthur
“Bible Questions and Answers, Part 5”
Grace to You: Unleashing God’s Truth One Verse at a Time
scribd.com

Well, tact isn’t exactly one of MacArthur’s strong suits but beyond that, he obviously has definite, though incredibly uninformed opinions about Messianic Judaism. Do you think a few Tent Builders graduates in his church are going to make much headway?

In the video I’m referencing, Boaz does say that the goal is to find receptive churches who may have never considered the Messianic perspective on the good news of Jesus Christ and help them understand what it is to partner with Israel. The implication is that not all churches are going to be receptive based on a variety of factors, not the least of which is the doctrine of the church and how married they are, especially the Pastoral staff and Board of Directors, to said-doctrine.

Boaz says it’s important, even vital to change the church for the sake of Israel.

But what can one person do? 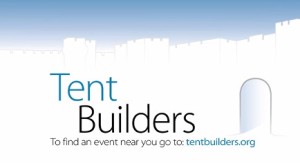 Yes, I did hear Boaz’s “pep talk” in the brief video, how easy it is to get discouraged, how we can be part of the hope for the future in summoning the Messianic Age.

Either God introduced me to a brick wall I’m incapable of breaching in any respect, or He put me in a situation I should be very capable of managing, but instead, I’ve managed to fail.

True, I’m not in John MacArthur’s congregation, but his thoughts, opinions, and presence are written all over the walls of the church I do attend.

How important is it to you that your children follow in your footsteps as Jews and that they marry Jews? If it is important, then you have to realize that you are their role model. Your love of Judaism and things Jewish is what will communicate to your children. You can’t legislate feelings — they are felt and internalized. When Jews came to America and found the difficulties facing them in living Jewishly, the lament was often heard, “Oy, it’s tough to be a Jew!” If it’s tough to be a Jew, then why would your child want to be Jewish? You have to feel the joy, the meaning, the beauty in being a Jew — it’s GREAT to be a Jew! Then you have hope with your kids.

MacArthur would never understand in a million years that even as a Christian husband and father, it is very important for me that my Children live as Jews. I’ve really dropped the ball on this one, especially when my kids were growing up. If I knew twenty-five years ago what I know now, the course of my life and their lives would be very different, but in a universe created by God, you don’t get “do overs”. There are no time machines, and I can’t send radio waves back to the past to talk to my younger self.

Boaz called the church “the biggest stumbling block for the people of Israel to see the true message, the redemptive message of the Messiah,” but the church, or at least MacArthur’s version of it, is also a stumbling block for me. If he were the only example of what it is to be a Christian when I was about to come to faith nearly twenty years ago, I’d have dropped Christianity like an angry rattlesnake.

Boaz said that if there is not a healthy Messianic community available to a “Messianic Gentile,” they should join a church for the sake of fellowship. After all, the mission of Tent Builders only works in the context of relationship.

But given men like MacArthur and the Calvinistic and supersessionistic shroud he has cast over church worship and teaching, what am I supposed to do with that relationship now? I’m hoping Boaz’s DVD has some answers.

13 thoughts on “A Brief Introduction to Tent Builders”