There’s more than one way of dividing up those departments. One way is to talk about approaches to the text.

Rabbi Yitzchak Luria, the Ari, constructs an acronym from these four departments, disciplines, or levels of peshat, remez, derush and sod: pardes, meaning “an orchard.” He taught that every soul must delve into all four layers of the Torah, and must continue to return to this world until having done so.

-Tzvi Freeman and Yehuda Shurpin
Is Midrash for Real?
Part 1 in a series on the truth behind Talmudic tales
Chabad.org

I have been promising to write a review on this series for a few weeks now, but as I read part one, I already feel like I’ve bitten off more than I can chew. I’m not Jewish and certainly not an Orthodox Jew, nor am I a mystic, which is what seems to be required to understand what Freeman and Shurpin are saying.

True, I’ve been critical of Christian devotion to Sola Scriptura more than once, but investigating Midrash on the road to Kabbalah could be a bit much for me.

I’m not throwing in the towel. I just want you to know how different this is.

First things first. How does this article define Midrash?

Finding deeper meaning and lessons in life is yet another department, which we call derush or midrash—and our basic commentators will again be found in these halls as well. Midrash often includes stories, called aggadah, some allegorical, some anecdotal, some reaching far beyond what we understand to be possible in our world. Midrash can be found strewn throughout the Talmud, and in many anthologies compiled contemporaneously with the Talmud or later. The largest, best-known collection is called Midrash Rabbah.

Many of the juiciest midrashim are collected in the classic commentary of Rashi. This despite Rashi’s repeated insistence that “I come only to explain the simple meaning of the text.” Because the text bubbles with meaning, frequently defying the steamroller of the strict literalist, demanding deeper interpretation at every turn.

What I’m taking from this is that Midrash isn’t necessarily intended to be literal fact. Certainly Christianity has its own rich tradition of religious allegory, so how can we criticize Judaism for employing the same tools. Midrash is in the “Derush” department, that which reveals the deeper meanings of the Torah. 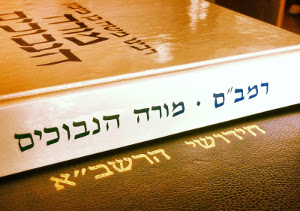 But are these “deeper meanings” actually encoded in the Torah or are they what various authorities including the esteemed Rashi have taken out of Torah and formed into morality tales, fables, or colorful metaphors to communicate principles that can be derived from scripture? How many Christian Pastors take a verse or two of scripture and develop a homily to be delivered from the pulpit on Sunday? I can accept Midrash at that level of understanding and meaning, even though in Orthodox Jewish thought, it may be intended to represent so much more.

But according to the article and the sages it cites, a steady diet of all four “departments” of Torah understanding is necessary for the “spiritual health” of every Jewish person.

The Ari’s message is not as esoteric as it may seem: Just as our bodies do not live by carbs alone, so our souls require a mixed diet. To be a complete Jew embracing a complete, wholesome Torah, you can’t satisfy your requirements studying in one department alone. You need a well-rounded curriculum at all four levels.

But the focus on this series as well as my review is of only one of the four “departments” or “food groups” in this diet.

And the midrashic tales and the secrets of the Torah are just as vital. Why? Because as much as Torah is about what you know and what you do, it’s also about how you think and what you feel. As magnificent a structure as you may have built for yourself, without light and warmth nobody is going to live there too long. That’s the way life goes: without the sparks firing, the engine just stops turning.

Midrash is your gateway to connect with the Author of the Torah. “If you want to know the One who formed the universe,” the Talmudic sages advise, “learn aggadah.” Aggadah, the midrashic tales scattered throughout Torah literature, are said to contain “most of the secrets of the Torah.”

That’s probably a lot farther than most Christians would be willing to go, and understandably so. Outside of Orthodox Judaism and especially the mystic context of the Chabad, it’s also much farther than many Jewish people would want to go. Let’s not kid ourselves. What I’m investigating is a relatively narrow perspective within the panoramic landscape of overarching Judaism. Nevertheless, for those of us who “intersect” with religious Judaism at some level, encountering Midrash is inevitable. So why fight it? Let’s have a look.

But the secrets are veiled, as Maimonides writes (we’ll get to that soon), so that only those who are fit to receive them will discover them there. The Zohar provides a parable to explain why the Torah must speak in parables…

I’m pausing here to remind everyone that Jesus spoke in parables. Christians tend to take the parables of Jesus for granted, largely because those parables have all been explained in the text of the Gospels, and even if we don’t always understand the explanations, we usually receive some satisfactory interpretation from our Pastors or some Christian book writer.

Last fall I reviewed an episode of the First Fruits of Zion (FFOZ) television series called Speaking in Parables which sought to explain the purpose of the Master’s parables in terms of Messianic Judaism.

FFOZ Teachers and Toby Janicki and Aaron Eby are the hosts for these episodes and present each one as a “mystery” that requires three “clues” to solve. In these clues and their solutions, they use the Bible and Jewish literature to teach their audience that “Parables were a common teaching device used to simplify complex concepts.” The question then is whether or not Midrashim also take complex concepts and simplify them for their audience. Most Christians encountering a Midrash would probably say “no.” Sometimes a midrashic tale can make what we think of as the plain meaning of the text seem all too mysterious.

Apparently, the stories and mysterious words are more than packaging. After all, as the parable of the Zohar tells, from within the cloak of these parables the inner soul of the Torah speaks. Perhaps we should think of these stories as haute couture for G‑d’s wisdom. They are the fine clothing and jewelry that allow expression for Torah’s most inner wisdom, as a tasteful wardrobe betrays beauty that would otherwise elude the senses.

I invite you to read Part 1 in a series on the truth behind Talmudic tales (I also put the link at the top) for the full article, including the various parables it contains, to gain the full context of what I’m discussing. The sense I get from this text, and I’ve read similar material before, is that the Torah almost has a life of its own and is deeply encoded with meaning that extends well beyond what we can perceive, even if we could read the oldest available Torah documents in their original ancient Hebrew.

So fitting, so magnificent is this wardrobe that it carries the secrets of Torah even to the small child. In a way, it transmits to the simple child much more than to the sophisticated adult. To the adult, the clothing is distinct from the meaning it contains; the analogy and its analogue live in two different worlds. The child, when he grasps the clothing, grasps the warm body and soul breathing within. They are all one and the same. In his simple understanding of the tale, he touches G‑d.

To better understand how that is so, we’ll have to examine midrash a little deeper. We need to ask, are the stories of the Midrash truth or fiction? If they are truth, how is it that they so often conflict with one another? And how do we know when the Talmud is telling us a historical anecdote and when it is speaking in parables?

Just a reminder. There’s a difference between facts and truth. Or as Indiana Jones once said, “Archaeology is the search for fact… not truth. If it’s truth you’re looking for, Dr. Tyree’s philosophy class is right down the hall.”

Midrash, like any metaphor or morality tale, can contain truth and still be fiction. We’ll see what more Freeman and Shurpin have to say in next week’s review.

4 thoughts on “Reviewing the Meaning of Midrash, Part 1”