I’ve always wondered how you get “church” out of “ekklesia” and in a bout of insomnia, I decided to find out. It’s not so much that I want to know about the usage of “church” as a building or even an organization, but as the entity that has, in some circles, replaced Israel as the focus of all His New Covenant prophesies and promises (see my five-part review series on D. Thomas Lancaster’s lectures, What About the New Covenant for more).

The definition above is what I first came up with in a Google search using the search string “origin of the word church”. Here’s more detail:

Greek kyriakon (adj.) “of the Lord” was used of houses of Christian worship since c.300, especially in the East, though it was less common in this sense than ekklesia or basilike. An example of the direct Greek-to-Germanic progress of many Christian words, via the Goths; it probably was used by West Germanic people in their pre-Christian period.

This resource has links that define the sources used to generate the information above so please click the link for more.

As you can see, it’s not as simple as saying that “church” equals “ekklesia” which is how it seems if you simply read your English-language Bibles.

Now what about “ekklesia” (alt. “ecclesia”)?

1. an assembly, especially the popular assembly of ancient Athens.

— n , pl -siae
1. (in formal Church usage) a congregation
2. the assembly of citizens of an ancient Greek state

[C16: from Medieval Latin, from Late Greek ekklēsia assembly, from ekklētos called, from ekkalein to call out, from kalein to call]

According to biblehub.com, the “English word “church” comes from the Greek word kyriakos, “belonging to the Lord” (kyrios).” By comparison, “ekklēsía(from 1537 /ek, “out from and to” and 2564 /kaléō, “to call”) – properly, people called out from the world and to God, the outcome being the Church (the mystical body of Christ) – i.e. the universal (total) body of believers whom God calls out from the world and into His eternal kingdom.”

So as nearly I can figure, not being a linguist or etymologist, we can understand the word “ekklesia” as originally meaning (for the purposes of this brief study) an assembly of Greek citizens or more specifically, a popular assembly in the city of Athens. In its most generic sense, it was probably used to mean any assembly of people for a common purpose.

There’s also a sense, when used to describe an assembly of believers, as it’s used in the New Testament, that said-assembly is a group of people “called out”. This is probably (in the minds of the Jewish writers of the New Testament) related to the Hebrew word Shaliah, meaning “legal emissary” or “agent,” equivalent to the Greek word “apostolos” from which we get the English word “apostle”. It’s reminiscent of the use of the word Shaliach as employed by the Chabad to mean “a member of the Chabad Hasidic movement who is sent out to promulgate Judaism and Hasidism in locations around the world.”

That probably fits since historically and into modern times, one of the primary functions of the Christian Church as an institution is to send out members as missionaries or “sent out ones” to “promulgate Christianity in locations around the world.”

Called out ones, sent out ones. In either case, a population of individuals separated from the larger group for a common purpose. From a Christian standpoint, “the Church” is called out of the generic population of the nations for the purpose of being worshipers of Jesus Christ. An important secondary mission (Matthew 28:19-20) is to spread the gospel message of salvation to the world, creating more called out ones to join “the Church.”

Except, as you may have noticed above, the word “church” is more related to the Greek word “kyriakos,” so I’m not sure it’s reasonable to directly translate “ekklesia” as “church”.

But I haven’t written this in the middle of the night to be that picky. I’m just using it as background.

In studying Lancaster’s What’s New About the New Covenant lecture series, I started wondering, given the centrality of Israel in all the New Covenant language, how “the Church” managed to replace Israel or usurp her position in that Covenant. Actually, I’ve wondered this for a while and it keeps bothering me. 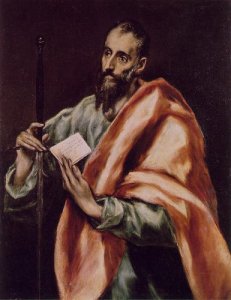 I’ve learned in past conversations with Pastor Randy at the church I attend, that “the Church” was created in Acts 2 at Pentecost, was originally made up of mostly Jewish people, and was centralized around Jerusalem and the Temple. Subsequently, the Church began to spread and its locus of control was shifted to the assembly at Syrian Antioch (see Acts 11 starting at verse 19 and subsequent chapters) as more Gentiles were added. Paul returned to Antioch after his first two “missionary journeys” rather than Jerusalem, to give a report of his activities. He only returned to Jerusalem after his third journey (Acts 21) at the prompting of the Holy Spirit (Acts 20:22-23), not as a missionary going back to his “home church” to make a report, but for a larger and most likely eternal purpose.

From this perspective, as time goes on, starting during the lifetime of Paul, “the Church” becomes less and less Jewish and less and less of a Judaism, and increasingly describes a body of Jewish but mostly Gentile people focused on the worship of Jesus Christ, while divesting themselves of the various practices, perspectives, and even thoughts that previously associated it with a first century stream of Judaism (very similar to the viewpoint of John MacArthur on this topic).

Can you see why this bothers me? I’ve mentioned recently that if God really did reject Israel and replace her with “the Church” in all of the covenant prophesies and promises, then it would be like a man cutting off his own legs and expecting to run a marathon afterward.

It would be impossible.

All of the New Covenant language we see in Jeremiah 31 and Ezekiel 36 is focused on Israel as the object of God’s prophesies and promises, not another entity, and certainly not an entity that isn’t Israel and Judah (which “the Church” isn’t). It’s as if traditional Christian thought on the New Covenant starts in the Gospels and particularly the Epistles, and then works its way backward into the “Old Testament,” proceeding to engage in some significant theological and eisegetical gymnastics to rework the words of the Prophets in order (some how) to make them fit the way institutional Christianity chooses to interpret Paul.

I’ve also mentioned recently how at least some of what Paul wrote is all too easily interpreted as anti-Torah, anti-Judaism, and anti-Jewish people, making Paul a big problem for understanding the New Covenant as it’s described in the Prophets, and giving “the Church” the (apparent) leverage it needs to reinterpret the New Covenant in a Gentile-focused manner that diminishes Israel and the Jewish people in favor of Goyim Christianity. At this point, if the Jews weren’t kicked out of the Church (unless they converted to Christianity and gave up Judaism and being Jewish people), they would have walked out, since the “no Jews allowed” sign had been raised. The Church isn’t a Jewish place, it’s a Gentile place.

“The older I get, the more I realize how different it is to be a Jew in a Jewish place as opposed to a Jew in a non-Jewish place. It’s definitely a different feeling in terms of how freely you can be yourself and celebrate your culture and religion.”

Etymology is defined as “the study of the origin of words and the way in which their meanings have changed throughout history.” As we’ve seen above, the etymology of the word “Church” isn’t as straightforward as the casual users of that word might believe. In fact, “Church” is more related to a completely different Greek word, but most people don’t know that.

I suggest that the way most Christians understand the word “Church” today isn’t how the original apostles and disciples of the Master understood “ekklesia” or meant for anyone to understand it. The “ekklesia” were the called out body of Messiah, but did not call out Jews from Judaism. If the New Covenant prophesies mean anything at all, then primarily, it was the non-Jewish peoples who were “called out” of paganism in order to be grafted in to the commonwealth of Israel to benefit from the blessings of the New Covenant through their Abrahamic faith in Messiah, Son of David. The Jewish disciples may have been called out of other Jewish streams and into the Judaism of “the Way,” but if they had been called out of Judaism as modern Christians believe, then they (and we) would have exited the New Covenant altogether.

But just as we see how the word or words that eventually became “church” in English went through many changes throughout history, the meaning, purpose, and composition of the body of believers has also “morphed” a great deal over time. I doubt Paul would recognize a modern group of Christians in a Sunday worship service because of the result of nearly two-thousand years of evolutionary changes.

I wish I could do this wee study more justice, but it would take more study and time than I have right now. I fell asleep exhausted several hours ago, woke up way too late (or too early) and now I can’t sleep at all. For some reason, I keep thinking of “the Church” in general and the little local church I attend in specific.

I emailed one of the associate Pastors earlier today in relation to the church’s website, and one of the things he asked in response was, “How are you doing in your walk?”

Given how unusual I am in relation to just about everyone else in church, I didn’t know how to respond. I feel “fine” in my “walk,” but I don’t know if that’s how I’d appear from his point of view.

I suppose I should try to get some more sleep. Morning will come all too soon and I’ll regret it if I go to work with my brain in a fog. Maybe I’ll write a “part two” to this when I get more time and can do more research. I don’t really feel like I’ve said what I wanted to say, except that I wanted to say that what the Church has become today, not as a building or even an institution, but as an entity or even a concept, seems to have changed a great deal from the hopes and dreams of the apostles and from the spirit of what was intended in the New Covenant, a covenant non-Jewish people can only partake of through Israel and her firstborn son, Messiah, Son of David…the person we call Jesus Christ.

Read Part 2: When Is Church Not Church?

40 thoughts on “Notes On the Church From an Insomniac”