I don’t think there’s any more important text in all the New Testament that defines the work of Jesus than this one. That Jesus was sent to fulfill all righteousness. And what that meant to the Jew was to obey every jot and tittle of the Law. Because now Jesus is not acting in His baptism for Himself, but for His people. And if His people are required to keep the Ten Commandments, He keeps the Ten Commandments. If His people are now required to submit to this baptismal ritual, He submits to it in their behalf. Because the redemption that is brought by Christ is not restricted to His death on the cross.

-R.C. Sproul
“Jesus and His Active Obedience”
from an excerpt of his teaching series, “What Did Jesus Do?”
Ligonier.org

The video and transcript (you can access both by clicking the link above) were posted online on February 16th, and a Facebook friend (amazingly, someone I’ve actually met once face-to-face) posted the video and some commentary on his own Facebook page (I’m sorry I can’t actually embed the video into this blog post, since I can only find code to do that compatible with YouTube).

I don’t normally weigh in on this sort of thing, and I’ve been trying to distance myself from constantly reviewing and criticizing Christian sermons and teachings, but I’ve heard of Dr. Sproul before in relation to John MacArthur’s “Strange Fire” conference of a few years back, and I even reviewed Sproul’s Strange Fire sermon, so naturally, I was curious.

The video is less than four-and-a-half minutes long, so I figured it wouldn’t take up too much of my time to hear what he had to say. Besides, the people commenting on this snippet seemed mostly favorable of it.

In Passive Obedience, all Jesus had to do was obey God by suffering the pain and curse of dying on the cross so that we would all be absolved of our sins. Our sins are transferred to Jesus, he takes on the penalty of death for all our sins so that we don’t have to die, and we become innocent before God.

Sproul says we would be innocent but not righteous, sinless but with no track record of obedience, and thus not able to become righteous.

So what has to happen to make us innocent and righteous?

Sproul doesn’t think Jesus had a three-year ministry for nothing. In those three years, post his baptism by water and the Holy Spirit, Jesus lived a life consistent with Jewish religious and lifestyle praxis, but doing so perfectly, observing all of the mitzvot that applied to him as a Jewish male living in Israel during the late Second Temple period with an active Levitical priesthood and Sanhedrin court system (a lot of the mitzvot can’t be obeyed by a Jew living outside of Israel or in the absence of the Temple, the priesthood, and the Sanhedrin).

Active Obedience, according to Sproul, is Jesus deliberately observing all of the relevant mitzvot perfectly and without fault, failure, or even an occasional omission. He did so because his Jewish people were unable to be perfectly obedient. Thus Jesus was obedient for his people. His righteousness transferred to the Jewish people making it as if they had been perfectly obedient. 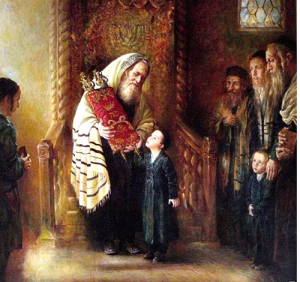 So what’s all that got to do with the rest of us, that is, we non-Jewish believers?

Sproul skips over the impact to Jewish Israel and goes into what this does for the modern Christian:

What does Jesus do? He obeys the Law perfectly, receives the blessing, and not the curse. But there’s a double imputation that we will look at later at the cross, where my sin is transferred to His account, my sin is carried over and laid upon Him in the cross. But in our redemption, His righteousness is imputed to us—which righteousness He wouldn’t have if He didn’t live this life of perfect obedience. So what I’m saying to you is that His life of perfect obedience is just as necessary for our salvation as His perfect atonement on the cross. Because there’s double imputation. My sin to Him, His righteousness to me. So that, that is what the Scripture is getting at when it says Jesus is our righteousness.

So somehow, Christ’s perfect obedience of the mitzvot, which made him perfectly righteous, transfers to us, we non-Jewish believers in Jesus, while his death on the cross allows our sins to be transferred to him, and thus Jesus died in our sins so we wouldn’t have to pay the penalty ourselves.

A nice, neatly wrapped little package. However, the package has a few holes in it.

Sproul didn’t tie any of this back to the New Covenant, particularly the New Covenant language we find in Jeremiah 31 and Ezekiel 36, nor did he account for the fact that Jeremiah 31:31-34 states that the only two named participants of the New Covenant are the House of Judah and the House of Israel. The non-Jewish nations are not included (it takes a lot of study to actually find the connection, so you might want to review this summary for some of the details).

So how can Christ’s righteousness because of his Torah obedience have anything to do with us? At best, it would transfer to the Jewish people across all time because he perfectly obeyed the mitzvot when Jewish people aren’t always perfect (who is?).

Then he believed in the LORD; and He reckoned it to him as righteousness. 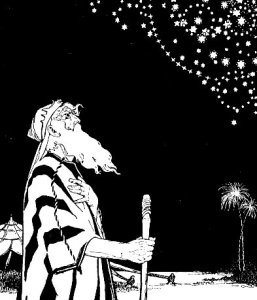 Granted, the issue of righteousness is more complex than this, but it would seem that at its core, having full trust in God is the very essence of righteousness. Everything else flows from that trust.

Beyond all this, Sproul doesn’t say what happens to Torah obedience post-crucifixion, resurrection, and ascension. If Sproul is a traditional fundamentalist Christian Pastor, he most likely believes that once Jesus “fulfilled” (annulled) the Sinai covenant God made with Israel, it ceased to have any continued function for the Jewish people. Since no one but Jesus could keep the commandments perfectly, no one could earn perfect righteousness on his or her own.

Nor did they need to. All they had to do was come to faith in Jesus Christ, his obedience to God through the Torah, and his atoning death on the cross, and he or she would merit full righteousness and total forgiveness of sins (In other words, Jewish people would have to give up Jewish religious practice, stop being Jews, and convert to Christianity, all in order to worship their own Jewish King).

Sproul does weave a tale that has Jesus living the life of a totally obedient and observant Jew, but only for the purpose of attaining perfect righteousness that could then be transferred to his believers.

If you are a regular reader of this blogspot, I’m sure you realize that I disagree with Dr. Sproul about the nature of the covenants and the part the New Covenant plays in the ultimate redemption of the Jewish people and national Israel.

I told one of my sons the other evening (his mother is Jewish, so he’s Jewish) that Jews are the only people who are born into a covenant relationship with God whether they want to be or not.

I realize that, relative to Genesis 9 and the Noahide covenant, the same could be said for all humanity, but most of humanity doesn’t know and doesn’t care about the covenant God made with Noah and its presumed relevance to us today.

On the other hand, even a secular Jew is at least aware of the Mount Sinai event, the covenant made by Hashem, and the stated set of responsibilities and obligations the Jewish people have to God, to the Torah, to the Land of Israel, to humanity, and to the planet. They just choose to disregard those responsibilities (or most of them) for whatever reason. 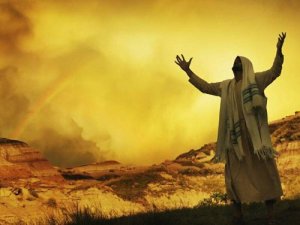 Rav Yeshua (Jesus) is the mediator of the New Covenant. Yeshua’s coming was indeed a pivotal point in not only the history of the Jewish people, but human history. He came as a messenger to demonstrate that all of the New Covenant promises God made to Israel would indeed come to pass over the course of time. Hashem sent Yeshua to make a partial payment on those promises.

Those down payments are highlighted in a sermon review I wrote a year-and-a-half ago:

He also said that the sign of the New Covenant is the outpouring of the Holy Spirit, which we see famously in Acts 2 with the Jewish Apostles and Acts 10 with the Gentile Cornelius and his entire household. We also know from 2 Corinthians 3:3, 2 Corinthians 5:5, and Ephesians 1:13-14 that the Holy Spirit given to believers is but a down-payment, a token, a small deposit on the whole sum that will not be delivered in full until the resurrection.

Click the link above to find out more about the purpose of Rav Yeshua’s life in Israel, walking among his people, observing the mitzvot, and developing a following as a Rav.

I don’t mean to bang on Dr. Sproul. He’s probably a very nice man who really believes everything he says, but without the slightest thought to what it does to the Jewish people, the primacy of Israel in God’s redemptive plan, and all of the “Old Testament” prophesies that don’t happen to jibe with what he believes about Jesus.

I can’t allow myself to care about all of the different opinions out there that don’t agree with mine held by hundreds, thousands, or tens of thousands of Christian Pastors worldwide, whether their influence extends only to the four walls of their local church or, like Sproul, whose influence extends to anyone with Internet access. If I let all that bug me, I’d probably go nuts.

But some people who I know or at least am acquainted with, seem to think Sproul has the corner market on the purpose of Jesus relative to the Torah, to the Jewish people, and to the Christian Church. I don’t believe, for the reasons I stated above, that Sproul is teaching a Biblically sustainable doctrine in this short video excerpt (and that statement probably sounds astonishing to some).

I’m writing this to say there’s another way to look at scripture that I think is more sustainable and that takes all of the Bible into account as a single, unified document. No carving up or allegorical interpretations are required.

23 thoughts on “R.C. Sproul, Jesus, and the Doctrine of Active Obedience”