I’ve come across a very interesting Wiki called WikiNoah.org which bills itself as:

Everything worthwhile to know about the Bnei Noach movement. The Online Encyclopedia about the Noahide movement created by observant Noahides and Jews.

Since I’ve been writing a series of blog posts on a comparison between Noahides and those who call themselves “Messianic Gentiles” (and finding a lot of common ground between the two groups), I decided to take a closer look. The following got my attention:

Within Judaism it is a matter of debate whether all Christians should be considered Noahides.

While Christianity appears to conform to six of the seven Noahide laws, an informal comparison of the Nicene Creed and Noahide Law reveals that three major theological teachings may involve a violation of the Noahide prohibition against idolatry.

In summary, classical idolatry has been clearly defined by Jewish Law. Christianity, however, has been defined as something less. The problem is defining how much less, and for what purposes.

-from Christianity and Noahide Law
WikiNoah.org 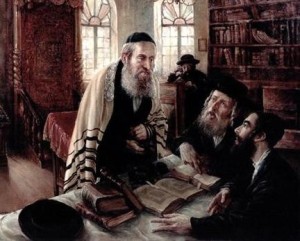 I realize I’m treading on somewhat thin ice, so to speak, because this is a single source, and Jewish opinion on any topic rarely is defined by a single source. Nevertheless, this also stands in sharp relief to some Jewish opinions I’ve recently read in the religious blogosphere stating that Christianity is unequivocally idolatrous.

Granted, there are multiple Rabbinic legal opinions on this topic.

Maimonides most definitely considered Christianity “avodah zarah” (loosely translated as “idolatry”), while Rabbenu Tam and his fellow Tosafists did not condemn Christianity as idolatry (all this can be found at the wiki page for the article from which I’m quoting so just click the link above). There are also many other Rabbinic views on Christianity.

For instance Rabbi Moses Rivkes who lived in Lithuania in the 17th century said:

R. Elazar ben Azaryah said, “If there is no Torah there is no culture [derekh eretz]” – The word “Torah” here cannot be meant literally, since there are many ignorant people who have not learned it, and many pious among the gentiles who do not keep the Torah and yet are ethical and people of culture. Rather, the correct interpretation seems to me to be that every people has its own religion [dat Eloki] which comprises three foundational principles, [a] belief in a revealed Torah, [b] belief in [Divine] reward and punishment, and [c] belief in an afterlife (they disagree merely on the interpretation of these principles). These three principles are what are called here “Torah”.

Rabbi Zevi Yehudah Kook was a rabbi, leader of the Religious Zionist, Mizrachi movement in Israel, on the other hand resurrects many of the classic anti-Christian polemics with a vigor not seen for centuries. Among them: Christianity should be dismissed as an internal Jewish heresy; G-d the creator clearly cannot be a man; the Jewish G-d is alive whereas the Christian’s is dead. Christianity is the refuse of Israel, in line with the purported ancient Talmudic portrayals of Jesus as boiling in excrement. 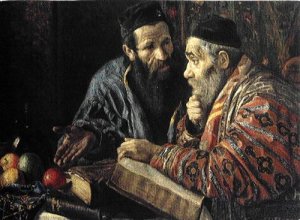 I say all this not to make a personal statement of whether or not Christianity is idolatry. I don’t believe it is. What I’m attempting to do is illustrate that the viewpoint on Christianity, whether or not it is idolatry, and if Christians, from a halachic perspective, can be considered Noahides, is highly complex, and there isn’t a uniform Jewish opinion on the matter that “settles” it once and for all.

A nice summary of this thought can be found on another WikiNoah page:

Some rabbis in the Talmud view Christianity as a form of idolatry prohibited not only to Jews, but to gentiles as well. Rabbis with these views did not claim that it was idolatry in the same sense as pagan idolatry in Biblical times, but that it relied on idolatrous forms of worship (i.e. to a Trinity of gods and to statues and saints) (see Hullin, 13b). Other rabbis disagreed, and did not hold it to be idolatry. The dispute continues to this day. (Jacob Katz, Exclusiveness and Tolerance, Oxford Univ. Press, 1961, Ch.10)

Of course, it would stand to reason that Messianic Jews do not view themselves nor the non-Jews in their midst as idolators, since although covenant status and religious praxis differs between Jews and Gentiles within the “Messianic” context, they both possess the same faith in Hashem, God of Israel, and loyalty and fealty to King Messiah.

And citing a 2007 ruling by the Jerusalem Court for Bnei Noah:

A recent ruling by the Jerusalem Court for Bnei Noah has ruled that it will not allow people from a Christian background to take the The Noahide Pledge if they believe that Jesus was Messiah. However they state that this is based on procedural and not halachic considerations. They state that another court may accept the Noahide pledge from such a person and it may be completely valid.

So while traditional Christians as well as “Messianic Gentiles,” would not be allowed to take The Noahide Pledge according to the Jerusalem Court, this is not a universal ruling, nor does it represent halachah, but rather legal procedure.

I’m obviously sidestepping Hashem’s point of view on the matter, but I’m not writing this to share what I believe God thinks about us. I just want to illustrate that Jewish opinion on Christians, Messianic Gentiles, and Noahides isn’t a “slam dunk” as some folks might have you believe.

In Messianic Days, the devoted disciples of Rav Yeshua will be supported and affirmed and all the difficulties we have in comprehending who we are relative to each other and to God will be swept away. I suspect we will all have our eyes opened one way or another. In the meantime, we do what we can to understand ourselves and the people around us, hopefully treating each other as people all made in Hashem’s image, regardless of how we may otherwise disagree.

Some of my blog posts in this series comparing Noahides and Gentiles devoted with our Rav within the context of Messianic Judaism have stimulated interesting discussion, both on this blogspot and on Facebook. I hope today’s “morning meditation” will help continue the conversation.

18 thoughts on “Are Christians and “Messianic Gentiles” Idolaters According to Judaism?”