I found something interesting, or rather, a link to something interesting, on a closed Facebook group for Messianic Gentiles: a Ger Toshav Certificate. It seems to be something a non-Jew would attest to and sign within the confines of a Jewish community in which he/she is participating. It refers to formalizing their relationship as Ger Toshav/Giyoret Toshevet, an “Affiliate of the Tribe. 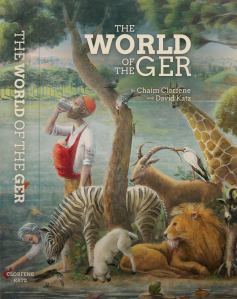 I checked, and on the site’s About Us page, they state their site is housed at the Reconstructionist Rabbinical College in Wyncote, PA.

Someone else in the group posted a link to Shechinah.com and a rather lengthy commentary on the Ger Toshav.

I checked this too, and found the site owner is Rabbi Rayzel Raphael who, among other things, was ordained as a Rabbi within Reconstructionist Judaism, is a singer and songwriter, and has an affinity for pastel colors.

The information sources seem pretty liberal regarding Jewish/Gentile relationships, but I’m not sure that will work out well within the Messianic Jewish movement.

One of the apparent goals within some expressions of Messianic Judaism is to define it as primarily to exclusively Jewish, created for and administered by Jews living under Conservative or Orthodox praxis.

Since historically, the Messianic Jewish and Hebrew Roots movements have been associated with Evangelical Christianity, it is seen as important not to give the appearance of Messianic Jews being just “Christians in Kippahs.”

Thus the goals of at least some Messianic Jewish groups, and probably a large number of Messianic Gentiles, are at odds with one another.

How can a Jewish community be said to be primarily or exclusively Jewish if it has a majority membership of Gentiles, and particularly if they are given official status within that community based on public declarations of participation, and perhaps even serving on their administrative board?

On the other hand, many, many Messianic Gentiles desperately seek to belong as equal members of Messianic congregations.

I used to be like that, but those ideas slowly began to unravel and ultimately, for many reasons, not the least of which is being married to a non-Yeshua believing Jewish wife, I ceased my personal association with both Messianic Jewish worship and attending a Christian church.

It’s left me somewhat in limbo (you should pardon the expression), but for me, there doesn’t seem to be a viable option for community, barring this blogspot.

My question is, for those non-Jews who do want to belong and be recognized within Messianic Judaism, do these ideas culled from Reconstructionist Judaism make any sort of sense, or are they just wishful thinking?

I know non-Jews can participate widely within the Reform and Reconstructionist movements, but within their own religious branches, these Jews have nothing to prove.

Within Messianic Judaism, it’s quite the different story. Any hint of “Christianity” within their midst, and every other branch of Judaism, as well as secular Jews, would drop MJ Jews like a hot rock (or that’s the perception at least).

What about it? Are non-Jews doing the Messianic Jewish movement any favors by clamoring to be let in? Maybe we should be content to be accepted within whatever religious group that will have us and that we can tolerate, or even find a home in, and call it good.

14 thoughts on “The Ger Toshav Certificate Within Messianic Jewish Community”