For example, (Paula) White hosted a controversial Messianic-styled teacher named Ralph Messer, on her television program in 2009 to explain the meaning of Passover. Messer is the founder of Simchat Torah Beit Midrash, a school and congregation that teaches the “Hebrew Roots of the Christian Faith” and is perhaps best known for performing ceremonies during which he will wrap church leaders in a Torah scroll.

In the segment on White’s television program, Messer offered his own explanations to White about “Passover’s meaning to Christians.”

from “Evangelicals Are Falling in Love with Passover – Is There Anything Wrong with That?”
written by Sam Kestenbaum for
Forward.com

Is there anything wrong with that? Depends. Paula White and Ralph Messer aren’t, in my opinion, particularly credible representatives of Christianity and Messianic Judaism respectively, so I would tend to discount their input.

Of course, “Forward” would be likely to pick such poor examples of those two traditions in order to re-enforce the exclusive Jewishness of Passover.

I kind of don’t blame them, actually. Here’s another example of why:

Bakker, who sat alongside Cahn at the head of the stage, added enthusiastically: “It’s not a Jewish holiday, it is a fantastic Christian time,” he said. “I mean, every detail of Jesus is in the Passover.”

Cahn sought to clarify. “It’s both. It’s Jewish and Christian, because it’s all one.” Jesus, Cahn said, “is the center of the church and Israel, really we’re supposed to be one.”

Well, that was horrible. I know that in the future Messianic Age there may well be aspects of the Passover that can be applied to the Gentile (certainly not partaking of the Pascal meal however), and maybe there can be some takeaways for the Gentile believer in the present age, but we’d better watch our step.

Bakker’s statement about Passover being a Christian rather than a Jewish holiday is outrageous. Sure, Cahn backpedaled for him and said it’s both Christian and Jewish, but who was the original Passover directed at? Certainly not Christians who didn’t even exist yet. 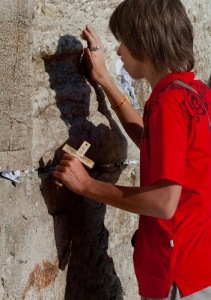 There are times when I get a little tired of churches seeing “types and shadows” of Christ in every little detail of the Tanakh (what Christians call the “Old Testament”), as if Passover and many other sacred events had no intrinsic meaning to Israel in and of themselves.

Christianity just can’t stand being left out of the party, so it has to rewrite the invitations to exclude the Jews and bring in the Evangelicals.

But then there’s this:

“As Messianics, we see ourselves as a bridge,” said Mitch Glaser, head of Chosen People Ministries, another major Messianic organization. “With anti-Semitism on the rise, we want more evangelicals to be pro-Jewish and pro-Israel. Helping evangelicals see the Jewish roots of their faith is a way to open that door.”

Yes, the flip side says that by encouraging Christians to embrace the Passover, it could actually reduce anti-Semitism in the Church. Maybe, but it seems to be re-enforcing supersessionism | replacement theology, which is hardly desirable.

The article does cite both Christian and Jewish objections to Christians holding their own seders:

A 2014 article on the website Religion Dispatches — written by a Christian and titled “Why Christians Should Not Host Their Own Passover Seders” — the author decried Christian Seders as theologically dangerous and culturally insensitive. “One of the privileges that comes with being part of the majority culture is that nobody is likely to call you out on your cultural appropriation,” the post read. “So, call yourself out. Don’t host a seder.”

And Rabbi A. James Rudin, director of interreligious affairs at the American Jewish Committee, previously denounced Christian Seders as “distorting the meaning” of the Seder by introducing Jesus into the ceremony — imposing a Christian reading onto what Rudin sees as the true Jewish narrative.

And of course, Christians who choose to hold their own seders often aren’t really attempting to observe all the traditions of Passover:

This evangelical fascination with Passover also appears mainly focused on the Seder, just one part of the traditional Jewish observances of the holiday. Jews also abstain from eating any leavened foods for the eight days of Passover. For the most observant, the first and last two days of the holiday are spent in synagogue in prayer.

That’s actually a good thing since there’s no actual attempt to “observe” Pesach in the Church in the manner of the Jewish people.

I’m a Gentile believer in Yeshua (Jesus) as the Jewish Messiah King, and I’m married to a Jewish wife who is not a believer.

Every year, we have our small family seder, and even though I’m not Jewish, because my wife and children are, I attend the seder and lead in the readings.

If I have my own personal interpretation of what the seder and the Passover season means to me, it is kept within the privacy of my own mind and heart.

I know there are “Messianic Gentiles” who have a more liberal view on this issue, but my perspective is born out of painful experience, both within the family and in more congregational venues. 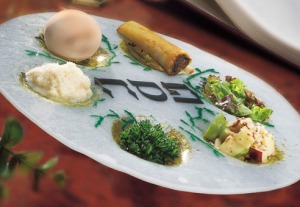 Ultimately, people will approach Passover based on their identity, beliefs, and often on their desires. I only represent my personal point of view. It’s a wonderful thing for a Gentile to be invited by a Jew to join their seder (and depending on the branch of Judaism involved, it might be forbidden to invite a non-Jew), but just remember, it’s their seder, not ours.

If we are invited now or in the age to come, it is an act of graciousness. It’s not our right to be there.

41 thoughts on “In Response to Evangelicals Embracing Passover”